World Mental Health Day Reminds Us That We Are Not Alone, Even When It Sucks

You are not alone. 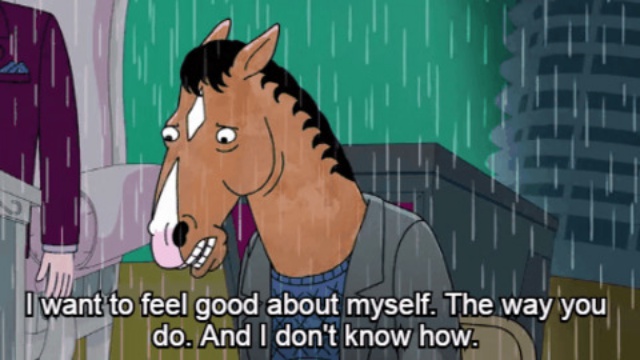 World Mental Health Day means that at least for a day on the internet, many people have space for them to know, and hear loudly, that it’s okay. It’s okay to be sad, it’s okay that your brain doesn’t have the same wiring as everyone else and it’s okay to have a bad day. You aren’t alone.

Looking at The National Alliance on Mental Illness (NAMI) statistics on the prevalence of mental illness in the United States, it illustrates the importance of de-stigmatizing it and allowing people to get easy access to the treatments they need.

So.. it’s #WorldMentalHealthDay today. As someone who had a breakdown and was sectioned in my 20’s I’m here to tell you that there’s no shame in talking about it if your struggling. I haven’t done too bad since! Go easy on yourself today, and get some help if you can. X pic.twitter.com/dhLOBN9FQV

On #WorldMentalHealthDay, let’s remember that not all illnesses are physical. You never know what people are going through. Show compassion.

just a friendly reminder that it’s okay to:

•worry about yourself
•ask for help
•need a friend
•not be okay#WorldMentalHealthDay pic.twitter.com/EN4AJ0WZW2

* Serious mental illness costs America $193.2 billion in lost earnings per year.1
* Mood disorders, including major depression, dysthymic disorder and bipolar disorder, are the third most common cause of hospitalization in the U.S. for both youth and adults aged 18–44.
* Individuals living with serious mental illness face an increased risk of having chronic medical conditions. Adults in the U.S. living with serious mental illness die on average 25 years earlier than others, largely due to treatable medical conditions.
* Over one-third (37%) of students with a mental health condition age 14­–21 and older who are served by special education drop out—the highest dropout rate of any disability group.
* Suicide is the 10th leading cause of death in the U.S.,20 the 3rdleading cause of death for people aged 10–1421 and the 2nd leading cause of death for people aged 15–24.
* More than 90% of children who die by suicide have a mental health condition.
* Each day an estimated 18-22 veterans die by suicide.

Mental health problems are NOT

#WorldMentalHealthDay is an opportunity to reflect on how we can support each other through difficult times. https://t.co/IZbhui0osX #WMHD17 pic.twitter.com/0If0hCSPNl

As someone who came from an immigrant family, it took me a while to get past my own fears and finally take steps to put a name to what had been inside me since I was a child: anxiety.

It is my albatross that I have spent my life trying to manage. Sometimes it is a small feeling of discomfort in my chest. Other times it is a voice in my head telling me that everything I fear, all my insecurities are true and one day I’m going to alienate everyone in my life.

It’s easy to see why I love Bojack Horseman right?

Taking the step to get help was huge, but as a result, when that voice in my head comes I can allow myself to cry for a moment, let myself be sad and then move on. I have stopped being haunted by my own head.

#WorldMentalHealthDay remember it is okay not to be okay. If you’re struggling talk to someone, anyone. You’ll find people really do care. pic.twitter.com/eUSxefOxyA