An Uninspired Men in Black: International Wastes the Chemistry of Its Two Leads 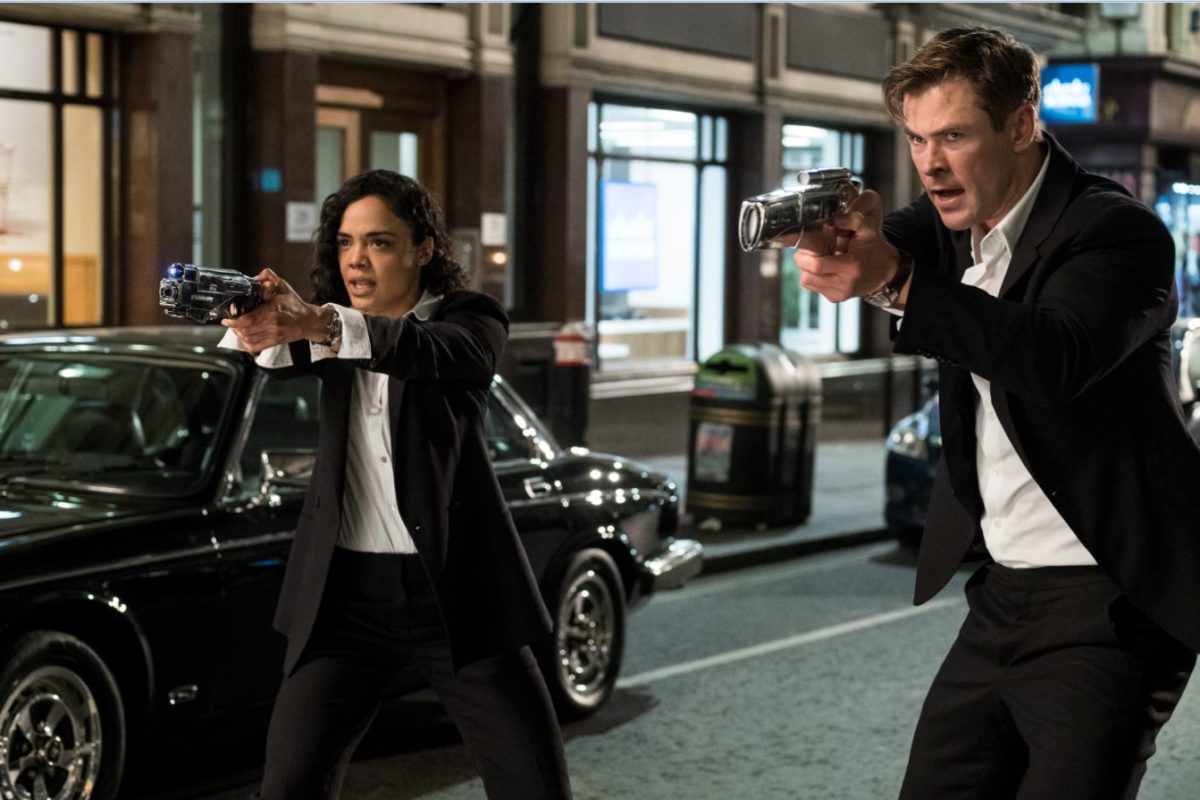 There’s nothing more frustrating than wasted opportunity. That’s all I could keep thinking as I sat in the theater watching Men in Black: International: what a waste. This movie has everything going for it: a fun pop franchise, a charismatic and talented cast, a more than capable director, and buckets of cash invested in it. This film had every opportunity to be a blast, so why did it feel so leaden?

The film follows Molly/Agent M, a no-nonsense woman who has spent her life trying to find the MIB after an alien encounter in her youth. Once she tracks them down, she is recruited by O (Emma Thompson, always welcome) as a probationary agent and is sent to London for her first assignment. There, she meets the head of the London branch, High T (Liam Neeson) and pairs up with the cocky, Bond-like Agent H (Chris Hemsworth) as they work to uncover a mole in MIB.

Hemsworth and Thompson, who displayed terrific buddy chemistry in Thor: Ragnarok, seem to be having less fun in the MIB universe. Their characters are too wound up in incomprehensible plot developments (an alien assassination, a stolen weapon) and constantly on the run across the globe to develop any solid repartee. Both actors do the the best they can with the material, and Hemsworth is always a delight when he plays overly cocky yet stumbling heroes.

The film, like others in the franchise, has its share of fun alien co-stars, including What We Do in the Shadows‘ Kayvan Novak as multiple aliens and Kumail Nanjiani as a pocket-sized warrior called Pawny. Rebecca Ferguson appears briefly as a three-armed alien arms dealer and former lover of Agent H, but she’s largely wasted in a thankless role. I couldn’t help but think that the film would be better served by making her the main villain, as opposed to the painfully obvious MIB mole.

The locales in which they film (Paris, Morocco, Italy) are beautifully shot, but with little logic or creativity behind each set piece, the film lacks a light, effortless touch. Everyone is trying very hard, and it shows, when it should feel breezy and effortless. And the action set-pieces just don’t feel exciting or fresh. It’s a shame, because director F. Gary Gray gave us the highly entertaining The Fate of the Furious, so he knows how to craft an action sequence. The final fight scene is especially disappointing, shot in dark shadows with little enthusiasm or originality.

When the first Men in Black premiered in 1997, it was lauded for its original storytelling, kinetic action set-pieces, and the odd couple chemistry of Will Smith and Tommy Lee Jones. Since then, none of the sequels or spin-offs have been able to harness the same witty energy of Ed Solomon’s original screenplay.

MIB: International was a golden opportunity to revitalize a flagging franchise, and it should have been a home run. But what brief entertainment there is to be had while watching the film instantly fades upon leaving the theater. The franchise and its stars deserved better than this disappointing outing.