Apparently the Real Conflict in Men In Black: International Was Behind the Scenes 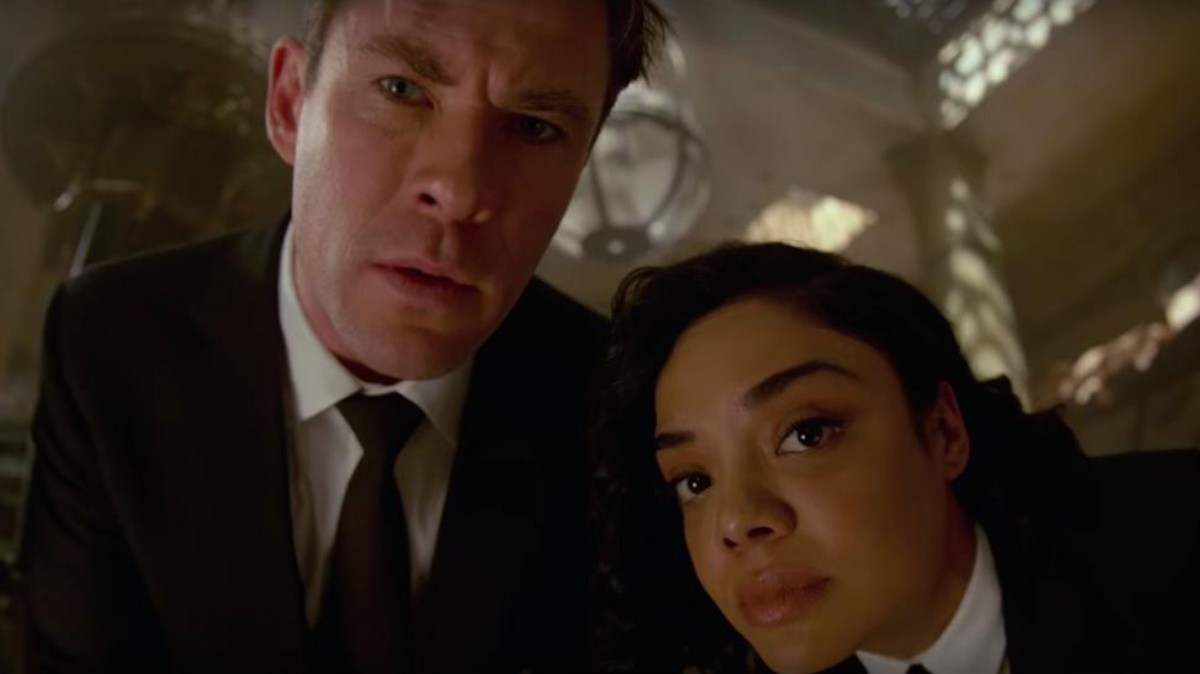 Men in Black: International, despite staring the dynamic duo of Chris Hemsworth and Tessa Thompson, has underperformed at the Box Office—the latest big franchise movie to do so in this small summer slump. Now, stories are emerging in The Hollywood Reporter from Sony detailing the turmoil that has faced the behind-the-scenes production of the film, turmoil that almost made director, F. Gary Gray leave entirely.

Sony’s issues began when it was trying to decide which franchise it should continue, the Men in Black films or the 21 Jump Street films, the latter even having a stinger scene that showed a potential Men in Black/21 Jump Street crossover. While that was a possibility, due to Jump Street producer Neal Moritz not wanting to compromise on his ” first-dollar pact” they decided to pivot to a Men in Black reboot, according to sources.

Getting Will Smith and Tommy Lee Jones back was seen as too expensive and not “a forward-looking proposition,” so instead they looked for younger more current stars for the movie and a female co-lead. Yet with the movie now having underperformed at the Box Office, even compared to Men in Black 3 (which a lot of people don’t even remember seeing despite it being one of the highest grossing movies of 2012), it seems that if trying to have a more forward-looking and less expensive approach it didn’t work out.

Where the conflict seems to have been centered is between director F. Gary Gray (The Fate of the Furious) and producer Walter Parkes. Apparently the two clashed on the vision for the movie, which was written by Art Marcum and Matt Holloway (Iron Man/Transformers: The Last Knight), with early drafts that were “edgier” and tied the story to the current debate surrounding immigration. However, Parkes had final cut on the film and oversaw several re-writes that stripped away at the more modern sensibilities that brought Thompson and Hemsworth into the project and created confusion, because they were getting new pages every day.

It got so bad that they apparently hired their own dialogue writers to try and make something work. One of the complaints I’ve heard is that the movie doesn’t really take advantage of the chemistry and charm of Thompson and Hemsworth’s friendship. If this constant stream of re-writers is factual, then that probably explains why they weren’t being used to the best of their abilities.

Also, it upsets me that they did have a more topical script and they didn’t use it well. While Men in Black wasn’t a “message” movie in the traditional scenes, it did have messages about individuality verses blind following and inherent bias. Think of Will Smith’s (Agent J) recruitment scene.

The others shoot at the scary monsters with abandon, not actually look at anything they are doing and J instead shoots at the young cut out of a girl because her presence is actually suspicious. When Zed tell the other candidates, “Congratulations, gentlemen. You are everything we’ve come to expect after years of government training,” it is a jab that hits the mark when you are old enough to understand it.

Gray tried to exit the production several times but was convinced to stay by the studio. In the end, the studio tested two cuts—one by Gray, the other by Parkes, with the version by Parkes, who has the ability to choose final cut, being selected (wow what a shock).

Too many cooks in the kitchen for sure. It’s disappointing that with a franchise that has so much promise and so much potential for fun, they couldn’t make something strong out of it.