So There’s Going To Be A Men In Black 4… 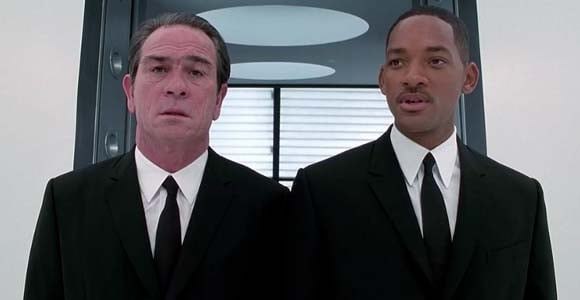 I almost used this picture for the top pic. Because really, people.

The Hollywood Reporter says Sony has just hired a writer for Men in Black 4. Oren Uziel has the opportunity to write the first draft as well as the task of working on the sequel to 21 Jump Street which takes priority.

“Men in Black 4 is in the early stages of development, and it is unclear to what extent franchise star Will Smith is involved at this point,” writes THR. “There are no deals for Josh Brolin or Emma Thompson to return, and the movie series is expensive to make for the studio because of backend participation deals with such players as Smith, director Barry Sonnenfeld and executive producer Steven Spielberg.”

I can’t be the only one surprised they’re going for a fourth installment, right?