More Delays for Men in Black 3 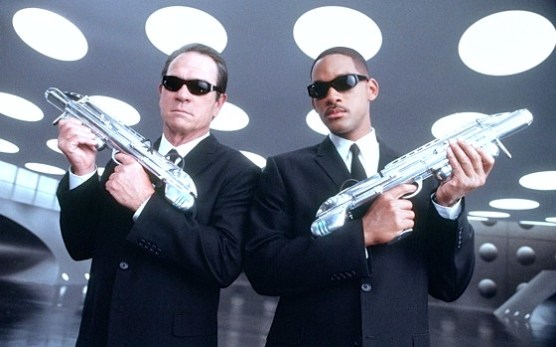 The original story was that the production crew for Men in Black 3 were going to wait until after the President’s Day holiday to take advantage of New York City’s warmer weather as well as its tax incentives. But then, the script started changing hands, causing more delays, and Josh Brolin — who will be playing a young version of Tommy Lee Jones’ character — was becoming less enthusiastic about the project. What’s going on? Are they planning to save this for Jaden Smith? (Please no, please no, please no …)

The first draft of MiB3 was written by Tropic Thunder screenwriter Etan Cohen in 2009, then passed on to Jeff Nathanson, who penned Catch Me If You Can and Rush Hour 2. And while Brolin was assuring potential audience members that MiB3 would be better than Jonah Hex, now he’s apparently “grumbling” about the hold-up.

Some are expressing concern over the plot, which involves traveling back in time and Agent J (Will Smith) meeting up with Agent K in the year 1969 (Brolin), where the movie will primarily take place. Scenes with the elder version of Agent K (Jones) have already been shot. This enables them to make alien jokes about celebrities of the 1960s, namely Yoko Ono and Andy Warhol. Nothing wrong with that, since the first two movies did the same thing (Michael Jackson even showed up to poke fun at himself), but this is a three-quel. Taking every precaution to get the script right is crucial for a well-received franchise. Do we really want to rush a movie that has Emma Thompson, Alec Baldwin, and Jermaine Clement in it? No. Let’s not screw this up. Especially if Frank is back, too.