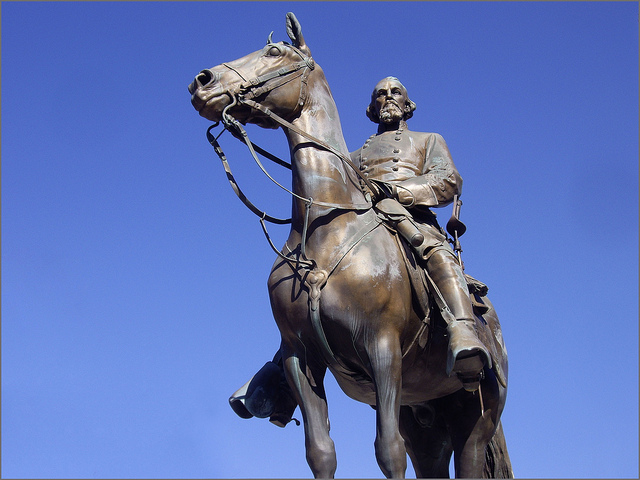 Two more confederate statues have been taken down, this time in Memphis, Tennessee.

One was a monument to Nathan Bedford Forrest, a Confederate general, Klu Klux Klan member, and slave trader. (You might recognize a different statue of Forrest in Franklin, Tennessee known as the ugliest Confederate statue in the country.) The statue was removed from Health Sciences Park on Wednesday evening. The other, a statue of Confederate president Jefferson Davis in Memphis Park, has removed as well. The NY Times reports this occurred to audience cheers and songs (including “Hit the road Jack”) at 9:01 PM, in reference to the city’s 901 area code.

Both will be stored at an undisclosed location. The story of the removal is an interesting one, as it required private owners to purchase the parks at $1000 each in order not to violate the Tennessee Heritage Protection Act. The Memphis City Council had voted unanimously on the measure to sell the park, and representatives emphasized getting rid of the statues before the 50th anniversary of the assassination of Dr. Martin Luther King Jr.

U.S. Rep. Steve Cohen said, “I commend Mayor Strickland and the City Council for finding a way to legally remove statues from an era that is not representative of Memphis today and have remained an affront to most of the citizens of Memphis.”