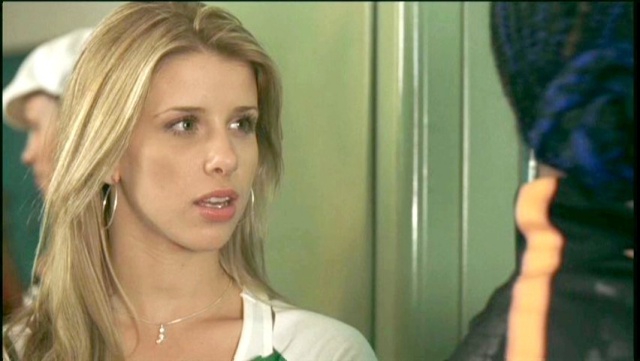 Melissa Schuman, a former member of the girl group Dream, tweeted on the 19th of November about her experience of being raped by Backstreet Boy singer Nick Carter.

The content of the blog post is really triggering, but like all victim accounts, it is important to read in order get the impact of what Schuman experienced. Also, just because this account hasn’t made national news everywhere doesn’t mean it is not important.

At the time of the alleged event, Schuman was 18 years old and Carter was 22. Carter lured her into a room saying that he was going to share with some new music, and he gave her alcohol. Schuman went because of course, this was Nick Carter, a member of one of the biggest boy groups of all time. However, she did not want to have sex with him—she was virgin and vocal about that.

After kissing for a moment, he took my hand and brought me into the bathroom adjacent to his office. He shut the door and we continued to kiss. I asked him what we were doing in there. He didn’t respond and continued to kiss me. He then pick me up, put me on the bathroom counter and started to unbutton my pants. I told him I didn’t want to go any further.

Carter then proceeded to forcibly perform oral sex on Schuman and then force her to do the same to him. He then raped her, even when Schuman said no, because she was saving herself for marriage. Carter didn’t care, and when Schuman woke up the next morning, she left and didn’t say anything, hoping that she’d never have to deal with him again. Schuman admits that she tried to tell her manager at the time but he advised her against speaking about it.

He was right. I didn’t have the money, the clout or access to an attorney who was powerful enough to stand up against my abuser’s legal counsel. I was told I would likely be buried in humiliation, accused of being fame hungry, and it would ultimately hurt me professionally as well as publicly.

Then Schuman signed with her new manager, Kenneth Crear, who ended up being a good friend of Carter’s. This placed Schuman in the heartbreaking position of having to stay on the side of powerful men who could affect her career, even if that meant not seeking justice for what had happened to her. She was forced to perform with Carter for a showcase, and then after was dismissed by Crear, who no longer had interest in signing her. Crear said her vocals during the duet with Nick were weak. After that, Schuman lost interest in music.

I told my therapist. I told my family. I told my friends. I have a plethora of people who can attest that I eventually became open vocal about my experience, i’ve just never had the platform to come out publicly.

When the news broke about the gross accusations of Harvey Weinstein, many of my friends and family asked me if I wanted to come forward with my story.

Then an article on RadarOnline about another potential victim of Nick Carter’s came out, and the comments section instantly started slut-shaming and victim blaming the anonymous woman. It was this that made Schuman decided to tell her story.

The victim in the above article remains unnamed and I can’t blame her. I can’t help but feel empathy for her as well as sicken by the lack of belief and support. There is nothing worse than being victimized and having others call you a liar. Or claim you are looking for 15 mins of fame.

Let me ask this simple question. Who the hell wants to be famous for being raped?

Schuman came forward in order to tell this other woman that she believed her, and to be heard by those who would so easily dismiss the claim because there is no name attached to it. Melissa Schuman was willing to put her name out there for the first time, because of the voices that have been speaking out as of late. That is a powerful thing, and I can only hope that this act, like all the other statements that have been released by victims, tells women that they are not alone.

I just want to thank everyone for the outpouring of love and support. Thank you for bearing witness to my story. Thank you for providing me a safe place to be open and vulnerable. I love you all. Thank you for aiding me in the healing that I so desperately needed. I am free now.