For Once in My Life, I've Said "Same" About Melania Trump | The Mary Sue

For Once in My Very Short Life, I’ve Said “Same” About Melania Trump 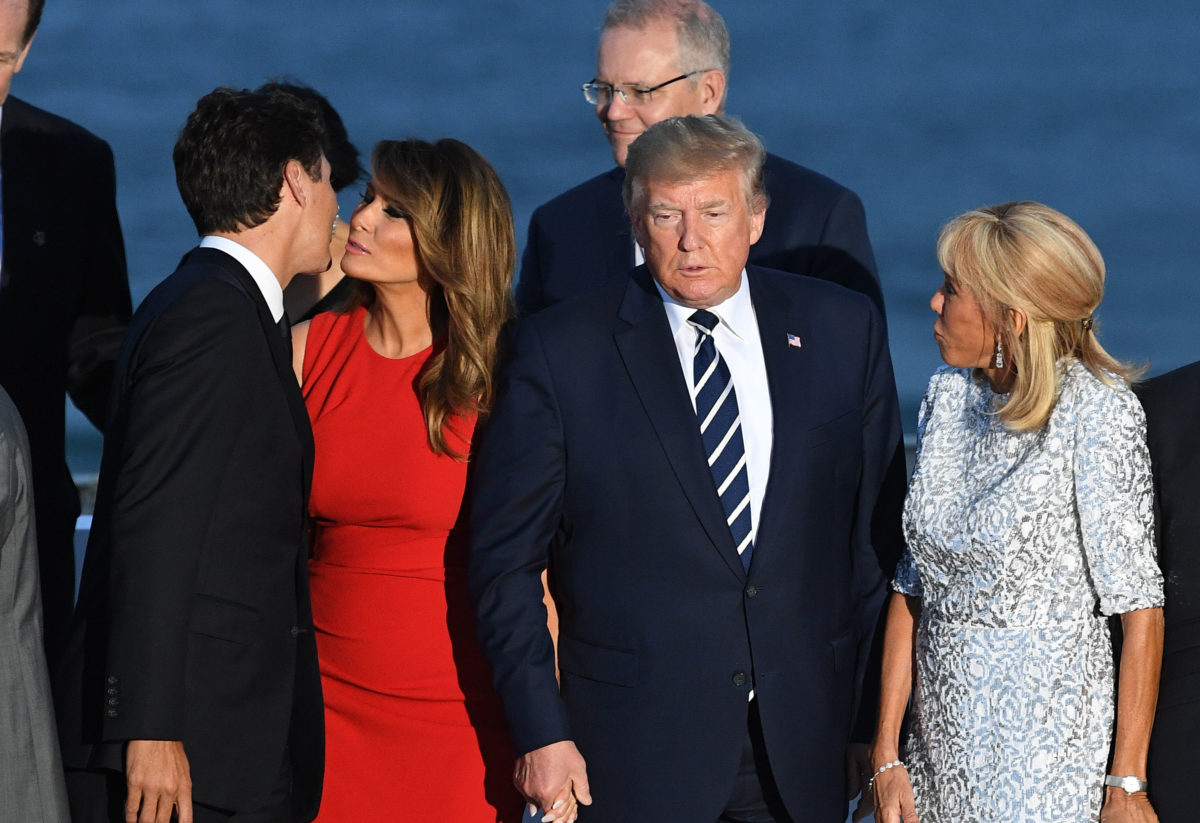 Look, let’s be honest: Melania Trump is just as much an accomplice to her husband and his racist rhetoric as the rest of the family, so mocking her can be fun. We tend to make fun of Be Best, her campaign to stop online bullying, because … it clearly hasn’t done anything, and her husband is the biggest online bully of them all. That being said, for the first time in the entire presidency of Donald Trump, we have finally found Melania relatable.

To be fair, she is looking lovingly into the eyes of Justin Trudeau, and honestly, who among us wouldn’t swoon for the Canadian Prime Minister?

At the G7 summit that Trump said he didn’t feel like he needed to go to, he was standing with world leaders surrounding him and Melania Trump greeted Trudeau with the most relatable of looks, while Trump clung to her. Gross.

From there, Twitter went off, giving Melania the meme treatment she probably doesn’t want.

Men, I pray that you can all find a woman who looks at you the way Melania looks at Justin Trudeau… #MelaniaLovesTrudeau pic.twitter.com/guWRMawuaU

Find us ONE pic of Melania looking at her husband like this. Just one. #MelaniaLovesTrudeau pic.twitter.com/nrRkn7Sf5L

Melania eyeing Justin Trudeau is the only thing that matters this week pic.twitter.com/3ev2uNHDUR

The Melania Trump meme but tailored specifically to me and my celebrity interests pic.twitter.com/R7W6vYvv4X

Looks like even Melania is thinking of an escape plan to Canada #MelaniaLovesTrudeau pic.twitter.com/LW6RyO2ULh

#MelaniaLovesTrudeau
Find someone who looks at you like Melania looks at Trudeau. pic.twitter.com/1Wa7SvCB5V

“I just love a man with brain cells”

Get yourself someone who looks at you like Ivanka and Melania look at Justin Trudeau. pic.twitter.com/1QO3xEPECQ

Anyway, let’s not forget that she wore this jacket going to visit detained migrant kids because, while this meme is funny, she’s still just as much a piece of garbage as the rest of the Trump family. (With the exception of Baron and the grandkids. They’re children.)

FLOTUS spox confirms Mrs. Trump wore a jacket to visit border kids that reads: “I really don’t care. Do you?” Spox says: “It’s a jacket. There was no hidden message. After today’s important visit to Texas, I hope the media isn’t going to choose to focus on her wardrobe.” pic.twitter.com/Bp4Z8n455G

Please send your best memes so I can forget that Donald Trump is the president and just pretend like the world is filled with memes and superhero movies. Thank you very much.