Melania Trump Wore a Green Dress to the RNC. You’re a Meme, Ma’am. 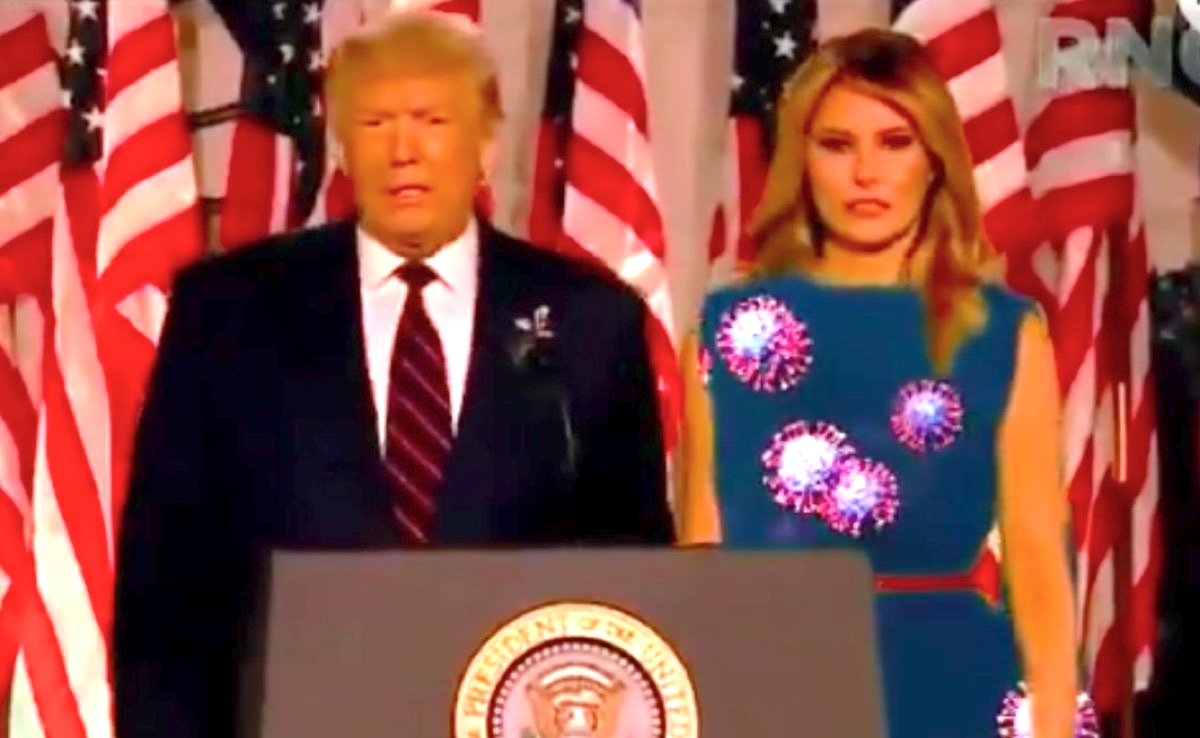 Melania Trump always has something to say with her outfits. Whether it was wearing a jacket that said “I really don’t care” to visit children detained at the border or her strange military look for her own speech at the RNC, she makes some choices. The truth is, Melania Trump could wear a trash bag and I wouldn’t care because I don’t have the time or the energy to care about what she does—except when she wears a bright green dress that can easily be turned into a green screen. Then I care.

I would like to thank whatever intern told Melania Trump that a bright green dress was a great choice for the last night of the Republican National Convention because you know someone thought about green screens while this choice went down. Taking to the stage after her husband ranted and lied for over an hour, Melania came out looking like she was colored in using highlighters.

The problem with this neon dress is that it straight up is the same color as a green screen, and when you’re married to the most hated man in the world, people are going to make fun of you. I wish I was technologically savvy enough to make one of these because I’d just project Donald Trump as Thanos onto the dress. But, the internet loves to make fun of the First Family, and boy oh boy did they.

We have green screen entry #4. Fitting – the opponent. pic.twitter.com/raVe0Kd6ri

Will Melania Trump learn from this moment and know to … not wear a bright green dress ever again? Probably not, and that’s fine. We can just keep putting her husband’s failures on the dress to make sure it’s broadcast loud and clear.