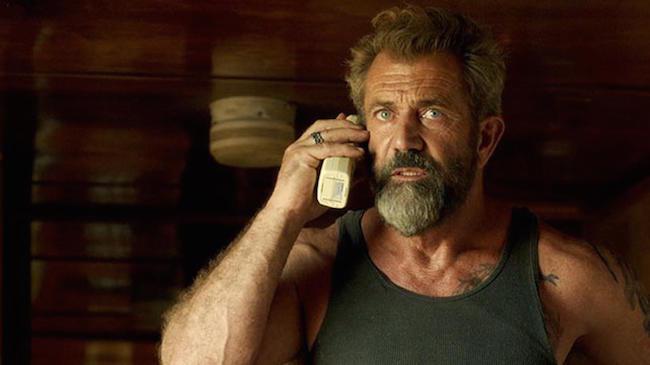 Mel Gibson welcomes the fact that abusers besides himself are finally facing some consequences for their actions. While promoting Daddy’s Home 2, a comedy which marks his new attempt to rehabilitate as a “family-friendly” star, Gibson was asked about the continuing fallout from the Harvey Weinstein scandal.

“Things got shaken up a little bit,” he said, “and there is a lot of light being thrown into places where there were shadows and that is kind of healthy. It’s painful, but I think pain is a precursor to change.”

Gibson, as he would like us all to forget, has also been caught on tape and admitted in court to abusing women. In 2010, the media released transcripts and recordings from a series of vicious, racist calls that Gibson had made to his former girlfriend, Oksana Grigorieva, who is also the mother of his daughter. “You look like a fucking pig in heat,” Gibson said, “and if you get raped by a pack of n*ggers, it will be your fault. All right? Because you provoked it. You are provocatively dressed all the time.” He also threatened her, saying, “I am going to come and burn the fucking house down,” “You need a fucking bat in the side of the head,” and “I’ll put you in a fucking rose garden, you c*nt.”

In 2011, he pleaded no contest when charged with misdemeanor battery of Grigorieva.

Gibson was also caught unleashing an anti-Semitic rant in 2006, when a police offer pulled him over drunk driving.

Now, given Gibson’s personal history, one could read this comment charitably: that the public airing of his own horrific behavior forced him to seek help and become a better person, so he hopes that the public shaming and naming of sexual harassers and assaulters will have the same effect.

But that would require evidence that Gibson himself has reevaluated and changed in the wake of the tapes and battery charge. Though Robert Downey, Jr. claims he’s a  “fundamentally different guy” now, and though Hollywood apparently think he’s fit to be the face of a family comedy, Gibson doesn’t seem particularly remorseful.

When asked about the incidents, he refers to them as part of a “rough patch,” and complains about his subsequent treatment. “It’s a pity that one has to be defined with a label from, you know, having a nervous breakdown in the back of a police car from a bunch of double tequilas,” he said to Stephen Colbert, “but that’s what it is.”

To Variety, he complained, “I guess as who I am, I’m not allowed to have a nervous breakdown, ever.” And to Deadline he said, “Who anticipates being recorded? Who anticipates that? Who could anticipate such a personal betrayal?”

A Gibson for whom the “pain” of exposure were indeed a “precursor to change” would own his behavior, instead of excusing it and whining about having to face the consequences. Despite what he said about the “healthy” effects of our current reckoning with sexual misconduct, it’s clear that Gibson himself isn’t willing to do the work to take his own public shaming and learn from it. Until he addresses the misogyny, violence, and racism he’s been guilty of, and until his own behavior upsets him more than the media’s write-ups about it, no one should take anything he says about sexual assault seriously.

(Via Jezebel; image via SND Films)