Mel Gibson Is in Talks to Direct Suicide Squad 2, Because, Why? Why. Why? 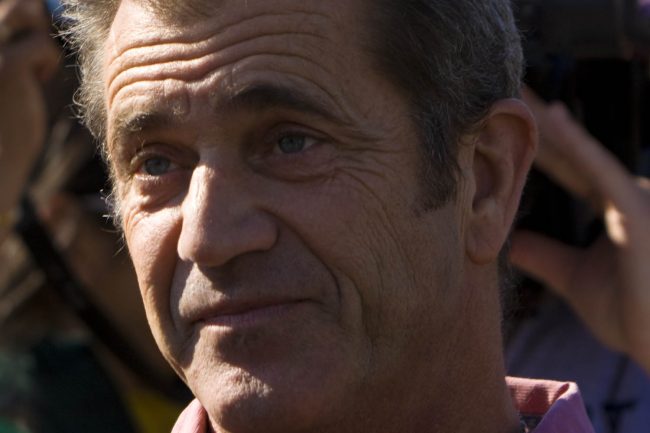 I know I’m pretty hard on the DC movies around here. But it’s not like I’m the only one. Man of Steel was a disappointment, followed by Batman v Superman and Suicide Squad, which were universally panned. But, of course, those latter two movies both got excellent returns at the box office, so it appears as though DC will be leaning into their current strategy.

I don’t know if “strategy” is the right word for this, but basically, DC is staying the course, even if that course drives them directly into the ground. In the case of the Justice League films, that means keeping Zack Snyder in place as the director going forward, in spite of film critics’ dislike of his work on Man of Steel and Batman v Superman. Meanwhile, David Ayer directed the first Suicide Squad and has since been tapped to direct Margot Robbie’s Gotham City Sirens movie… which I cited as concerning at the time.

If David Ayer’s busy directing Gotham City Sirens, though, then he must be too busy to take on the mantle of Suicide Squad 2. So, who does DC approach to ask? Mel Freaking Gibson.

I actually had to read this news multiple times, because of how bizarre it felt to me. When I read the headline, I mentally substituted Mel Brooks at first, which is hilarious for multiple reasons (why isn’t Mel Brooks directing Suicide Squad 2? Can we make that happen?). But sadly, it’s Mel Gibson.

Let’s recap my beef with Suicide Squad, shall we? I saw and reviewed this movie for all of you fine folks here at The Mary Sue. This is a movie that hinges upon the disturbing and abusive relationship between Harley Quinn and the Joker, and which invites us to sympathize with Harley as she decides whether or not she should leave Mr. J. That’s a storyline that will, presumably, continue onward in Gotham City Sirens and Suicide Squad 2, since it has a basis in the comic books.

However, Suicide Squad didn’t treat the idea of abusive relationships in a respectful way, so much as just include them as a conceit for shock value and quick drama. Since most of the Joker’s scenes got cut, it’s hard to draw any major conclusions about Harley Quinn and the Joker’s relationship in the movie, but what I did get to see didn’t exactly impress me with its nuance or anything. The movie also includes depictions of Chato abusing his wife and children (and, spoilers, ). There’s also a scene in which Slipknot punches a woman and, disturbingly, that scene is played for laughs. This is also a movie that is predominantly about men of color and these men are depicted as abusive and/or deadbeats–and, of course, this is a movie all about villains, so it’s pretty depressing that it’s also one of the only DC movies with a multi-ethnic cast. Above all, the theme of domestic abuse is one that could have been handled a lot more carefully in Suicide Squad, given the ongoing storyline between the Joker and Harley that we’re going to see unfold next.

The reason all of that matters is because Mel Gibson has a history of domestic violence, as well as a history of making bigoted comments against several marginalized groups: Jewish people, Black people, Latinx people, women, gay people… it would be easier to list groups that Mel Gibson doesn’t hate, at this point. The tapes of Mel Gibson making these comments came out in 2010, which really isn’t that long ago.

Although the news about Mel Gibson’s history of abuse, as well as the release of the comments he made, did seem to slow down Gibson’s career for a few years, he has returned to the public eye by now. Last year, Mel Gibson went on an “apology tour” of sorts, although he didn’t actually apologize so much as redirect the public’s focus. He recently directed a war drama called Hacksaw Ridge that just got nominated for six Oscars, including Best Picture. The consensus, at this point, seems to be that since he’s a good director, we should all forget about his abuse and his bigoted views. Does he still hold those views? Seems likely, given that he hasn’t apologized for most of the statements he made, and at this point it seems increasingly unlikely that he ever will. The public wants to forget, and Mel Gibson probably wants us all to forget, so… here we are.

Knowing that, does he really need to be the person to direct a movie that’s doubtless going to be about abusive relationships and feature a multi-ethnic cast? Like… really? Can’t he just stick to war dramas? I don’t really know why he needs to still be in the public eye in the first place, since you’d think he’d have plenty of residual income from all the other projects he’s done in his lifetime, but what do I know. In any case, I don’t see why Warner Bros./DC would be tapping him to direct Suicide Squad 2.

Now, the decision isn’t a sure thing yet, so there’s still some time for the production team behind Suicide Squad 2 to reconsider this choice–which I strongly hope happens. Gibson is merely “in talks” to direct, at this time. However, according to Variety reporter Justin Kroll, Gibson is the frontrunner for the directing slot, and that “if Mel wants it, it’s his.”

Couple updates on the SUICIDE SQUAD director search since I posted after a few calls. First if Mel wants it, it’s his.

Sigh. I didn’t think it was possible for me to be less excited about a Suicide Squad sequel, but here we are, I guess.

(via CBR, image via Kim Davies/Flickr)