Hold On, How Is Mel Gibson Still a Thing?

Slipped through the cracks. 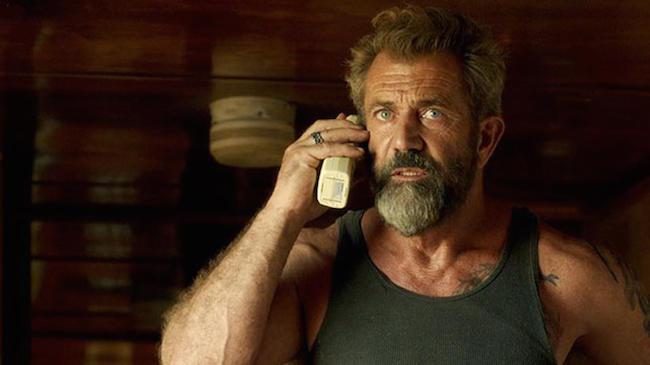 We are in a shining golden moment of not having to put up with the shit of horrible, abusive men in Hollywood. (And other industries!) Which makes it all the more apparent when one of said Bad Men slips through the cracks and continues to defy logic by remaining A Thing. Like, for instance, Mel Gibson, who has chosen the worst possible time for his planned comeback redemption story.

Following a few decades of full-on movie star and “Sexiest Man Alive” status, Gibson was recorded yelling antisemitic epithets at a police officer from the back seat of a police car. He kept his face out of movies for the most part for a few years, although he produced and directed a few during that time. Then in 2010, after the release of what was presumably supposed to be his comeback project, Edge of Darkness, recordings were leaked of the misogynistic and racist verbal abuse directed at his then-girlfriend Oksana Grigorieva, in which he also admits having physically assaulted her.

After all of that, Mel Gibson seemed to think that if he laid low for a few more years, he’d be able to slip back under the radar and reclaim his position as a top Hollywood player. I really, really wish everyone in the world had seen him for what he was and laughed in his face, laughed him out of his prestigious, lucrative career. Instead, he got a goddamn Oscar nomination for directing Hacksaw Ridge.

Now, Gibson is in the midst of a full-on comeback tour with the upcoming release of Daddy’s Home 2, in which he plays Mark Wahlberg’s no-nonsense, hard-ass father. This is his first co-staring role in years, and presumably, he (and those paying him what I assume are exorbitant piles of money) thinks this transition back to America’s Family Movie Star will be easier if he embraces a more villainous role. This is a blatant attempt to rewrite his racist, antisemitic, misogynistic history of abuse as a comedically self-aware “bad-boy” persona.

GQ looked at some quotes Gibson has offered by way of explaining his past behavior, all of which are utterly pathetic. Over the last few years, he’s tried writing off both incidents–the arrest rant and the abuse towards Grigorieva–as one single “rough patch.” He actually corrected Stephen Colbert, who asked about his “rough patches,” apparently assuming we’d forget that those two events were four years apart.

He also blamed the police officer who recorded him, as well as the media that covered his rants by using actual quotes from actual audio transcripts.

He told Colbert, “It’s a pity that one has to be defined with a label from, you know, having a nervous breakdown in the back of a police car from a bunch of double tequilas, but that’s what it is. Now, you know, this is not—that moment shouldn’t define the rest of my life.”

He told Variety, ” I was loaded and angry and arrested. I was recorded illegally by an unscrupulous police officer who was never prosecuted for that crime. And then it was made public by him for profit, and by members of—we’ll call it the press. So, not fair. I guess as who I am, I’m not allowed to have a nervous breakdown, ever.”

The answer to that last one is, of course, no one. But I’m also guessing that if most of us were secretly recorded, we might say a lot of embarrassing stuff that is not racist, not misogynistic, and not an admission of physically assaulting our romantic partners. As for the “drunk and disorderly” part, the last time I checked, alcohol doesn’t turn you antisemitic. You can blame tequila for making you rant like an asshole. (Full disclosure, I certainly have.) But generally, alcohol removes filters. It does not instill newfound false bigotry into your brain.

Mel Gibson is the level of celebrity that generally employs a large team to launch a movie, let alone a big-budget comeback. The people behind Daddy’s Home 2, as well as his management, agents, and publicists, could not have foreseen the current climate of outing awful, abusive men. So sorry to them that America is engaging in what so many perceive to be a “fad” of outing abusers.

A note to all those people: This is not a fad. We do not want your Mel Gibsons. If you try again in another four years, we will do all we can to keep him out then, too. The Weinstein Company’s first film released after all of Harvey’s awfulness was brought to light earned all of $742 domestic opening weekend. Netflix said bye boy to Kevin Spacey.

Audiences really do take notice when awful people put films in theaters, and the response is a hearty “no thank you.” We are refusing to put up with the awful men who have controlled Hollywood for far too long–like basically the entire existence of the entertainment industry. Let’s not let the worst of the worst slip back onto the ship as all the rats are fleeing, shall we?