Help, This Meghan Trainor Press Release Is Haunting My Nightmares 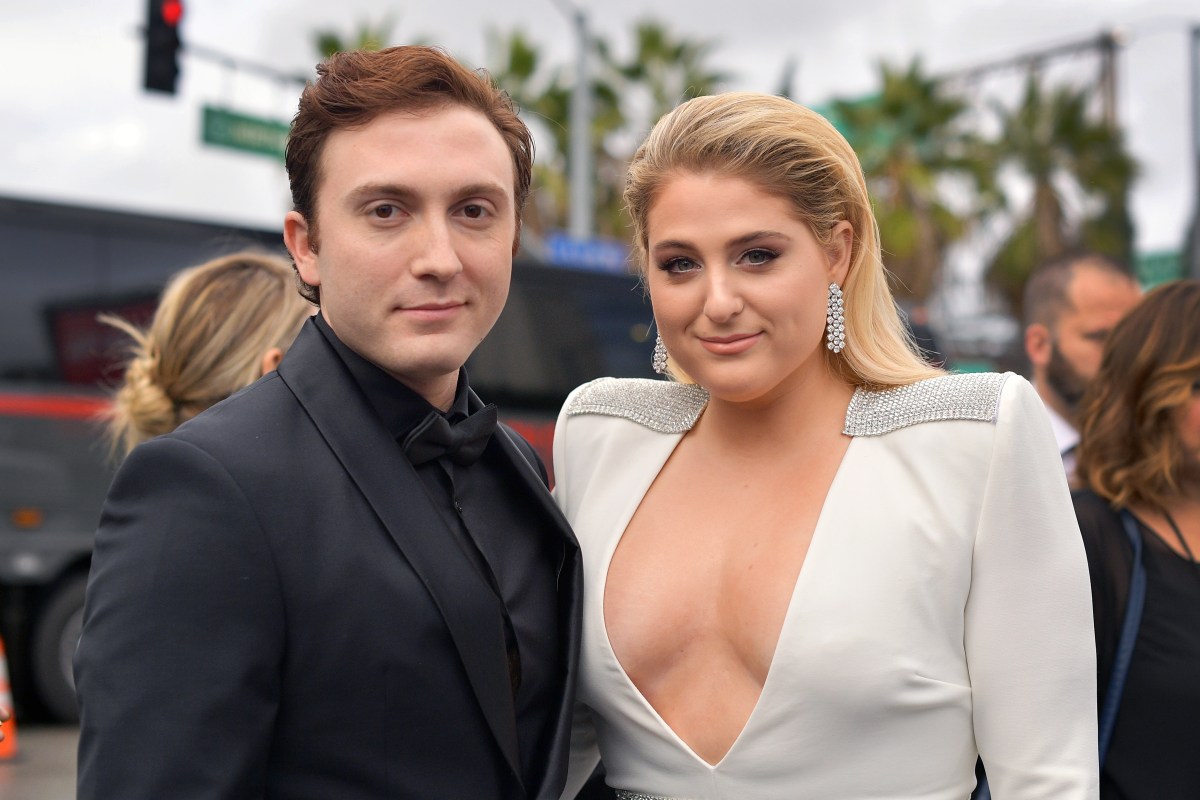 As writers for a pop culture website, we get plenty of press releases designed to promote the latest film/television series/video game. But sometimes, you receive a press release that is so over the top, so desperate to seem hip and relevant, that it becomes something else entirely. This happened with Thinx underwear’s deranged series of press releases, which used phrases like “Hey squirrelfran” and “astronaughty booty” in an effort to sell period underwear. No thank you.

But a new press release may be ursurping Thinx in the Hall of Ridiculousness. The release for Meghan Trainor’s song “All the Ways” features a TMI look at her marriage to former Spy Kid Daryl Sabara, and reader, it is upsetting. This is bonkers from the very first sentence”

“Valentine’s Day is around the corner, and whether you’re planning on smashing bae’s junk to smithereens or making out with a pint of Phish Food, you need some fresh Valentine’s Day bops to get you in the mood for L♡VE.”

“You know you want it. And you can freakin’ get it b*tch. On all digital platforms right HERE.”

Okay press release, you don’t know me well enough to call me bitch. That’s reserved for close friends, work associates, and anonymous Twitter trolls who hate my articles on Elon Musk. Take it down a notch.

“We know you want to hear songs about all the hot newlywed sex Meghan and Daryl Sa-BAE-ra are having (did you see what we did there?). Which is why you’ll love the banging’ single “All The Ways.” Billboard was wet for “All The Ways,” calling it “another fun, danceable track to fall in love with.” And would Billboard lie to you, girl?”

Correction: I do NOT want to know about all the hot newlywed sex Trainor and Sabara are having. And yes, I saw what you did there. It’s nothing to be proud of. Also, Billboard was wet? WET? Barfing forever. Are we to presume that Billboard magazine, which is again, a MAGAZINE, has a vagina capable of being aroused? What’s next? “This song gave Rolling Stone a raging boner?” I can’t believe I even have to type this in 2019 but please don’t assign genitals to trade magazines?

Here’s the thing: as someone who has worked both in PR and as a journalist, I know the challenges inherent in writing a solid press release. You want to keep things brief, get the salient information in there, yet remain entertaining enough to keep the attention of the reader who is going through dozens of press releases per week.

Before reading this press release, my knowledge of Meghan Trainor was limited to A) knowing she’s all about that base and B) knowing that she married Sabara. Now I know WAY too much about her sex life.

I wish I could unsee this. I wish we lived in a world where we were spared such a linguistic monstrosity. But we don’t. And because I had to suffer through this, I’m making all of you suffer as well. I’ll let the press release wrap it up, the only way it knows how:

“Choo choo betch! The Love Train is leaving the station and you better get on board.”