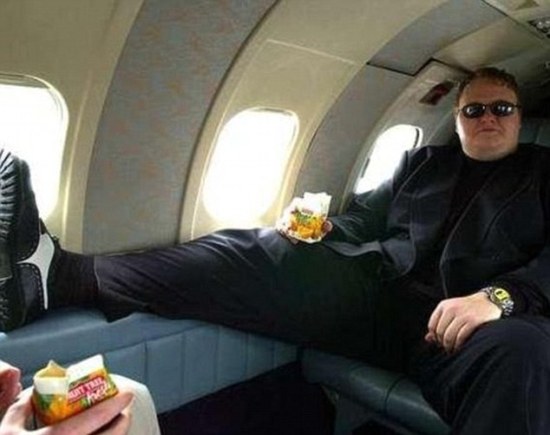 The whole MegaUpload case is far from over, but there’s just been a big turn in MegaUpload founder Kim Dotcom’s favor. A New Zealand High Court has found that the warrants executed to search Kim Dotcom’s sprawling mansion were actually illegal and as a result, all data acquired in the raid is potentially inadmissible evidence. On top of that, the Court has also ruled that the data exported from New Zealand by the FBI (via copying) was also illegally obtained. Things just got a lot messier for all the prosecutors involved.

The ruling comes down from Chief Justice Helen Winkelmann, who rules that the warrants executed to perform the search do not adequately describe the nature of Dotcom’s offense. As such, she ruled, they are too broad and therefore illegal. The other part of the ruling deals with whether or not the FBI broke the law when they removed the seized data from New Zealand. The contentious part here is that no physical evidence was actually relocated; data was copied. Taking a somewhat unusual stance for law enforcement agency, the FBI argued the export of the data was fine because it was copying. Justice Winkelmann disagrees, thereby bringing a huge amount of the evidence in this case into legal question.

At this point, the High Court will now assign an experienced High Court lawyer to review all the evidence in the case and make a final call about what parts of it are material to the proceedings and what parts aren’t. Following his decision, the relevant evidence will be provided to both the FBI for their prosecution and to Kim Dotcom, for his defense. By no means does this ruling mean the case is going to be thrown out entirely, but it does force everyone to sort of start from scratch, and most importantly, on an even playing field.