Today In Conspiracy Theories: MegaBox Is Why MegaUpload Was Taken Down 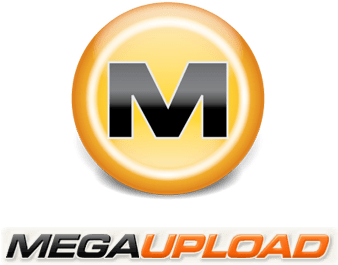 Ever since MegaUpload’s sudden takedown, there’s been a veritable whirlwind of explanations as to “what’s really going on.” Of course, the fact that MegaUpload and its whopping 4% of Internet traffic was essentially erased from the Internet came the day after massive and successful protests of SOPA and PIPA have spurred all kinds of theories that the takedown was just a giant middle finger to the Internet. Now, theories have focused on MegaUpload’s music distribution service MegaBox and some are suggesting that MegaBox’s threat to upset established music industry distribution platforms is the real reason MegaUpload was taken down. So was it? In short: No. In long: Nooooooooo.

The real reason MegaUpload was taken down has more to do with a large, well-documented collection of staggeringly flagrant illegal actions, many of which took place long before MegaBox was ever announced. Now, there there are plenty of completely legitimate bones to be picked with the way the takedown took place, but to sum it all up to “‘The man’ was afraid of MegaBox” is a gross oversimplification. Before we get into any of the greyer areas of intent, lets just take a look at some of the things in that 72 page indictment, shall we?

There sure is a lot on that indictment, and I recommend  — if you really, really care — that you give it a skim yourself, but here are some highlights. It’s worth mentioning that Ortmann and Van Der Kolk, mentioned below, were MegaUpload’s CTO and “Programmer-in-Chief,” respectively.

n.
On or about August 31, 2006, VAN DER KOLK sent an e-mail to an associate entitled “lol”. Attached to the message was a screenshot of a Megaupload.com filedownload page for the file “Alcohol 120 1.9.5 3105complete.rar” with a description of “Alcohol120, con crack!!!! By ChaOtiX!”. The copyrighted software “Alcohol 120” is a CD/DVD burning software program sold by www.alcohol-soft.com.

q.
On or about December 3, 2006, DOTCOM distributed a Megaupload.com link to a music file entitled “05-50_cent_feat._mobb_deep-nah-c4.mp3” to ORTMANN. A copy of this file was still present on servers controlled by the Mega Conspiracy as of December 20, 2011.
y.
On or about May 17, 2007, a representative from Google AdSense, an Internet advertising company, sent an e-mail to DOTCOM entitled “Google AdSense Account Status.” In the e-mail, the representative stated that “[d]uring our most recent review of your site[Megaupload.com,]” Google AdSense specialists found “numerous pages” with links to, among other things, “copyrighted content,” and therefore Google AdSense “will no longer be able to work with you.” The e-mail contains links to specific examples of offending content located on Megaupload.com. DOTCOM and his conspirators have continued to operate and financially profit from the Megaupload.com website after receiving this notice.

vv.
On or about November 23, 2008, DOTCOM received an e-mail from a Mega Site user entitled “video problems.” The e-mail described, “I’ve been trying to watch Dexter episodes, but… the sound doesn’t match up with the visual… I didn’t choose to use your site, you seem to dominate episodes 6 and 7 of Dexter on alluc[.org, a linking site].” DOTCOM forwarded the e-mail to ORTMANN and wrote, “… on many forums people complain that our video / sound are not in sync… We need to solve this asap!” “Dexter” is a copyrighted television series on the premium cable channel Showtime.

So yeah, these little tidbits seem to fly in the face of Kim Dotcom’s assertion that “Mega has nothing to fear. Our business is legitimate and protected by the DMCA and similar laws around the world,” right? There are also bits concerning MegaUpload’s reluctance to allow the removal of copyrighted content even if the content was in fact, infringing on a copyright.

Now there is nothing I hate more than the willy-nilly removal of content that is claimed to be protect by copyright but not proven to be. MegaUpload seems to have gone beyond these bounds, however. When media giant Warner Brothers started meeting its daily takedown limit, and checks showed that they were, in fact, only taking down things they had a right to, MegaUpload continued to hinder their process, instead of facilitating it. All this even though Warner seemed to show no abuse of the policy.

So, regardless of how you may feel about copyright law, it seems pretty clear that Kim Dotcom and his cadre were knowingly violating it. That’s why MegaUpload got taken down. Granted, a number of people who would have pushed for such a takedown probably also weren’t fond of the whole MegaBox idea, but it’s not like they arranged for the fabrication of a bunch of evidence or anything.

It’s also worth noting one particular aspect of the proposed MegaBox operation plan. The idea was to allow artists with MegaBox to retain 90% of the earnings, presenting a great opportunity to both unsigned artists and artists who might want to bail on their labels alike. MegaBox never actually got anywhere though, so we can’t be sure exactly how it was going to work for your average Joe; the word “earnings” is particularly hazy. Like, is that 90% of a value after, say, some fees? Who could tell. I think it’s clear by now that MegaUpload was far from saintly.

And if you’re upset that this takedown seems to represent the affirmation of a “guilty until proven innocent” precedent, well, this isn’t anything particular to MegaUpload. As troubling as it is, federal asset seizure — particularly among those who have yet to be convicted of crimes– has been on the rise, in general, since the 1990s. MegaUpload is not the focus of some corrupt music industry conspiracy, but dysfunctional law on the whole.

You may also disagree with the way the takedown was executed, but the fact remains that it was legal. Even though MegaUpload is based in Hong Kong, a lot of the alledgely pirated material was hosted on servers in Ashburn, Virgina, giving the FBI the jurisdiction it proceeded to capitalize on. A technicality, sure. But it sure is harder to argue against technicalities when the party convicted by them sure seems to be guilty of a whole bunch of other stuff.

But what if all this action was taken because of MegaBox? Regardless of whether or not any of this happened before MegaBox was a thing, what if it was only collected and pursued because groups like the RIAA started pushing the government because of MegaBox? When it comes to the whole MegaBox deal, I think it goes a little something like this: You may not like the guy who’s dating your crush because he’s dating your crush. But let’s say you also you know he sells crack. Maybe the crush part is what actually spurs you to go to the police and tell them that he’s selling crack and sure, the crack may have only been part of the reason you wanted him put away, but it’s still  –legally– reason enough itself.

When you’re arguing for the freedom of the Internet over absolute control by copyright holders, you have to make a few concessions. One of which is that although freedom of the Internet is romantic and all, there are going to be people who abuse it. If you sanctify them too much, it’s going to undermine your entire argument. After all, you’re arguing that stopping the abuse at all costs isn’t worth the cost, right?

Because the takedown came directly after the SOPA and PIPA victory, it’s tempting to latch on to MegaUpload and fight back against “the man” who just opened a wound, and promptly threw some salt in it. That’s really the last thing you want to do, however. By vying for a guilty party, you’re standing next to your own strawman and saving the opposition the trouble of having to find one themselves.

Besides, the MegaUpload takedown included things like search warrants and an actual, written, legal indictment. There are much more ergregious injustices being done to more obviously innocent parties with much less evidence drudged up via due process. The key to winning this argument is championing the most innocent, defenseless victims. It’s almost dangerous to think of MegaUpload as a victim at all. MegaUpload is at worst a copyright infringement conspiracy and at best, a multi-million dollar corporation run by an unapologetic playboy with a dubious approach to to avoiding copyright infringement that was ever so slightly legal, if legal at all. MegaBox nonwithstanding, there are much better poster-children to be had, guys. MegaUpload is more than capable of advocating for itself.