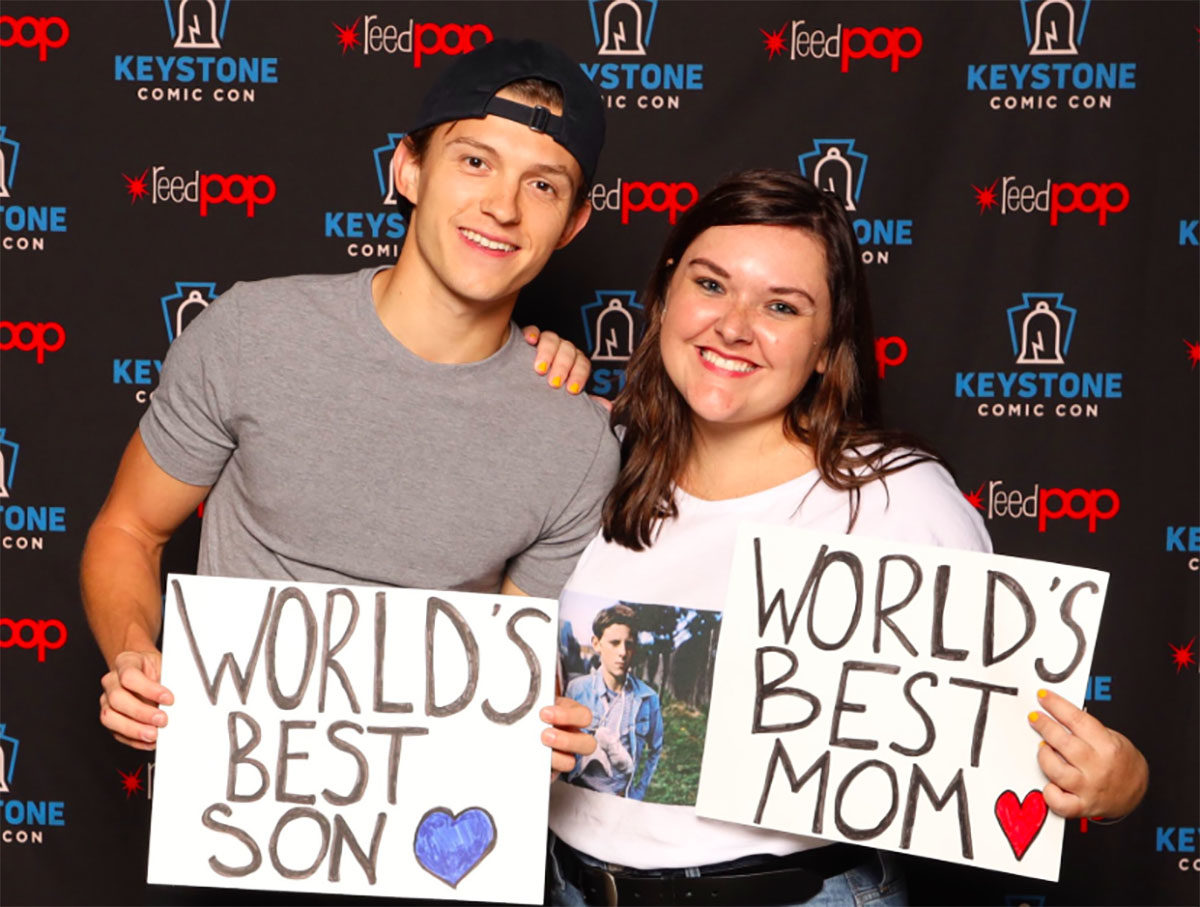 I’ve had fun referring to Tom Holland “my son” for the last few years now, mainly because his fanbase is comprised of teenagers and anytime I interact with them, I feel exceptionally old. This past weekend, I got the chance to bring the family together at Keystone Comic Con.

Going to conventions can be fun because you get to meet others who love the same stuff you do and sometimes, your favorite actors show up also, including those who are not yet aware you are related. Coming to Philadelphia’s Keystone Comic Con straight from D23, Tom Holland rolled into the Sunday of the convention and made an impact.

Starting with his panel at 10 AM, the convention center was buzzing because many fans only came to the Con to see Holland and this was abundantly clear. Not in a bad way, but in a “we all have Sunday passes and we’re ready for this” kind of way. The panel was moderated and went on without a hitch, but it was not open to fan questions. So it was the photo ops and autographs where fans could really have their moment with the Spider-Man: Far From Home star.

I was felt quite aware of the fact that I was one of the few “older” fans there. (I may be only 27, but in a sea of 15-year-olds, I could feel my bones creaking.) Still, I was ready to dive into the Con with as much enthusiasm as I could.

Anyway I ended up front row for this Tom Holland panel and I’m ready to die. I also think I’m one of the oldest here without a child pic.twitter.com/GOoCCMYpEX

When Holland took to the stage, fans cheered and were excited to see the star, who was game to talk about what playing Spider-Man meant to him and his relationship with his co-stars and new projects. He confirmed that he would be in Spider-Man 3, the details of which are still unknown.

LOOK AT MY SON pic.twitter.com/UpGKGZl7rM

At the photo ops, Tom Holland was pretty much ready and willing to do anything. When my friends and I said we’d like to do the iconic Breakfast Club pose, without hesitation, Tom Holland said “I’m on the ground then?” and jumped down before we could really say anything else.

Then it was time for me to explain to Tom Holland that I call him my son. For a while, I just wanted to do a cute pose and be done with it, but my friend convinced me to make signs and hold them up. All of the handlers, who are incredible at their jobs, had to read them first. When I explained why I felt so old, and thus that Tom Holland was my progeny, they all responded with “That’s understandable.” So my son, who is barely five years younger than me, looked at my signs and excitedly said, “You can be my mom!” and the rest is history.

If you have the chance to meet Tom Holland, I highly recommend it. He might tell you that you’re his mother now and that’s a lot of responsibility. Even so, he seems like one of the sweetest out there, and watching Tom Holland say over and over again that he’s trying very hard not to spoil something (in this case, anything about Spider-Man 3) is worth the price of admission alone.