Meet Kepler-186f, the First Validated Earth-Sized Planet in the Habitable Zone of a Red Dwarf

This was Kepler's big announcement, and it's pretty big. 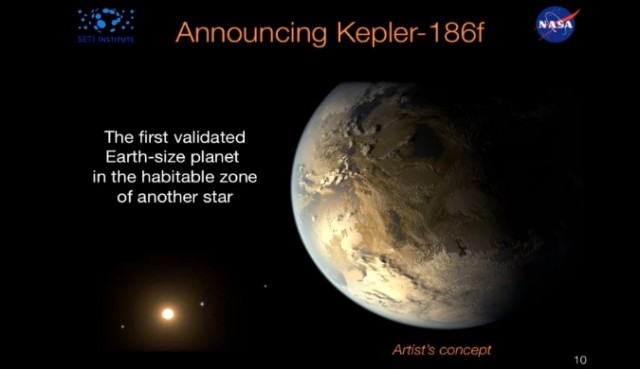 We now know what NASA’s big Kepler announcement is. It’s still going on, so we’ll be updating this post. What we know now is that this is the first validated Earth-sized planet in the habitable zone of a star other than our Sun. That’s a big deal.

The “Habitable Zone” of a star is the distance a body can orbit and have liquid water without being too hot or too cold. Kepler has found many planets in the habitable zone of other stars, but so far they’ve been too big or too small to qualify as “Earth-sized.” Kepler’s also found other Earth-sized planets, but they’ve been out of the habitable zone.

Kepler-186f is only 10% larger than Earth, and near a much cooler star. The scientists on the announcement presentation say it’s more accurate to call it “Earth’s Cousin” than “Earth’s Twin.”

The m-dwarf star Kepler-186f orbits gives off redder light than our Sun, so even if it is habitable and we could somehow reach it, Superman would be powerless there.

Plants, however, may be able to perform photosynthesis on Kepler-186f, which gives a lot of hope that live if possible on this new world. 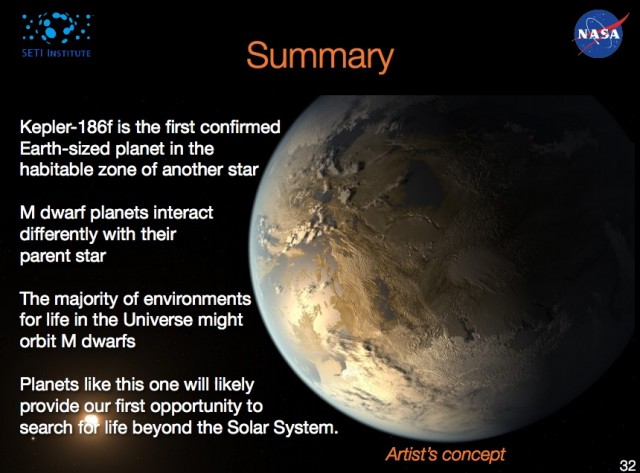 (via NASA, images via NASA)