What Did The Doctor Say? Medical Instagram App Helps With Diagnoses

It's just a flesh wound. 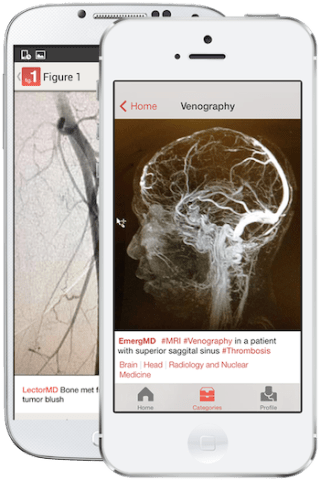 What if you could get a professional opinion about that case of the chicken pox via Instagram or Snapchat? Well, some doctors in Texas are doing just that.

Third-year medical resident Sheryll Shipes and a number of other medical students and doctors have started using an app called Figure-1.

Figure-1 came out in 2013 and lets doctors and medical students share pictures and study cases from all around the world. Doctors upload images (photos, scans, anything really) and the community can offer their two cents.

This is great because doctors can get a second, third, or even tenth opinion for their patient. But isn’t that a violation of patient confidentiality? Also, how reliable and professional can a phone app really be?

Well, founder Josh Landy made sure that this app would remove names, case numbers, and identifying features of a patient when the pictures are uploaded. Also, patients have to OK the upload in the first place. The only people who can even add or comment on cases are healthcare professionals after they give their occupational info so anyone who is able to do anything on the app is actually certified. Sorry Dr. Mario.

That’s reassuring. So how well is this app working? Has it made a difference?

Having used Figure-1 religiously over the past year, Shipes readily sings its praises after the app helped her diagnose a patient with an unusual skin disorder causing blisters on certain parts of her body. “I uploaded it to Figure-1 and someone told us exactly what it was,” she says. The condition turned out to be common to Latin America and Asia but rare in the United States. “We would never have known that one.”

This app is becoming a library of information and images that doctors and medical students can interact with. The international reach of this app, combined with professional practice, makes this app a pretty useful tool. Let’s see how far it goes.