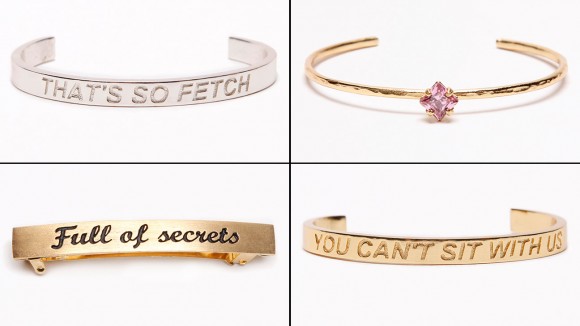 The bangle with the pink gem? It’s called “Damien.” The YOU CAN’T SIT WITH US bracelet? It’s $110. So I suggest you find your nearest “cool mom” and manipulate her into buying one for you when the line launches in February.

(Stella and Bow via The Hollywood Reporter.)