For Survivors of Sexual Violence, Navigating #MeToo Media Attention Is a Team Effort 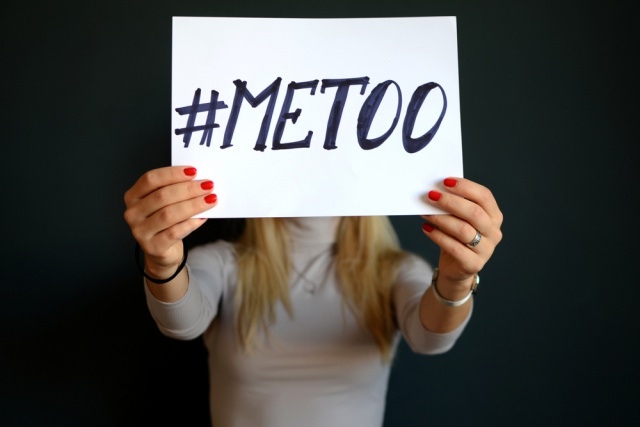 Most of us can remember a time when media coverage of sexual violence were left to the police blotter in the local newspaper, but in the last year alone, the #MeToo and Time’s Up movements, fueled by allegations of violence perpetrated by celebrities like Harvey Weinstein, Kevin Spacey, and even President Donald Trump have made top news headlines in print and online and sparked a reckoning on the prevalence of sexual violence worldwide.

Following a mistrial, and prior to his eventual conviction, Bill Cosby announced a speaking tour, where he would discuss how young men could avoid being accused of sexual assault, before his publicity team backpedaled after public backlash. More recently, Aziz Ansari and Louis C.K. prompted widespread outrage after their decisions to reenter comedy following accusations of misconduct.

But there’s an irony that survivors and advocates are grappling with: as sex crimes grow more visible in media and victims receive more positive responses from the community, other survivors bear the emotional weight of seeing that news on a daily basis.

Take Hillary (who asked only to be identified by her first name), for example. She was in a relationship with a man who became emotionally and sexually abusive. She was a college student, not far from her home town in New York. After severing ties with her abuser, she sought support from her college’s counseling center, only for her therapist to abuse her, as well.

She reported him to the administration, and although the school dismissed him and suspended his license, Hillary was left coping with post-traumatic stress disorder (PTSD). She moved to Boston in part to restore her sense of safety, and in part because her sister, Ali, lived here with her husband.

“I wanted to be a new person at first,” Hillary told me. “I really committed to starting a new life because the bulk of my college experiences were spent in multiple abusive relationships, and I felt like I really hadn’t had the opportunity to be myself—to even discover who I am.”

But the place Hillary calls “home” cannot change the headlines delivered to her doorstep, news feed, or inbox every day. She’s a millennial twenty-something and recent graduate with a Facebook profile, Twitter account, and a smartphone usually in-hand.

Hillary, just like everyone else, is consuming news and social media as part of her daily routine, but a recent shift in the way the public discourse and mainstream media cover sexual violence can make media consumption difficult to stomach for survivors of sexual violence and abuse. Hillary thought that by moving to Boston, she could leave the memories of her former abusers behind, but high-profile crimes dominate the airwaves, serving as a reminder of her trauma.

“It was really hard, at first, for me to accept that it can still be dangerous or feel dangerous here,” Hillary says. “You don’t leave everything where it happened; it comes with you.”

Colby Bruno is senior legal counsel at the nonprofit Victim Rights Law Center of Boston, which provides free legal services to survivors of rape and sexual assault looking to file civil charges. Bruno describes the change in the national dialogue surrounding sexual assault since she started her work over a decade ago:

“When I first started here, if there was a case that had come out like that, I don’t think there would have been the outcry of support for the victim. I don’t think it would have received any media coverage,” she says, “but because our culture is experiencing a small shift in their understanding about rape and sexual assault, when a high profile case of sexual assault comes out, and is positively treated—meaning, the victim gets some positive feedback or some positive comments on a social media site—that really encourages people to come forward.”

Ali’s parents divorced when she was young, and her mom remarried Hillary’s dad. Despite their seven-and-a-half year—to the day—age difference, they grew up together and were always close. They joke that they’re “half-sisters who whole love each other.” Even so, it took Hillary over a year to share her experiences with Ali.

“I was stuck on the fact that she couldn’t share, or she didn’t feel comfortable sharing, for such a long time with us, and feeling like I somehow failed as a sibling,” Ali says, recalling Hillary’s disclosure to their family. “I wanted to know how I could be there for her. I found it really hard sometimes, because she hasn’t always been forthcoming about her needs.”

Although allyship is an ongoing process, Ali supports her sister as best she can. Two years after Hillary came forward, Ali even provided a safe home and a source of constant support for her sister in her long-term recovery, after graduating from college. Hillary says Ali “does her homework,” reading books and articles about coping with trauma to be the best supporter possible.

While in Boston, Hillary turned to the Boston Area Rape Crisis Center (BARCC) for support and counseling, and she now volunteers at BARCC, advocating for other survivors like herself. She found a community where she could finally begin to heal.

“It’s all very triggering not only for survivors of sexual assault, but for significant others, people who were affected by a sexual assault but weren’t directly assaulted,” she says. “All of that tends to contribute to an increase of requests from us.”

For most of her life, Hillary’s “significant other” was Ali, so after Hillary began seeking out help from BARCC, she recommended the support groups to her sister. Ali says she went into the group aiming to be a better ally, but the group instead focused on the supporters’ self-care. Ali says she learned to focus her attention on what she can do individually to help herself and her sister through the perspectives of parents and siblings also processing what happened to their loved ones.

“I realized there was a lot I was still trying to process about the whole thing, too,” she says. “I didn’t know I needed that so much until I had gone through the process of the group.”

Congratulations to our new volunteers! If you want to give back to your community in a big way, learn more about volunteering with BARCC to support survivors of sexual violence. Follow the link in our bio and scroll to “volunteer.” . . . #volunteerboston #volunteer #socialgood #nonprofit #boston [Images: two image, the first of a group of volunteers posing, the second of the same group making silly faces]

Ali says the BARCC program made her more mindful of the impact media coverage of celebrity abusers might have on her sister. She still describes Hillary’s reactions as somewhat unpredictable, but she has a better understanding of how to deal with the day-to-day fluctuation. Ali explains that she used to wait for Hillary to come to her about a story or case, but now, she proactively lets Hillary know she’s there for her to talk, without deliberately avoiding certain topics of conversation.

Hillary calls her sister’s support and heavy involvement in her life an “instrumental” part to her recovery. She says it’s nice to have someone who understands her unexplainable bad days, and is there to help her through her rough patches, without judgment.

“She’s my best friend,” Hillary says, “and having that from the beginning might be why this city feels so safe to me.”

Upticks in service requests from survivors and significant others in light of high-profile “triggering” events are not uncommon. In fact, BARCC reported a 76 percent increase in requests for in-person services in the two weeks after Emily Doe—the woman Brock Turner was convicted of assaulting at Stanford—released her victim impact statement.

“It’s the idea that the system fails,” she says. “People can have very strong opinions against the perpetrator, and still, what people see as justice is not done. I think that’s something that is very worrying for a lot of people, and can kind of exacerbate the trauma, and they need more support.”

Crisis center employees tend to agree that on one hand, more survivors of sexual assault might be more willing to come forward in the wake of the changing media narrative when they see other survivors who are brave enough to come forward and talk about their experiences. On the other, it can trigger trauma or PTSD to have perpetrators’ names and faces all over the news. Both of these impacts of the #MeToo movement could contribute to upticks in service requests.

In light of the changing public dialogue surrounding sexual violence and these increases in traffic, crisis centers encourage allies and advocates to donate to their local centers to provide adequate access to those in need. For Ali, she’s drawn toward engaging with other well-intentioned allies in this ongoing, constantly changing conversation. For Hillary, she’s drawn toward her volunteer work and organizing.