Hey, it looks like rain. Shields to maximum. Make it so. 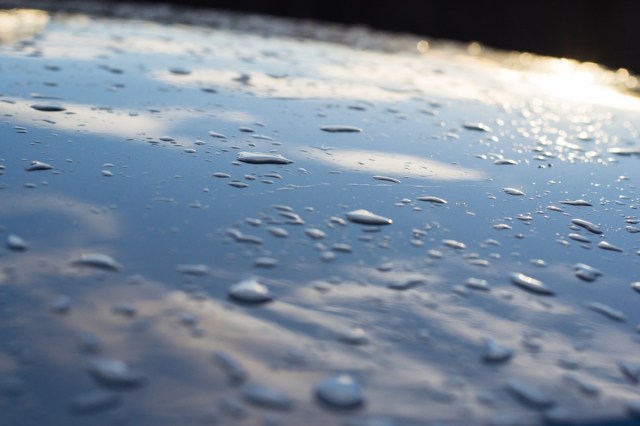 You may not have as much need to deflect bullets with your windshield as Speed Racer, but a button on your steering wheel to make it deflect rain sounds pretty useful. Supercar maker McLaren wants that to become a reality with technology that uses sound waves to make rain and debris bounce harmlessly off of your windshield.

According to an interview with the UK Sunday Times, the British car company is looking at adapting fighter jet technology to make vibrating windshields that increase visibility compared to traditional wipers. As an added benefit, cars without wipers would be more aerodynamic, so you can drive around even faster and bounce rain off like it’s your job.

Don’t worry, windshield wiper manufacturers. It’s still in the conceptual stages, so you won’t be put out of business any time soon. Alternately, you could get on board and be part of the forcefield manufacturing business, which sounds way more fun.

The new technology would also face an unusual hurdle, as cars are required to have windshield wipers by law pretty much everywhere. Hopefully, McLaren can convince lawmakers that its new system is enough of an improvement to make changes to those laws, because we’d really like to see better while driving in the rain.

We’d also really like to drive cars with windshields we can tell everyone are forcefields. Maybe next they can get to work on the auto jack so we can jump our cars and act out our Speed Racer dreams. We just have one question. If there’s condensation on the inside of your windshield, will this make it rain on you? That sounds like a deal breaker.