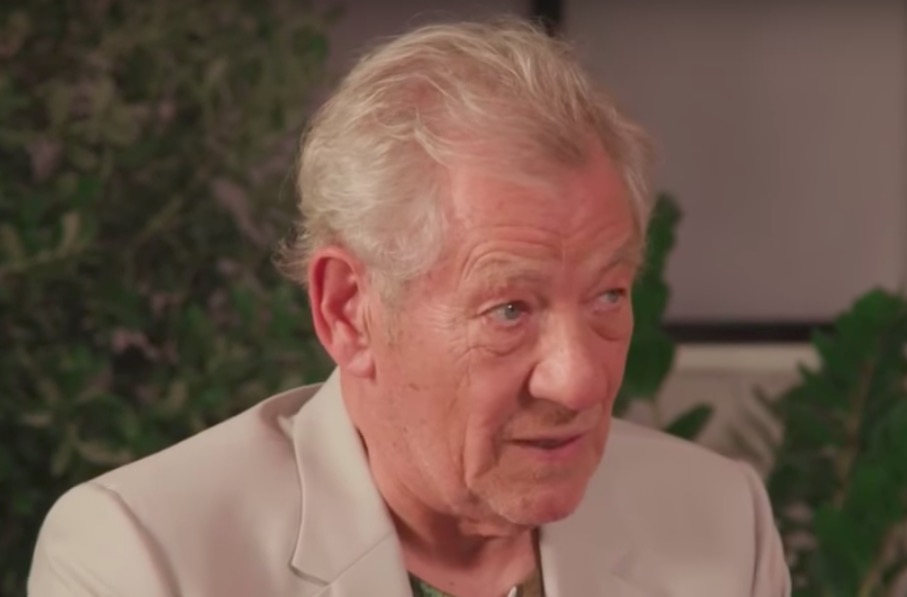 We love Sir Ian McKellen so much for so many reasons, but watching him stand up for the LGBTQIA community—especially during Pride Month—is a big one. Donald Trump’s presidency, no matter how much he said he’d be “much better for the gays,” is a disturbing one for LGBTQIA rights, particularly because we were already struggling to make progress before things were seemingly completely derailed with the 2016 election.

While the damage done by the Trump administration hasn’t been as visible as, say, actively overturning the Supreme Court’s landmark decision that upheld marriage equality, there’s still plenty to be concerned about—including the rollback of federal guidelines on the treatment of transgender students, as well as the revocation of rules barring federal contractors from discriminating based on sexual orientation or gender identity.

Under normal circumstances, those may sound like strange moves for a candidate who actively proclaimed himself to be a friend to those very same people during the campaign, but McKellen perfectly summed up the unique problem with Donald Trump—without just saying, “He’s unusually full of shit.” Did we mention that eloquence was one of the qualities we love about him?

He told them, “I don’t always understand what [Trump] says, and when I do, I have to admit later that I got it wrong, because he’s changed his mind.” He also mentioned that it’s fundamentally “unAmerican” to interfere with LGBTQIA rights and brought up the history of the rights movements in our country, eventually calling Trump out on the idea that not being “aware” of any of this is plausible.

When Trump was asked about marriage equality, his best answer was that his personal opinion on it was immaterial due to the Supreme Court ruling, but taking McKellen’s logic on awareness a step further—as I have to believe he meant it—Trump can’t have avoided having a personal opinion on it. If that opinion follows the rest of his actions, rather than his disingenuous words, it’s not good.  Rumors are circulating that there may soon be another Supreme Court opening that Donald Trump could fill with someone who could make that personal opinion a nationwide reality, and even if they’re not true, he may yet get the chance eventually.

But Trump wasn’t McKellen’s only target on the subject of awareness. As we talk about a lot around here, the entertainment industry, despite how much flak it already catches for being left-leaning, could be doing more to help out. After all, those “left-leaning” complaints are frequently more revealing of the skewed worldview of those making them and what they’re normally shown, as McKellen pointed out, “I wouldn’t say the films coming out of the mainstream are quite as related to what’s going on in the real world as I would like them to be. One indication of that is LGBT people don’t really get quite a big enough say. If you’re one of those initials yourself, you do notice that actually these movies are not about me at all.”