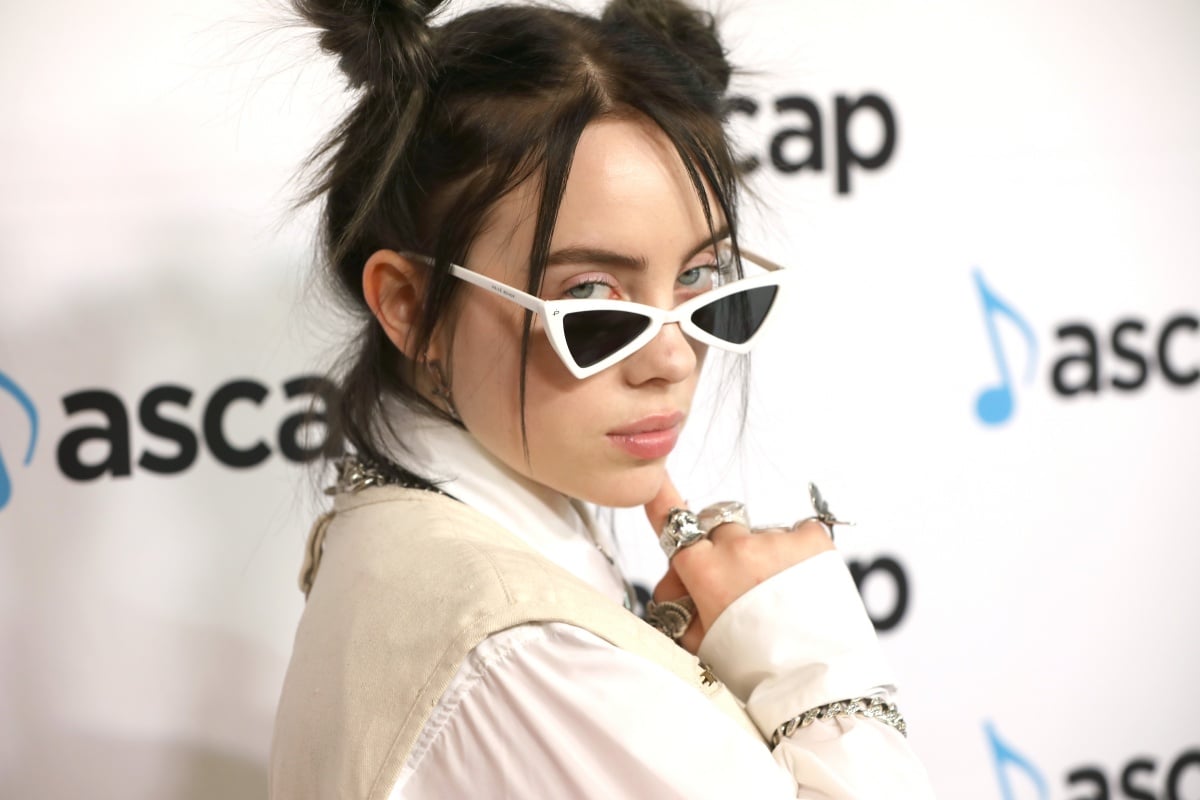 Teenage alt-pop star Billie Eilish is pretty damn awesome. Her debut album, When We All Fall Asleep, Where Do We Go?, is delivering pretty damn hard, and her music videos show a really fun sense of artistic vision. We stan. Sadly, she was recently photographed wearing a white tank top under a baggy zip-up sweatshirt. That wouldn’t have been a problem if it hadn’t led to a bunch of creepy comments on the teen’s appearance on Twitter, including one that said, “Billie Eilish is THICK.”

People were quick to point out that Eilish is only 17 years old, and that avoiding gross comments like this is probably why she dresses in very oversized clothing.

she literally said she chooses to wear baggy clothes so nobody can say shit about her body. the fact she even has to worry about that is sick.

When I saw the comments that were being made about her body, it gave me flashbacks to my own youth. Between the ages of 10 to 11, I went from training bras to having to figure out what the hell a C cup was, and as I got older and my chest grew, I realized that despite being an ugly, gangly teenager, grown men were going to look at me like I was a woman when I so, so much felt like (and was) a child.

It’s very poignant that this story comes at the heels of the discussion about Tifa’s breast size being altered in the upcoming Final Fantasy VII remake. There was some backlash from the usual corners of the internet blaming “SJWs” and feminists for this, and one person wrote that Tifa went from being a “curvy” woman to this new, more athletic form. They lamented about what that would mean for their hypothetical future busty daughter. What about representation for her?!

As I said in my post on the topic, ideally, video games would have a variety of body types and sizes, which would also include things like stretch marks and cellulite. Still, the comments that Billie got are more indicative of what young girls see when they start developing breasts and realize that development isn’t stopping. You find out really quickly that people will treat you like a piece of meat and not as a full person, and that is frustrating.

It has nothing to do with being confident; it has to do with not wanting to be leered at, not wanting people to assume that the reason your breast shows, even a little bit, is you’re trying to show sexual availability or get attention, rather than the fact that it’s 80 degrees and you have the right to wear clothes that make you feel comfortable.

People truly underestimate the things you will wear to feel safe, even if it makes you uncomfortable.

I wore baggy clothes and jeans, and avoided skirts and dresses for most of my teens for that very reason. I didn’t want my body to be treated like it was for everyone, and that really messed with my sense of self and esteem because instead of learning how to dress for myself, I forced myself to dress for others. Now, as an adult, I have less f—s to give, but I still hate the feeling of knowing men are commenting on my legs and body just because they’re there.

Also, for those who were saying that Billie is “legal” in most places … you know that doesn’t make you look not creepy right?