How many diseases can you get from a lake? 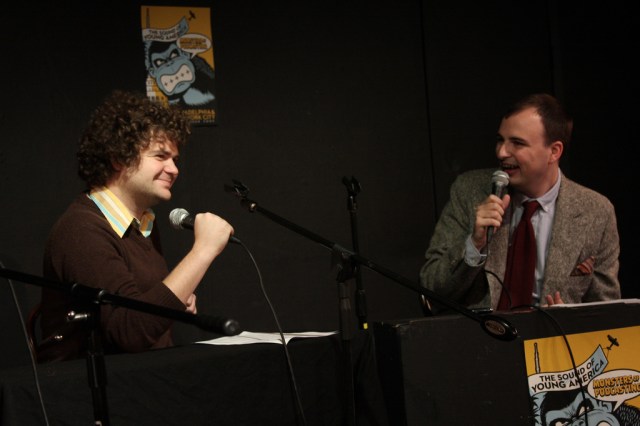 On this week’s episode of The Geekosystem Podcast I talked about the Maximum Fun podcasting network, why I love it, and why I think it’s a really brave business model. Tonight their annual MaxFunDrive ends with a live stream of Jordan, Jesse, Go! and Jesse might jump in the disgusting MacArthur Park Lake.

The live show is the big finish to the network’s annual fund raising efforts. They’ve already crushed their goal of 1,500 new or upgraded donors, and if they cross the 2,500 (and it looks like they should) then Jesse Thorn will jump into the lake at MacArthur Park, which is disgusting. It’s not even just regular disgusting. According to Jesse, they pulled a body out of it just a few weeks ago.

Besides risking certain death — or at the very least infection — by jumping into a gross lake, Jesse is also personally donating ten meals to needy families through the LA Food Bank.

And if anyone has any tips for how to make jumping in a disgusting lake less disgusting, let Jesse know on Twitter.

Is there anything I can do to make myself, uhm, healthier in really gross water? Besides get out quickly? #SoakJesse

Here’s an excerpt from the Center for Disease Control’s site about Recreational Water Illness (RWI) to give you an idea of what could happen to Jesse:

RWIs include a wide variety of infections, such as gastrointestinal, skin, ear, respiratory, eye, neurologic, and wound infections. The most commonly reported RWI is diarrhea. Diarrheal illnesses are caused by germs such as Crypto (short for Cryptosporidium), Giardia, Shigella, norovirus and E. coliO157:H7.