Following a disappointing second season that did some of its women dirty, Stranger Things is back with the ultimate FFF, a.k.a. feminist female friendship. After that embarrassing attempt at pitting Max and Eleven against each other for all the wrong reasons, Stranger Things has given us the empowering relationship we deserved all along.

The third season of the beloved sci-fi dreamed created by the Duffer brothers premiered on Netflix on July 4 and has already broken the streaming service’s viewing records.  This hotly anticipated installment takes place in the summer of 1985 and revolves around the Starcourt, Hawkins’ new shopping mall—and, of course, rabid rats, Cold War paranoia, and bodysnatchers are in there, too.

What makes this season particularly compelling, however, is its treatment of female characters.

Strangers Things’ women finally get more screen time and recognition. What’s more, they interact with each other in empowering ways.

After some disheartening, petty jealousy between newcomer Max (Sadie Sink) and telekinesis queen Eleven (Millie Bobby Brown), watching them as they become best pals is a breath of fresh air.

Eleven was jealous of Max in season two, and while jealousy is a rather understandable, human feeling, it couldn’t help but seem like writers had resorted, once again, to the trite trope of pitting women against each other—and over a boy, of all reasons.

Some might argue that it’s perfectly normal for a girl that age to feel left out when another enters a friend group, even more so when the girl’s crush seems to get pretty close to the newcomer.

But why? Too many media representations have suggested that just one, usually tomboyish, woman can enter the boys’ club. More than one, without conflict between the two, and the narrative automatically turns into “women’s content,” hence not appealing to the broader public, right?

Following this patriarchal, stale logic, a girl must be put in the corner when someone of the same “species” gets into the spotlight. Instead of challenging the boys on this, Stranger Things season two partly focused on showing the rivalry between Eleven and Max, and badly so. Eleven’s jealousy wasn’t portrayed in a particularly complex way, nor was it addressed by either of the two girls.

Overall, Max and Eleven’s relationship wasn’t fully fleshed out or layered. Frankly, those cringe moments where we saw Eleven actively hating on Max didn’t even serve the narrative.

This is different than saying that Eleven and Max’s cold start can’t be relatable. This means that, in order to feel real and not yet another instance of anti-feminist writing, it should have been portrayed in a different way, and explained and explored more deeply than it has been.

Season three did better by its women 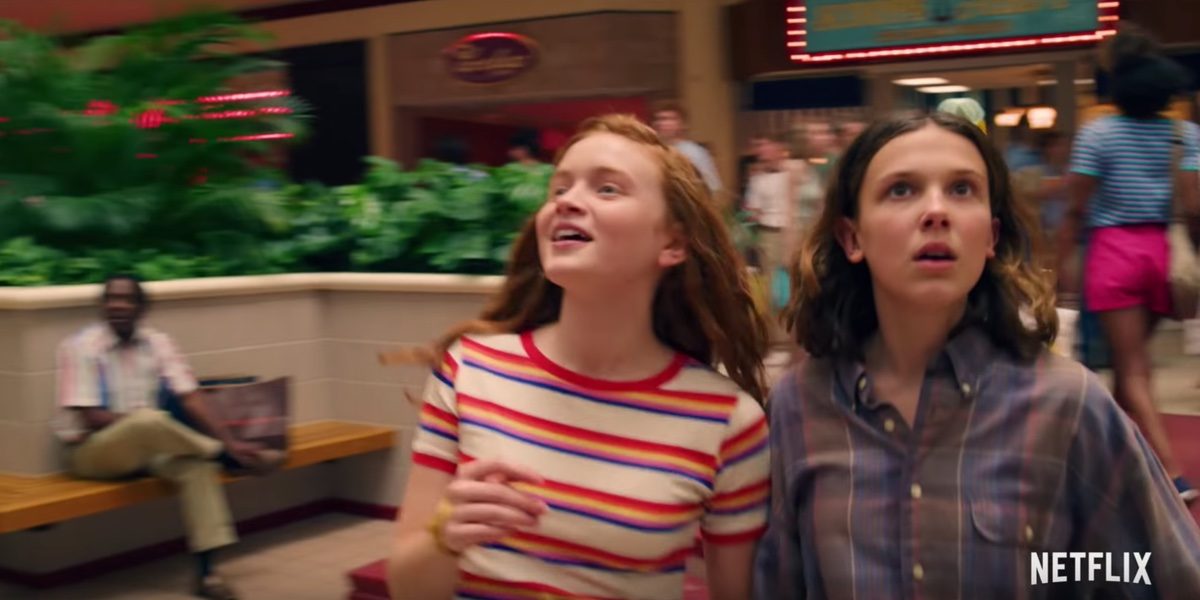 But Stranger Things’ writers listened and did better in season three.

As season three kicks off, Max is Lucas’s (Caleb McLaughlin) girlfriend and has developed a strong relationship with all the others in the group—Dustin (Gaten Matarazzo), Mike (Finn Wolfhard), and Will (Noah Schnapp).

Nonetheless, it seems there’s still someone Max isn’t able to win over: Eleven. Yet, things are about to change. Max and Eleven not only start to genuinely like each other, but they also stand up for one another. Most importantly, it’s Eleven who finally realizes that it’s time to put her suspicious attitude behind and ask Max for love advice about Mike.

Max is the loyal, honest, cool friend anyone would want. When Eleven shows up at her place unannounced, she doesn’t step back, but listens to her and helps her immediately. She empowers El on more than one occasion.

Significantly, it’s Max who introduces her new friend to the typical teenage world she has always been excluded from. And their trip to the mall, where they bond as two normal teenagers would, is as precious—and adorably, tackily ’80s—as it gets.

‘There’s more to life than stupid boys, you know,’ Max says, grasping the real essence of the Bechdel test. She encourages Eleven to step out for herself and out of a weird relationship.

What’s more, Max isn’t afraid to go the extra mile for her friends and challenge Mike when he’s acting in an overprotective way.

Together with Mike’s sister, Nancy (Natalia Dyer)—who also has an interesting narrative arc this season—Max reminds Mike and all the others that Eleven is her own person, and no, she does not need permission to do whatever she wants, including using her telekinetic powers.

By the end of season three, the two girls’ old, one-sided rivalry is nothing but a pale memory. As it should be.