Matt Gaetz Is Getting Outed By His Own Venmo History 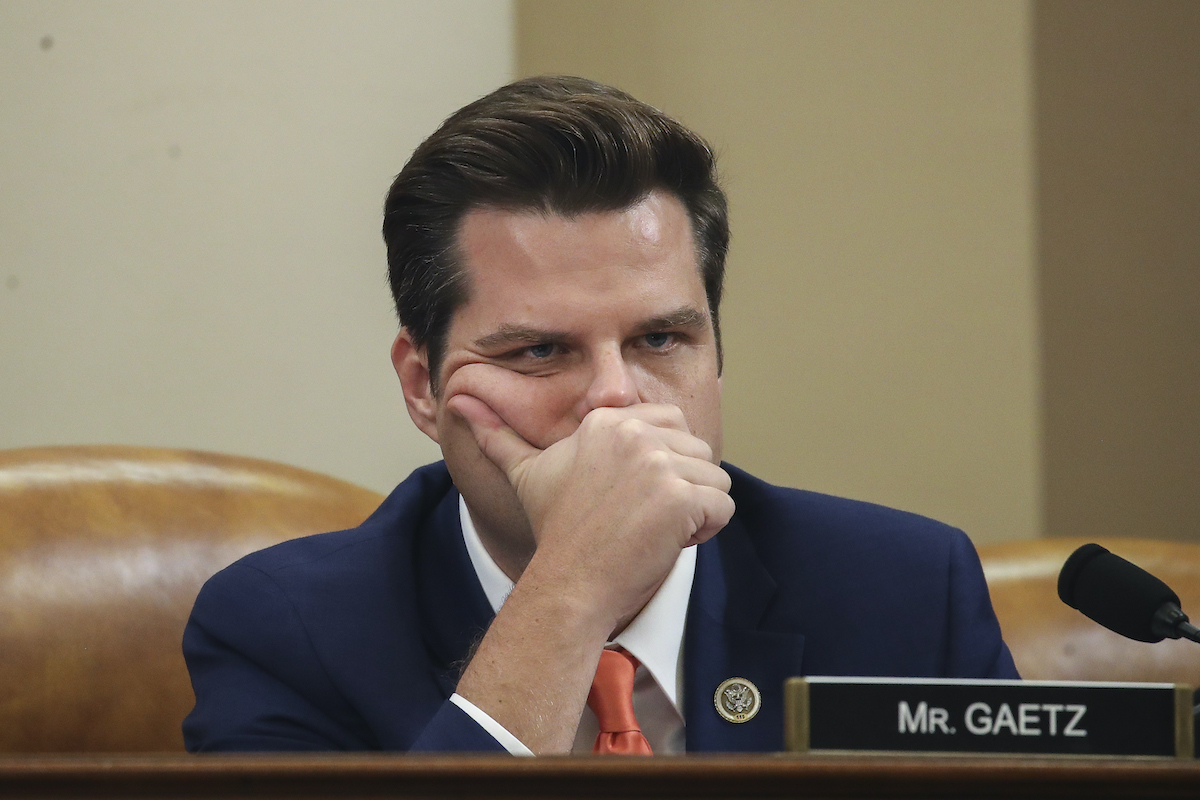 As a millennial, I’m guessing Matt Gaetz grew up getting the same warnings from parents and other adults that the rest of his generation had drilled into them: Be careful what you post online, remember that future employers can see your activity, etc. etc. But like the majority of that generation, Gaetz does not appear to have listened.

According to an investigation by The Daily Beast, Gaetz used Venmo—the app that decided to turn financial transactions into public social media content—to pay his friend, accused sex trafficker Joel Greenberg, two payments totaling $900 late one night in May of 2018. The next morning, over a few minutes, Greenburg sent three young women various sums of money totaling $900.

Venmo transactions have a memo line to write what the payments are for. In the first payment, Gaetz wrote “test.” In the second, he wrote, “hit up” and the nickname for one of the young women, who had only turned 18 six months earlier.

The three payments Greenberg made to the young women had memo lines reading “Tuition,” “School,” and “School.”

Until recently, Gaetz’s Venmo account, including his contacts and his transaction history, was public—the default setting on the app.

I’m still not over this pic.twitter.com/RHq4V21WGO

Gaetz was never trying to hide any of this. And yes, it does look like his incredibly cavalier behavior went unnoticed by most people for quite some time. But it’s wild that he thought no one would ever notice or put these pieces together.

when I was in college the nypd busted a student-run drug ring that was widely mocked for taking payments on venmo. turns out they were exactly as dumb as matt gaetz https://t.co/JzcbMUPR70

I’d really love to know what percentage of @Venmo’s US users suddenly made their Venmo transfers private in, say, the last 24 hours

It wasn’t just Venmo, either, and it wasn’t just those two payments. Here’s what the New York Times found earlier this month:

The Times has reviewed receipts from Cash App, a mobile payments app, and Apple Pay that show payments from Mr. Gaetz and Mr. Greenberg to one of the women, and a payment from Mr. Greenberg to a second woman. The women told their friends that the payments were for sex with the two men, according to two people familiar with the conversations.

In encounters during 2019 and 2020, Mr. Gaetz and Mr. Greenberg instructed the women to meet at certain times and places, often at hotels around Florida, and would tell them the amount of money they were willing to pay, according to the messages and interviews.

The Times also writes that Gaetz is currently being investigated by the Justice Department for allegedly having sex with a 17-year-old girl and possibly taking her across state lines and paying her or giving her other items of material value—a violation of federal sex trafficking laws.

The probe into Gaetz reportedly originated with the investigation into Greenberg, who is currently on trial for a number of charges, including sex trafficking minors and using government databases to facilitate his relationships with underage girls.

According to The Daily Beast, he may also have used government-issued, taxpayer-funded credit cards for some of these payments to women and other charges around the men’s alleged sexual escapades.

“Seminole County auditors flagged hundreds of those payments as ‘questioned or unaccounted for,’ and in total found more than $300,000 in suspicious or unjustified expenses,” writes the outlet.

“No one has any idea what he was doing. Zero,” said Daniel J. O’Keefe, an accountant who conducted a forensic audit for the county. “The arrogance of these guys. They just felt they were above the law. I’ve never seen it this bad.”

O’Keefe was particularly puzzled by weekend expenses, hotels, unspecified high-dollar “consulting” fees, and cash advances that Greenberg made to himself and others. The Daily Beast has compared Greenberg’s credit card statements and Venmo transactions to Gaetz’s expenses and travel records—compiled through campaign finance reports, Instagram posts, and Venmo—and found that, in some key places, the two timelines and circles of contact overlap.

If you’re wondering how Gaetz is doing right now, he’s been spending the day retweeting articles from right-wing outlets that support him, as well as posts about nonexistent election fraud and Hunter Biden. So clearly he’s doing well!