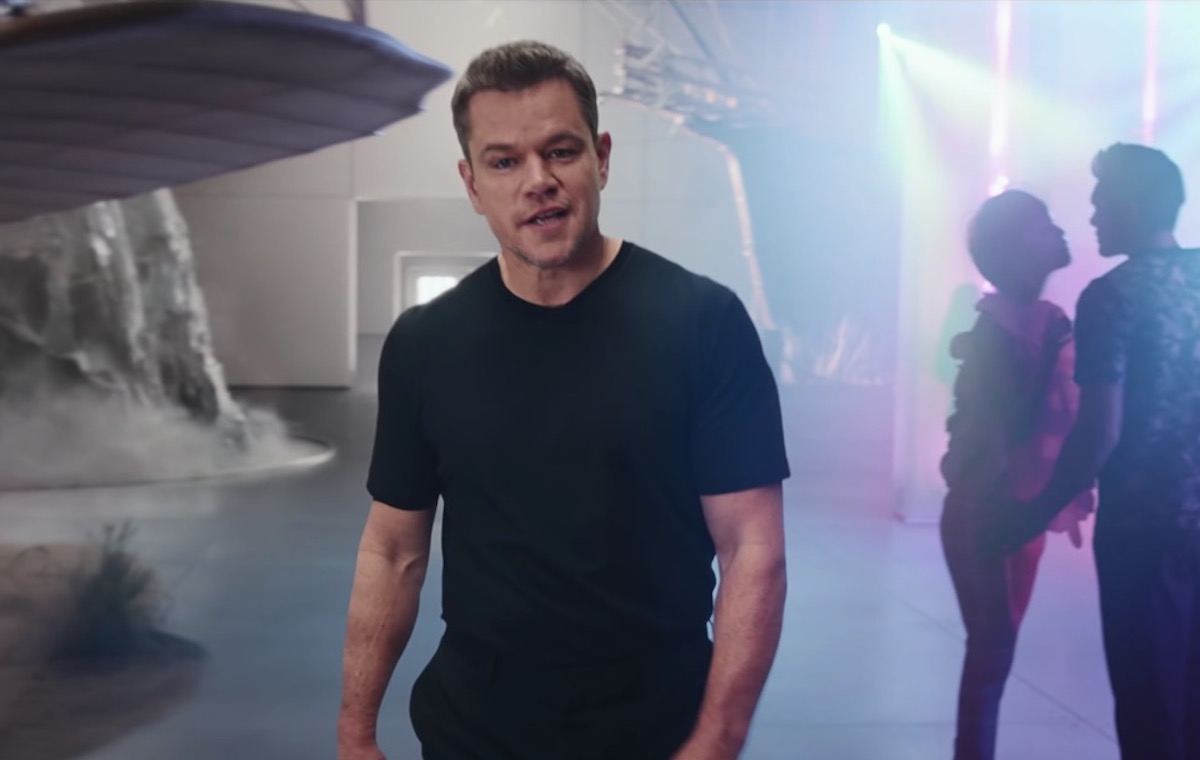 When Matt Damon signed on to be the face of Crypto.com a few months ago, the obvious reason for the partnership seemed to be that the cryptocurrency investment company donated a million dollars to Damon’s nonprofit Water.org. But Damon is now working to make sure we all understand the real reason for his interest in digital money is because it’s brave.

In an absolutely ridiculous ad, Damon walks viewers through a number of impressive feats: the invention of the airplane, vague images of explorers/colonizers, astronauts, mountain climbers, people flirting at a club—you know, history makers.

“With four simple words that have been whispered by the intrepid since the time of the Romans,” Damon champions these pioneers, “Fortune favors the bold.”

Again, this is an ad for cryptocurrency—a thing Damon, as its spokesperson, is putting on the same level of adventure and innovation as space travel.

Matt Damon doing a crypto ad. Jesus Christ does he not have enough money already pic.twitter.com/mS3tUgJ6HT

The ad—which was directed by Christopher Nolan’s go-to cinematographer Wally Pfister and produced by David Fincher—has apparently been playing at movie theaters for a while now. But in the last week or two, it’s also started playing during televised NFL games, which means that everyone who hasn’t been going to the movies (which is a majority of people in the U.S.) now also gets to laugh at the ridiculousness of this ad.

MATT DAMON [striding through a futuristic room]: History is filled with brave men who spent $378,000 on a cartoon ape

it’s wild what you can get matt damon to endorse these days pic.twitter.com/ozfXzY6ufN

matt damon told me the great men of history would’ve purchased this for two hundred and fifty thousand dollars pic.twitter.com/Y90rvGIBcu

I can just not stop laughing that Matt Damon’s pitch for crypto is “Be like a brave explorer, invest your life savings in crypto.” This is the same pitch my buddy in 6th grade used to get me to dive from a railroad trestle into the river pic.twitter.com/pZpeSjEheE

The ad is laughable but there’s also a hugely sinister element at play here. In addition to being environmentally devastating, crypto has been widely criticized as being a Ponzi scheme, since the opportunity for profit relies entirely on bringing in new investors. Since there is no external source for profits in cryptocurrency, users rely on driving up demand and then cashing out. So seeing an extremely wealthy and powerful person like Matt Damon work to drive that demand, which will then pretty much only benefit other already wealthy and powerful people, feels gross!

Just want to put a marker on this. We now have primetime nfl broadcast ads featuring movie stars valorizing as the next frontier of human exploration passive investments in a wholly artificial class of assets—where your return depends on attracting more investors to the scheme. pic.twitter.com/abNLmPexxd

Making all of this extra gross, along with crypto.com’s million-dollar donation to Damon’s charity, the company is reportedly launching an initiative to encourage people to donate via cryptocurrency. That means with every donation to help people living in poverty gain access to clean drinking water via microlending, you can also make tech bros a little bit richer.