The Matrix Reboot Not a Remake, Could Be Great | The Mary Sue

The Matrix “Reboot” Apparently Not a Remake, a Distinction That Could Mean Great Things

Let go of your fear, doubt, and disbelief. Free your mind. 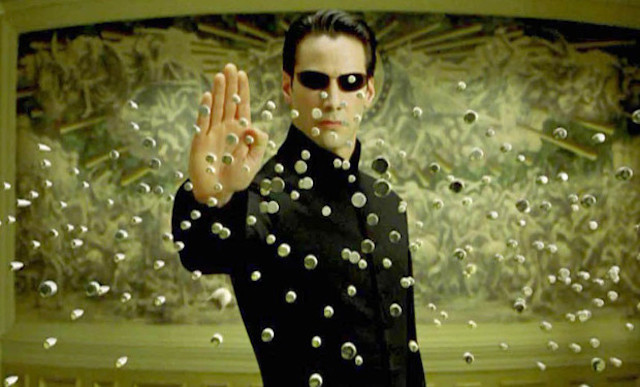 I don’t see a need for a remake of The Matrix, but I’m also not a believer in the idea that remakes “ruin childhoods” as anything other than a tired joke. While a Matrix remake wouldn’t bother me, since I can just go back and watch the original yet another time, I’m legitimately excited to hear the prospective writer, Zak Penn, say that the “reboot” will relaunch the franchise by telling a different story within the same universe, rather than the same story over again.

Penn, who The Hollywood Reporter initially said was in talks to write a treatment for the upcoming Matrix “reboot,” took to Twitter to clarify things:

Can’t comment yet except to say that the words “reboot” and “remake” were from an article. Let’s stop responding to inaccurate news.

All I can say at this point is no one could or should REBOOT the Matrix. People who know Animatrix and the comics understand.

As has been discussed a lot since this news originally broke, The Animatrix was an anthology of side stories within the Matrix universe that was ultimately held in much higher regard than the live action sequels that followed the main storyline of Trinity, Morpheus, and Neo.

Where things got a little off track here was in the assumption that “reboot” automatically means “remake.” The Matrix has been largely dormant for almost fifteen years (since 2003) as a movie franchise, so any new chapter—especially one taking it in a new direction—in it is an effective relaunch of the franchise from a business perspective. Penn went on to liken it to the X-Men universe, which is enjoying some really great stories that are separate from the main plot right now in Logan, Legion, and Deadpool.

Others have also compared it to Star Wars, but I think I prefer the X-Men comparison, since Star Wars is still sticking right around the main storyline, and I’d rather not have anyone try to fill in too many gaps that way as far as The Matrix goes. Going in the X-Men direction, there’s a lot of potential for good stories within that universe, and news that people first rolled their eyes at could actually finally give us the followups that the original deserved. I personally enjoyed the sequels, but that doesn’t erase valid criticism of them or make them anywhere near as good as the first, and I’m now really excited to see where this “reboot” goes.

(via Uproxx, images via Warner Bros.)