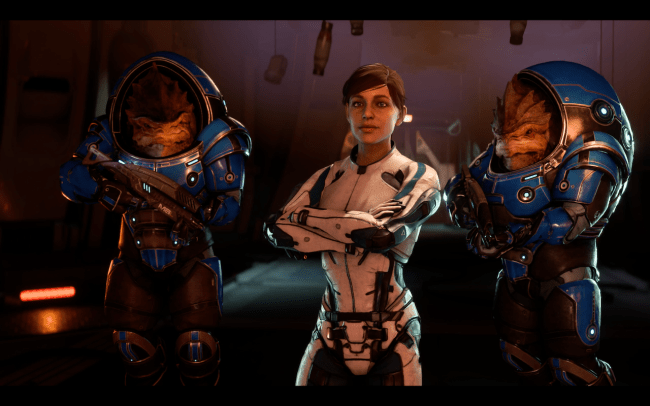 For many fans, Mass Effect: Andromeda wasn’t exactly the revolutionary new Mass Effect they were hoping for. BioWare is fully aware of the criticisms that have been leveled against their newest offering, and as such, they dig deep with the upcoming 1.05 patch, which promises to fix things like the shaky facial animations, the romance options for male Ryder, and those Sudoku-like Remnant puzzles.

As well, the patch will be offering some quality of life improvements for the game, including giving players better customization options int he character builder and the opportunity to skip those drawn-out autopilot animations that play whenever you enter or leave a planet. You can read the full patch notes over on the BioWare blog.

Perhaps more importantly (at least to me), they’ve promised to adjust the cringingly awkward dialogue with Hainly Adams, a quest-giving character who so happens to be trans. The issue with Hainly was that even though she’s a side character, she was written in such a way that it made her feel exceptionally out of place. She discloses her trans status nearly immediately after meeting Ryder for the first time, and casually drops her deadname—something that many trans people go to great pains to avoid. She feels like a poorly written character, and it stings just a little more seeing as how she was an attempt at bolstering representation within a franchise that should honestly know better.

These fixes may seem minor, but at this point, any change or improvement to the game may very well be a welcome one. This isn’t to say that the game is terrible or that it’s broken beyond repair; quite the opposite in fact. The game’s fun, in more than a few ways, and issues like the jerky animations and the understandably frustrating romance options for male Ryder really just end up getting in the way. With them (hopefully) resolved soon, the game may just feel and play better overall.

There are plenty of things to enjoy about Mass Effect: Andromeda, but these issues definitely mar an otherwise enjoyable surface. Here’s hoping the patch helps things some.