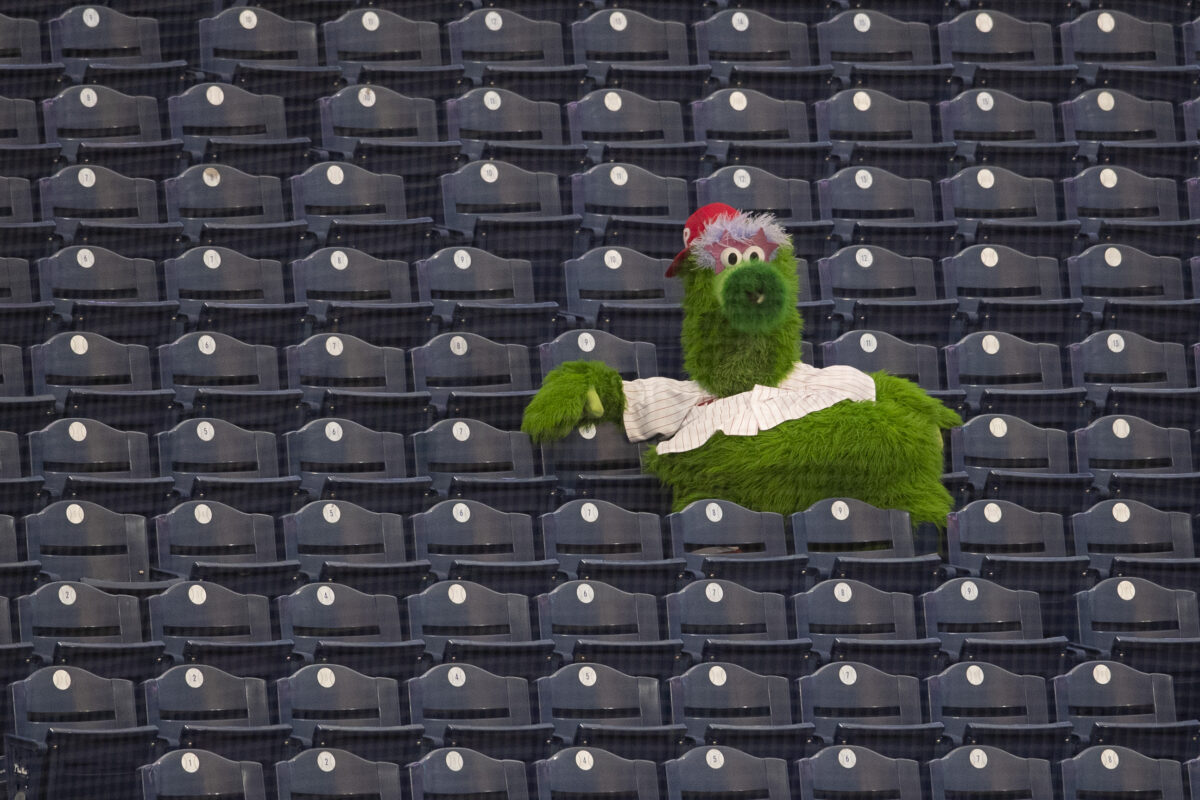 Mascots are easily the best part of sports, mainly because they don’t care—they’re just running around and having fun, and they’re typically the ones who give you free stuff when you’re sitting in the park. But right now, there are no fans in the stands to keep them entertained. Instead, they have stuffed animals or cardboard cutouts (or sims) to fill the seats, and so we have things like the Philly Phanatic just sitting in an empty stadium while watching the game.

Never did I think that I would love this new change in sports. To be honest, watching sports on TV isn’t exactly fun, in my eyes. Going to games? That’s different. You’re in on the action, and you get to see everything happening right before your eyes. On television? It’s not that exciting. So, I tend to just hear about how my favorite teams are doing, and that’s enough for me.

Now, the mascots have taken over, and the TV version has never been so fun to watch. Even Buzzfeed has collected some of the best images of the mascots just mucking about empty stadiums.

The Philly Phanatic has been on a journey, just … talking to cardboard cutouts and ignoring the actual humans working, he’s just doing his thing, enjoying the game, blocking the views of the cardboard people there …

Wally, the mascot for the Red Sox, has also been having quite the time. From singing “Sweet Caroline” with the cardboard cutouts and making sure none of them touch him to … dressing up like Santa, he has been enjoying his time to shine.

TAKE ME OUT WITH THE CROWD 🎶 pic.twitter.com/CKLQxtEMSn

To answer your questions, yes, I am wearing sunscreen. pic.twitter.com/P03MRv7oY0

Even the mascot for the San Francisco Giants has joined in.

It’s depressing seeing baseball mascots in empty ballparks, since the return of @mlb, but I am enjoying @LouSeal01 make the most of it pic.twitter.com/P7UMhFhNBO

I think that most of these mascots kind of know that we need this kind of fun right now. It isn’t like the mascots are meant to be anything other than a fun addition to the game, so why not have them messing around in the park when no one is there? I’d even take a crossover event where the Philly Phanatic calls up his NHL friend Gritty and the two do the wave across the entire park.

All I hope is that at PNC Park, the Pittsburgh Pierogies are racing each other with no one to cheer them on. Do it for me and put it on Twitter, please. I need to remember my youth.