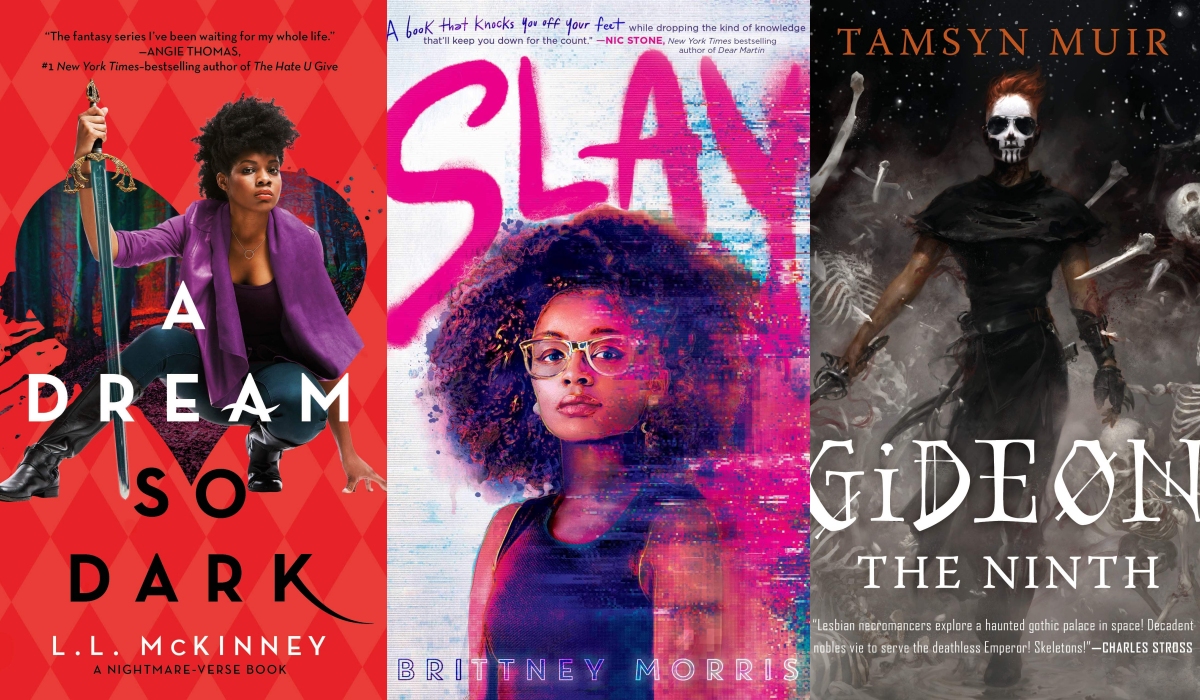 How did we get to September already? In New York City, the cool breeze is already lowering the temperature, but that doesn’t mean we can’t enjoy these last remaining beach days.  In the book world, we have some amazing debuts from authors, and to both sequels to recent YA classics and classics of feminist literature. Make some room to check them out as you get those books for the fall semester. 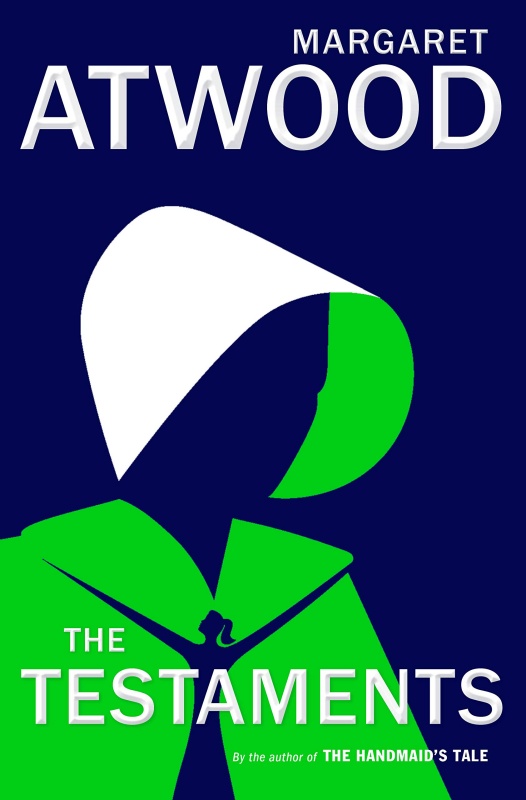 The Testaments: The Sequel to The Handmaid’s Tale by Margaret Atwood

“When the van door slammed on Offred’s future at the end of The Handmaid’s Tale, readers had no way of telling what lay ahead for her—freedom, prison or death.

With The Testaments, the wait is over.

Margaret Atwood’s sequel picks up the story fifteen years after Offred stepped into the unknown, with the explosive testaments of three female narrators from Gilead.

“Dear Readers: Everything you’ve ever asked me about Gilead and its inner workings is the inspiration for this book. Well, almost everything! The other inspiration is the world we’ve been living in.” —Margaret Atwood” 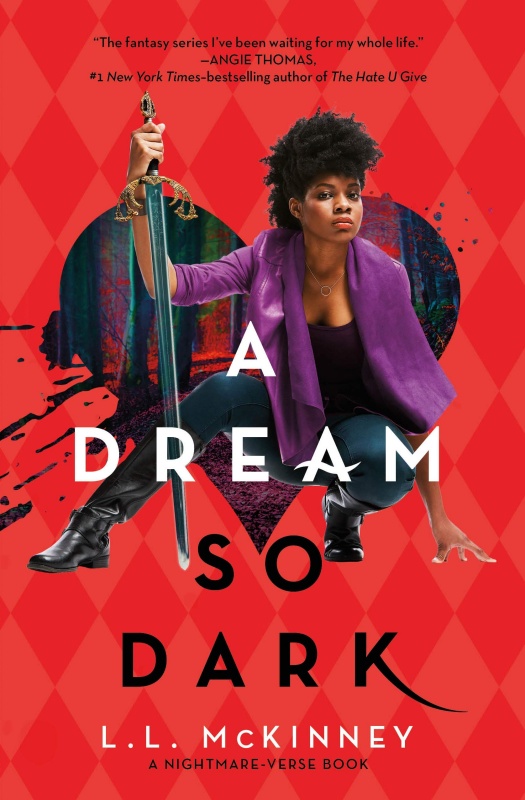 A Dream So Dark (The Nightmare-Verse Book 2) by L.L. McKinney

“Still reeling from her recent battle (and grounded until she graduates high school), Alice must cross the Veil to rescue her friends and stop the Black Knight once and for all. But the deeper she ventures into Wonderland, the more topsy-turvy everything becomes. It’s not until she’s at her wits end that she realizes―Wonderland is trying to save her.

There’s a new player on the board; a poet capable of using Nightmares to not only influence the living but raise the dead. This Poet is looking to claim the Black Queen’s power―and Alice’s budding abilities―as their own.

Dreams have never been so dark in Wonderland, and if there is any hope of defeating this mystery poet’s magic, Alice must confront the worst in herself, in the people she loves, and in the very nature of fear itself.” 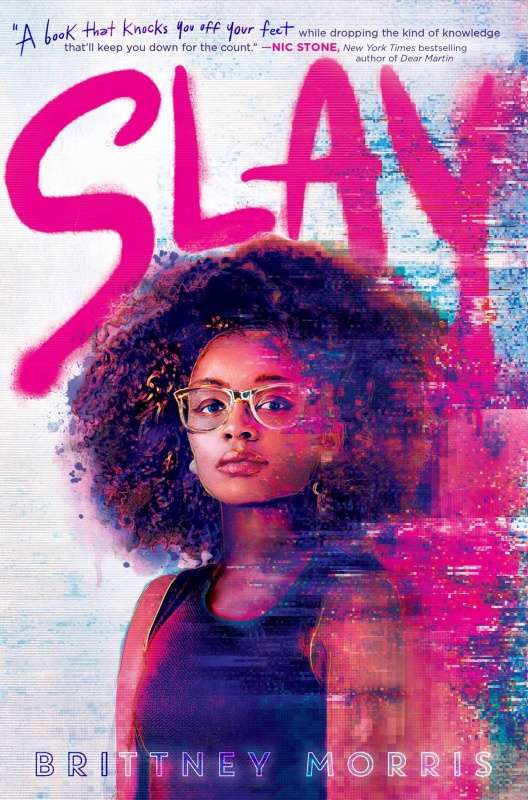 “By day, seventeen-year-old Kiera Johnson is an honors student, a math tutor, and one of the only Black kids at Jefferson Academy. But at home, she joins hundreds of thousands of Black gamers who duel worldwide as Nubian personas in the secret multiplayer online role-playing card game, SLAY. No one knows Kiera is the game developer, not her friends, her family, not even her boyfriend, Malcolm, who believes video games are partially responsible for the “downfall of the Black man.”

But when a teen in Kansas City is murdered over a dispute in the SLAY world, news of the game reaches mainstream media, and SLAY is labeled a racist, exclusionist, violent hub for thugs and criminals. Even worse, an anonymous troll infiltrates the game, threatening to sue Kiera for “anti-white discrimination.”

Driven to save the only world in which she can be herself, Kiera must preserve her secret identity and harness what it means to be unapologetically Black in a world intimidated by Blackness. But can she protect her game without losing herself in the process?” 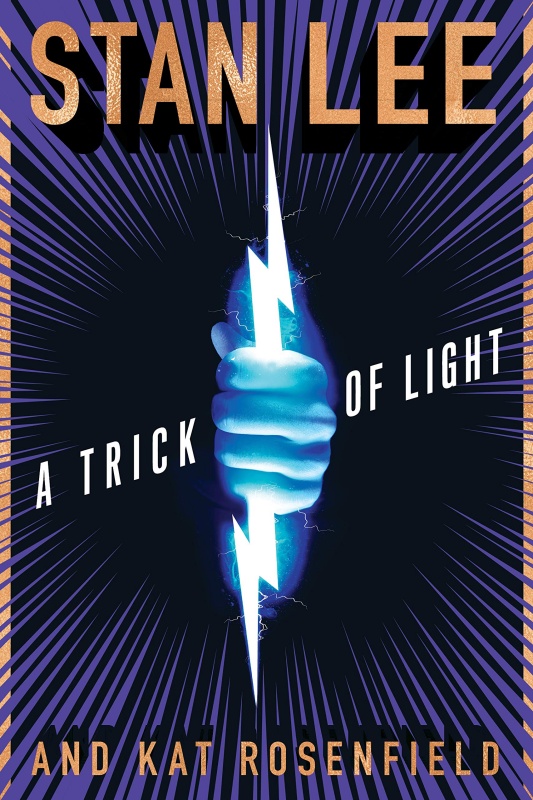 “Set in Stan Lee’s Alliances Universe, co-created by Lee, Luke Lieberman, and Ryan Silbert, and along with Edgar Award–nominated co-writer Kat Rosenfield, Stan Lee delivers a novel packed with the pulse-pounding, breakneck adventure and the sheer exuberant invention that have defined his career as the creative mastermind behind Marvel’s spectacular universe.

“Leave it to Stan Lee to save his very best for last. A Trick of Light is as heartfelt and emotional as it is original and exciting. What a movie this one will make.”—James Patterson

“For lovers of Stan Lee this is nothing short of a publishing event! (And, honestly, who the hell doesn’t love Stan Lee?) Beguiling, cinematic, operatic, A Trick of Light is a bracing espresso first thing in the morning and the thrum of a familiar love deep at night.”—Gary Shteyngart, author of Absurdistan and Lake Success.”

Gideon the Ninth by Tamsyn Muir

The Ninth Necromancer needs a swordswoman.

Gideon has a sword, some dirty magazines, and no more time for undead nonsense.

Tamsyn Muir’s Gideon the Ninth unveils a solar system of swordplay, cut-throat politics, and lesbian necromancers. Her characters leap off the page, as skillfully animated as arcane revenants. The result is a heart-pounding epic science fantasy.

Brought up by unfriendly, ossifying nuns, ancient retainers, and countless skeletons, Gideon is ready to abandon a life of servitude and an afterlife as a reanimated corpse. She packs up her sword, her shoes, and her dirty magazines, and prepares to launch her daring escape. But her childhood nemesis won’t set her free without a service.

Harrowhark Nonagesimus, Reverend Daughter of the Ninth House and bone witch extraordinaire, has been summoned into action. The Emperor has invited the heirs to each of his loyal Houses to a deadly trial of wits and skill. If Harrowhark succeeds she will be become an immortal, all-powerful servant of the Resurrection, but no necromancer can ascend without their cavalier. Without Gideon’s sword, Harrow will fail, and the Ninth House will die.

Of course, some things are better left dead.”

Is it really Fall? Damn.