Today is the first day of Women’s History Month! While we celebrate women’s achievements and works of art year-round, this month’s recognition acts as a plus. Another month also means new books for The Mary Sue Book Club!

In addition to the staples of including exciting new works of science-fiction and fantasy, we also included YA contemporaries and historical fiction. Something must be in the air because March also featured several unique retellings of classic stories. We choose ones exploring topics and themes within Jane Austen’s Pride and Prejudice and Alexandre Dumas’ The Three Musketeers. After checking out some of these titles, make sure to come back this month and let us know your thoughts and what titles we missed in the comments. Happy reading!

All My Rage by Sabaa Tahir From the Ember in the Ashes writer comes the YA contemporary novel about young love, familial sacrifice, and what it means to feel “home.” The current setting of the story follows two Pakistani Muslim teenagers (Salahudin and Noor) in Juniper, California, looking for a way out of town. However, the novel widens the perspectives shown to include them and their family. There, we get what it was like to immigrate to a new country so young and the decisions that would influence Salahudin and Noor’s upbringing. In each character, we learn their secret desires and past regrets coloring the current family situations painfully and realistically. All my Rage releases today.

A Thousand Steps Into Night by Traci Chee 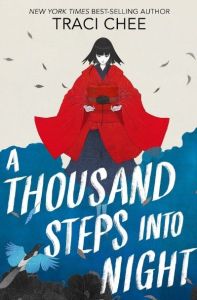 Though she lives in a magical world of monsters and gods, Miuko lives a simple life as an inn keeper’s daughter. After a run-in with a demon passing through the town, she ends up cursed with a death touch. No one in town can or wants to help her, so she embarks on a journey to reverse the curse. Miuko interacts with the broader world in a way she never imagined she would, meeting many new creatures and aiding women in dire situations.

In taking this fantastical journey, Miuko begins to wonder if she can return to town after this curse is gone or if this exposure to the world has changed her forever. Chee’s Japanese-influenced fantasy, A Thousand Steps Into Night, releases today. This YA Pride and Prejudice retelling follows the fierce speech of competitor Leela Bose, who cannot stand private school snob Rioze Darcy. When she learns Rioze is competing at the state competition, Leela preps to eviscerate his team. As the big debate nears, Leela learns that Rioze and his team are not what they seem. Unfortunately, developing feelings also complicate matters as Leela preps for the big debate. Debating Darcy releases today. 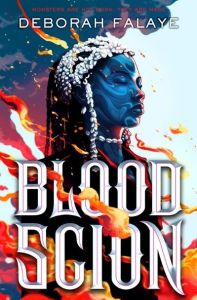 Inspired by Yoruba-Nigerian mythology, this YA Epic Fantasy follows 15-year-old Scion Sloane. As a descendant of the ancient Orisha gods, Sloane must keep her identity a secret. The rules of Lucis’ reign mean death if her identity is made public. After she’s conscripted to the military, Sloane sees this not as a punishment for her lower class but as an opportunity to destroy Lucis’ brutal rule from within. Falaye’s debut novel, Blood Scion, releases March 8.

One for All by Lillie Lainoff 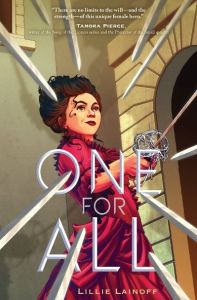 One for All is a three musketeers retelling from the perspective of a musketeer’s daughter. Known as “the sick girl” due to her chronic illness, Tania de Batz feels most comfortable with a sword in her hand. When her father is killed by a mysterious murderer, she seeks to fulfill his dying wish, which she thought was a finishing school. In actuality, L’Académie des Mariées serves as a secret training academy for socialite women to learn the ways of the musketeers.

Tania quickly feels at home around the other women. When she meets a target for a mission, she learns he is linked to her father’s case and follows that lead—a lead that gets more and more complicated as the story unravels. Lainoff’s debut novel, One for All, releases March 8.

The Way Spring Arrives and Other Stories by Yu Chen, Regina Kanyu Wang Edited, translated, and written by women and nonbinary people, this book features 17 Chinese SFF stories. All published in English for the first time, the stories include a dining experience at the end of the universe, flowers performing Shakespeare, parenting to digital children, and more. Also included are five essays exploring the intricacies of translation these stories. The Way Spring Arrives and Other Stories: A Collection of Chinese Science Fiction and Fantasy in Translation from a Visionary Team of Female and Nonbinary Creators releases March 8.

My Volcano by John Elizabeth Stintzi 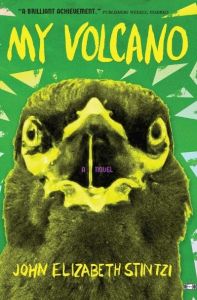 A strange rock in Central Park grows into a two-mile-wide, active volcano within three weeks. Flittering around this eco-horror story are fragments of other moments for people worldwide experiencing shifts in the natural world. Of the many stories, some include involuntary time travel, PTSD from civilians living through war, a common injury gone awry, writers’ block, and fiery folkloric studies. My Volcano releases March 22.