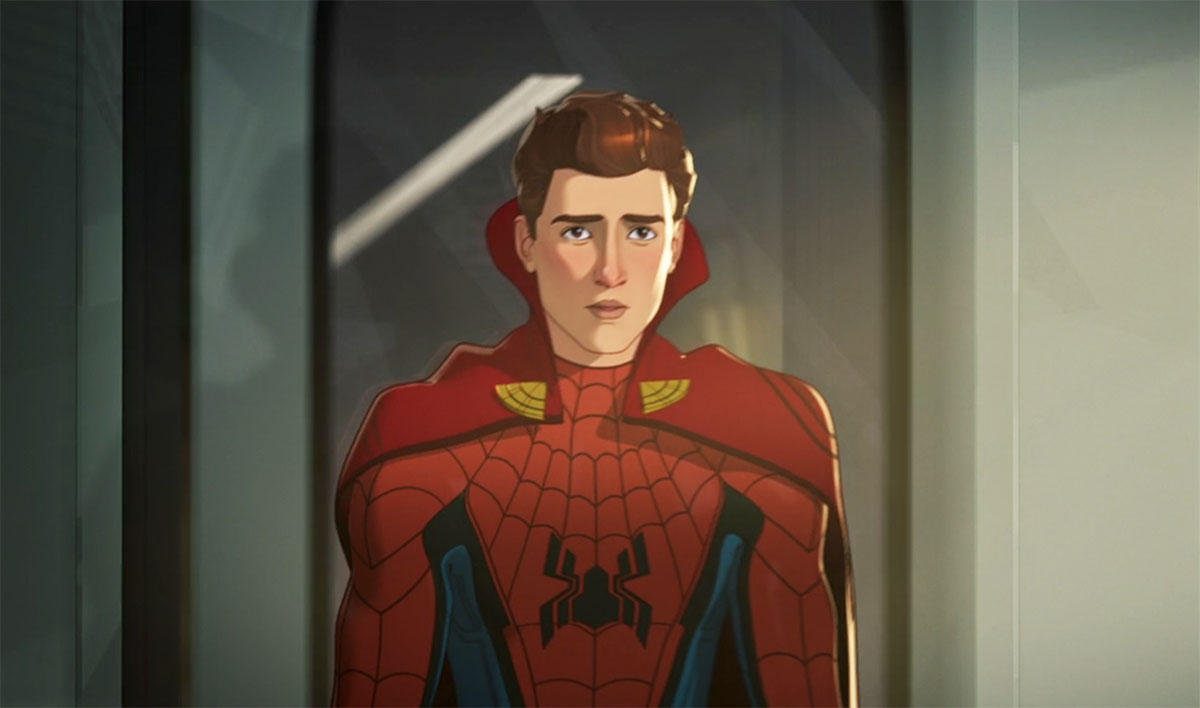 **Spoilers for Marvel’s What If…? episode 5 lie within.**

Marvel’s What If…? asked us what if the Avengers had to take on zombies, and while the individual Avengers were a bit hit-or-miss when it came to how good at being zombie hunters they were, one thing was certain: Peter Parker was at his strongest while trying to keep everyone happy and hopeful.

Peter Parker is always somewhat optimistic because he’s been through so much and knows how to keep himself going. That was abundantly clear in this episode. When everyone is trying to make it through the zombie apocalypse and just stay alive, Peter is making jokes and filming fun introduction videos. I love him so much.

Bringing back Peter’s love of making movies (which I think is a fun little nod to his love of photography in the comics and other incarnations of the character), Peter works with Kurt, Sharon, Happy, and Bucky to make a video about how to survive, to show to Bruce Banner. And it’s just a fun look at how Peter Parker would try to survive zombies. It’s just him making movies, referencing movies, and then surprisingly being the only one who makes any sense—like suggesting that they shouldn’t split up.

But more than all this, Peter Parker brings his own pain to the forefront to give everyone else a sense of hope.

While hilariously cheesy and so Peter Parker, there is a moment in the episode where Hope is dying from the infection, and she says that everyone knows what they need to do for her, despite being potentially close to a cure. Peter, in his very sweet nature, says to her, “It’s not risk. It’s hope,” after she says it is too much of a risk to keep her alive.

Yes, it’s a sweet notion, but it is also Peter telling Hope Van Dyne to have … HOPE. Peter, a mess all the time, just wanted everyone to try to stay optimistic, and it’s an incredible look into Peter as a character. In that same scene, he brings up everyone he lost after Hope asks him how he stays upbeat, clearly showing her love for Peter. But he’s genuine in his response.

He says that he’s had “practice” being upbeat when everything feels against him, and then lists to Hope all the people who have died in his life.

And even having lost so many and, in that moment, not having had the time to properly grieve for Happy Hogan, he still wanted to be a beacon of “hope” for everyone else. And that, when you break him down to the simplest of parts, is why Peter Parker is so special. So much has been taken from him, and yet, he keeps picking himself up and keeps going.

I love Peter Parker with my entire being, and I think that this episode of Marvel’s What If…? did a good job of breaking down what makes him so special to me.