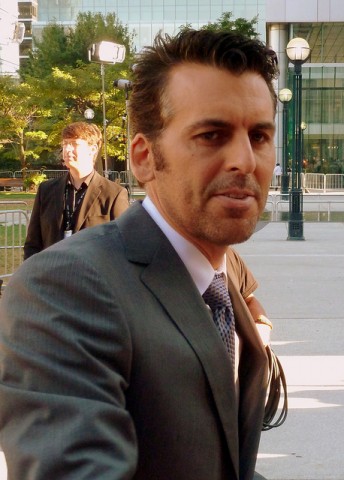 We’ve been talking a lot about how Marvel’s Most Wanted is the Mockingbird and Hunter show, but believe it or not there are other characters that are being cast. Two of them were announced today!

Oded Fehr (Covert Affairs) and Fernanda Andrade (The Devil Inside) will be joining the show as recurring characters, along with Adrienne Palicki, Nick Blood, and Delroy Lindo as Dominic Fortune.

According to Deadline Hollywood:

Fehr’s role is described only as “a well-known character from the Marvel comics who will prove a force to be reckoned with.” Andrade is Christina Santos, the tough-as-nails niece of Dominic Fortune. Fortune and Santos work side-by-side appearing to help Barbara “Bobbi” Morse, aka Mockingbird, and Lance Hunter while also pursuing their own agenda.

Marvel’s Most Wanted is created by Jeffrey Bell and Paul Zbyszewski, and they’ll be Executive Producing along with Jeph Loeb for ABC.

So….who do you think Fehr’s mystery character is? Speculate to your heart’s content in the comments below!