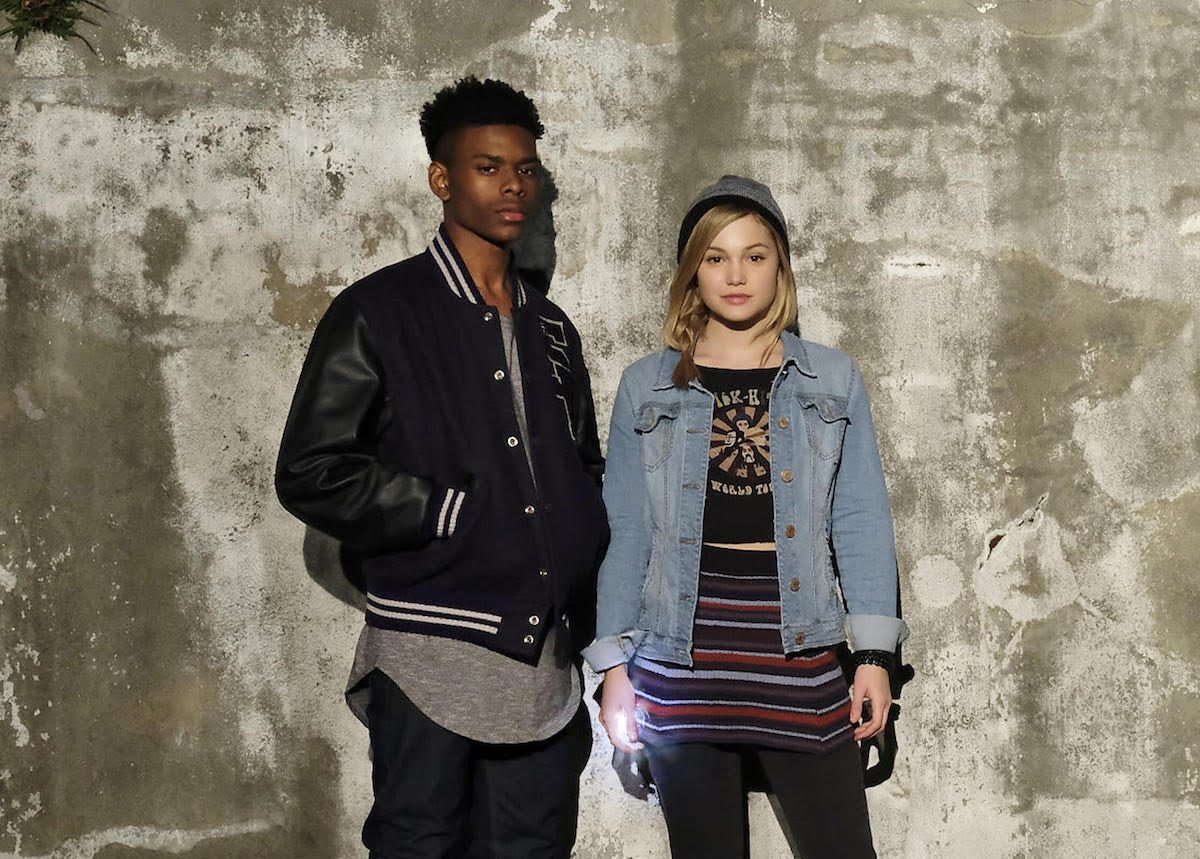 Cloak and Dagger, which premieres on Freeform on June 7, is not like any Marvel series you’ve seen before. It takes place on the fringes of the Marvel universe, set in New Orleans, far from the battles of New York and the Sokovia accords. It has only the bare minimum of Easter eggs connecting it to the grand narratives of Avengers and Defenders. That’s actually good. Cloak and Dagger is concerned with a much smaller, but far more immediate and intimate story.

It’s the first Marvel outing on the millennial-focused Freeform, and that sensibility shows. It follows in the footsteps of Black Panther and Jessica Jones (with which it shares writers) to address pertinent social issues under the veneer of a superpowered narrative. The show is about race, class, police violence, corruption, and even faith, with the superhero stuff as window dressing. That’s both the strength and weakness of the show.

Cloak and Dagger is all about playing with the audience’s expectations in different ways. It centers on Tandy (Olivia Holt) and Tyrone (Aubrey Joseph), who are linked by concurrent tragedies as children, involving lost family members, a miracle rescue, and a mysterious explosion at the obligatory evil corporation that seems to give them super powers. Those powers, however, aren’t activated again until the two meet once more as teenagers, prompting them to confront their pasts and themselves. Their powers are mysterious and complimentary. Tandy can generate light and crystalline daggers from her hands, and Tyrone can teleport and crate darkness that surrounds him like a cloak of shadow. They also both have the ability to see into other people’s thoughts and dreams, with Tandy seeing positive feelings, and Tyrone seeing only the darkness.

Light and darkness, black and white, fear and hope—these are all themes and metaphors that run throughout the series premiere, in both expected and subversive ways. Tandy is white and Tyrone is black, and as children, Tandy is affluent while Tyrone’s family is poor and struggling. But, by the time they are older and our narrative begins, their positions have flipped. Tyrone’s family saw their tragedy as a reason to fight, whereas it broke Tandy’s. Later in life, Tyrone is the one attending a prestigious private school while Tandy is pretty much homeless, using drugs and stealing from rich white guys to survive. This continues on into the relationship of the heroes to their powers.

Tandy is defined by her history of running away from her problems and hiding, but she doesn’t get the power that allows her to do that. Instead, she’s cursed with the ability to cast light on situations, forced to fight up close, see into the hearts of those around her, confront the love they feel for her that she can’t return. Tyrone, on the other hand, wants to be a good student and a good son, but his powers immediately undermine that and force him to confront the poisonous anger that’s brewed inside him since his childhood loss. It even goes a bit further, Tyrone’s “dark” powers seem to exist in contrast with the fact that, between him and Tandy, he’s much more of a good person. Their powers activate and work together, but maybe not in a good way. The entire situation asks that audience to think about what these characters deserve and why. 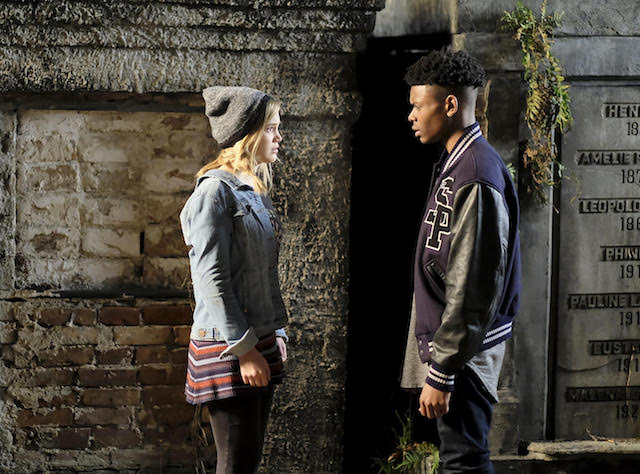 The use of light and dark, down to the clothes and color palette of the production, as well the religious imagery throughout, makes the series beautiful to watch, however, it’s sometimes a bit too on the nose. From black and white clothes to gray morality, the metaphors and commentary on society are everywhere. In fact, there’s so much going on in Cloak and Dagger that it can actually get overwhelming. In the first episodes alone, we have police brutality and dirty cops, racism, two attempted rapes, class issues, questions of faith, two characters with drug problems, and quite a few felonies. These are all interesting subjects, but they sometimes overwhelm the actual story we tuned in for. This is ostensibly a show about two teens with super powers, but that often seems secondary to the many social commentaries it’s trying to make. The commentaries are good, individually—though I could have done without another heroine’s story based on sexual assault—but they do bog the show down.

In some ways, it’s refreshing to see a series take its time to build characters and show us a flawed, complex world in early episodes, but there’s a fine line between careful and slow, and Cloak and Dagger doesn’t always stay on the right side of it. Tandy and Tyrone are at their most interesting when they’re together, but that barely happens in the first few episodes. Their individual stories have some drama, but they’re much less interesting apart.

Also, both Tandy and Tyrone suffer from the fact that they aren’t necessarily likable characters. Tyrone is soft spoken and obedient to the point of flatness, and Tandy manipulates and abandons people. We’re asked to feel sympathy for them, but they don’t actually do much to show that they’re good people, and while the performances from Holt and Joseph are nuanced, they’re also quiet and not always compelling. It’s admirable that these characters are allowed to be flawed and weak—that’s human—but it’s sometimes hard to root for them when they continuously make bad choices. Hopefully the series will allow them to grow into the heroes be tuned in to see, but I’d like more hints of the possibilities.

Even though the two-hour premiere has these issues, it’s engrossing, and I think it will draw audiences in with the promise of what Tandy and Tyrone can do and discover once they come together. The supporting performances, especially from Gloria Ruben as Tyrone’s mother, are great, and the central mystery seems like it could be interesting, if it goes somewhere other than the “evil corporation doing evil things and a kid getting caught in the crossfire” trope we’ve seen before. The focus on faith, magic, voodoo, and miracles is interesting and something we haven’t seen much in the Marvel universe, even though it’s a place where Gods walk among men (and raccoons), and magic and science are one and the same. Cloak and Dagger is frequently not what you expect it to be, so here’s hoping it continues to surprise us.

The two-hour series premiere of Cloak and Dagger airs Thursday, June 7th at 8:00PM on Freeform.