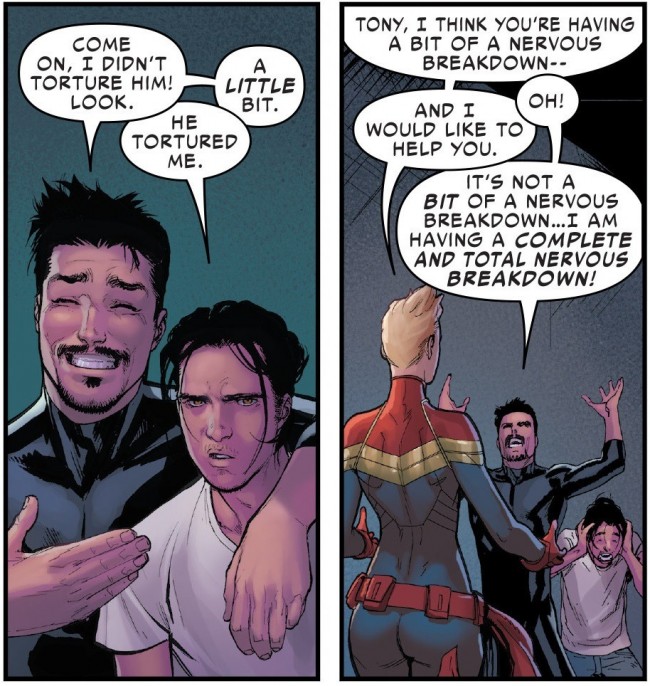 Remember when Civil War II was a “Summer Event” and was supposed to be the lead-in to Marvel NOW! books? Well, it looks as though this already-delayed series will be experiencing further delays, pushing the series into December, and quite possibly meaning that we’ll see the ramifications of that ending on other titles before knowing how it ends. So, it’s kind of like we have our own Ulysses amirite? Showing us the future? No? No, huh? *sigh*

As reported by io9, Civil War II #6 was supposed to be out this month, but has now been pushed back to an October 26th release, which pushes everything back. That new Issue #8 that was greenlit as a final issue? Diamond Comics Distributors gives that a release date of December 28th (it was originally due November 2). Similar delays happened during Brian Michael Bendis’ Secret Wars event last year and so the lead-in to Marvel’s All New, All Different relaunch arrived after the relaunch.

Obviously things are different this time. One of the big reasons for the delay is that artist David Marquez’s wife had a baby right around the time he was to be drawing Issue #5 and he took time off to be a new parent. Great! The further delay just lends credence to the argument that perhaps the whole “Summer Event” thing needs a rest. We don’t need one every single year, certainly not if they continue to be these bloated, unwieldy things that cannot be controlled, creating new statuses quo that we know will only be overhauled during the next Summer Event.

You can’t surprise readers with “THIS CHANGES EVERYTHING!” storylines every year. Eventually, they stop being surprises and start being nuisances. We like you, Marvel. We really like you. Trust that you’ve created some awesome characters and let them each do their thing in their own books. Go on a Summer Event hiatus!

As it stands, I’m feeling like I did watching Jack Bauer on 24 and thinking, “Would any one person have this shitty a day every single year? Really?”