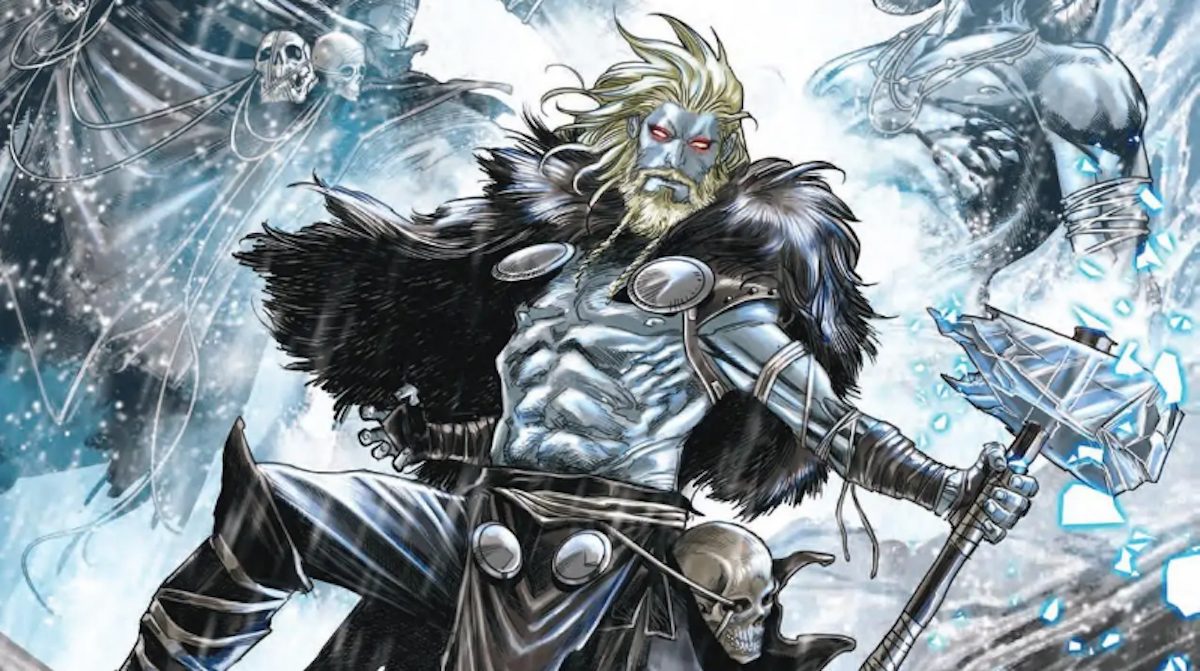 I sat down with comics writer Ethan Sacks to find out what’s in store for the universe where Thor is brought to Jotunheim and grows up amongst the Frost Giants.

Marvel has run “What If…?” comics for decades—books that explore what might happen if our heroes’ histories were built on totally different foundations. The latest series of six one-issue comics are set in such disparate alterna-timelines as Flash Thompson bitten by a radioactive spider, the X-Men operating in a digital landscape, and Peter Parker going the Punisher route after Uncle Ben’s murder.

As a fan of Thor in both comics and the Marvel Cinematic Universe, I was excited by the God of Thunder’s new What If? scenario: what if instead of Thor’s father Odin triumphing over Jotunheim, Asgard and its ruler fall to the might of the Frost Giants, and a young prince Thor is taken by Laufey to live as a Jotun? 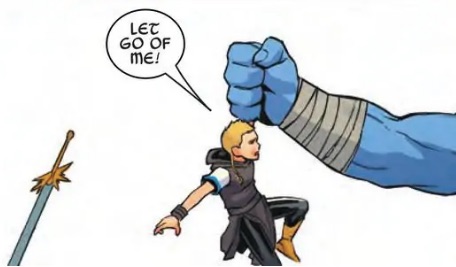 How much of Thor’s character as we know him would be preserved—how much is nature, and how much nurture? What changes would he undergo being reared by Asgard’s sworn enemies? And what about Loki, who in this ‘verse also grows up in Jotunheim, where he’s considered a runt by his father Laufey and the rest of society? How much of Thor and Loki’s famously close-yet-combative brotherly relationship exists under altered circumstances?

Thor fans have eagerly anticipated the What If? issue since its announcement in July, generating a good deal of their own fanart of a blue-skinned, fur-cloaked Thor wielding a mighty ice hammer, as inspired by Marco Checchetto’s badass cover design. Loki fans have been nervous that their beloved trickster, who recently met his MCU demise at Thanos’ hands in Infinity War, might not get to play a significant part in the comic.

Luckily for Loki partisans, this couldn’t be further from the case. I spoke with What If? Thor #1 writer Ethan Sacks, who told me that the one-shot is a “two-hander”—that it deals with the legendary brothers on equal footing.

Sacks is a longtime comics aficionado who “learned how to read by reading comics,” and has written on Silver Surfer, Secret Empire: Brave New World and Old Man Hawkeye. Marvel was interested in a story where Thor was raised by Frost Giants, and then the What If? narrative was his to propose and shape from there. Sacks got so immersed in the concept that he said he could have gone into multiple issues, since he and artist Michele Bandini span a time period between Thor being seized as a child to Thor becoming a blue-hued Jotun warrior in his own right. 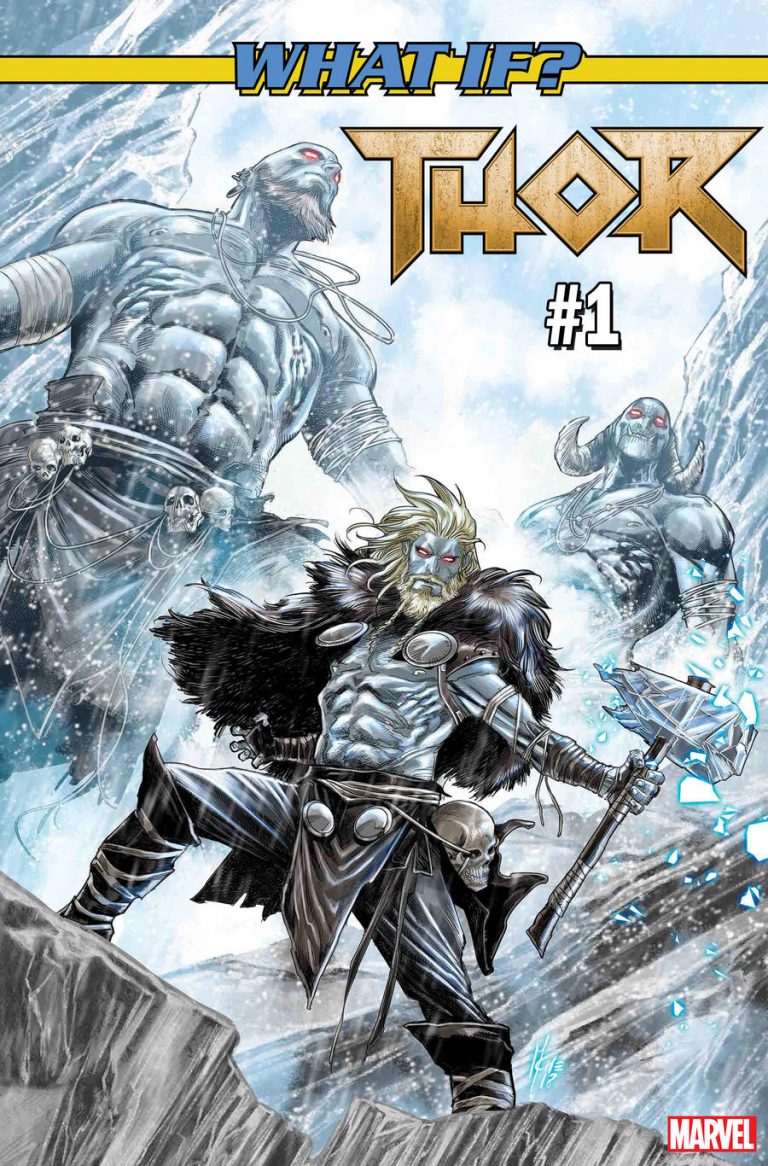 A balm for sad Loki fans’ Infinity War wounds: Sacks’ favorite character in the What If? is Loki, and he appreciates actor Tom Hiddleston’s portrayal of Loki in the MCU for bringing humanity to Loki and making him “more than a mustache-twirling villain.”

To create the upside-down world of the What If?, Sacks thought about that longstanding canonical chip on Loki’s shoulder of being second-best, living perpetually in Thor’s shadow. Through the quirk of the What If?, would Loki instead be the more dominant brother in Jotunheim or would Thor still rise to eclipse him?

Sacks decided that Laufey, the leader of the Frost Giants, is not a great father in any incarnation (including the original Norse mythos), and that as a result, Loki—rather undersized for a Frost Giant—isn’t exactly thriving in his native Jotunheim. This leads to Loki befriending Thor upon the other’s arrival, happy that there’s a newcomer who’s even more on the outside of things than he is, and the two quickly bond.

In every universe, Loki seems destined to fall short in comparison to Thor and grow resentful of that state. But the Loki of this What If is also a different Loki than we’ve seen before. He’s actively searching for his own place in the world, and because of the influence of other characters, he grows up “a little kinder” than he might have otherwise. The brothers both evolve in unexpected ways.

Front and center, however, is the inevitable push-pull between Thor and Loki. “We kept coming back to wanting to see them grow up, and how they naturally grew up into this,” Sacks said. “I wanted to get that brotherly bond in there [from the beginning]. But there comes a time when they’re tested.” 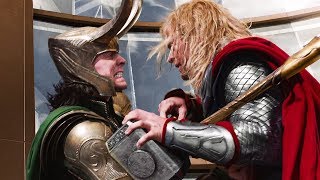 When I asked about the “nature versus nurture” element in terms of Thor’s characterization, wondering what of Thor’s personality still exists no matter where he is, Sacks had a ready answer: “He’s still a hero—just a hero to a different set of people.”

Sacks expanded on this, explaining, “The biggest change in [Thor] is the seriousness. He’s not all about women and wine and mead, you know, let’s slay our enemies and then party—he’s as serious as Laufey. I spent a lot of time thinking about the psychology of what it would be like growing up in that cold—metaphorically and literally—cold place, and I thought, that’s not a place where there’s a lot of partying. They pillage to survive, rather than the excitement of conquest, that Viking mentality in the comic books. I felt like they were maybe more Romulan than Klingon.”

Sacks also dove back into reading every possible iteration of the Loki origin in the Marvel universe, from Stan Lee to J. Michael Straczynski. He kept returning to how much of Loki’s identity derives from “Laufey’s embarrassment of this little runt,” and the impact that makes in the long-run. So though the title here is Thor’s, the conflict centers around the brothers, which is good news for fans who think the best “Thor” narratives emerge when they are banding together or at odds. Their grounding as foils who also care about each other makes for intriguing drama no matter where they are.

The universe here is rather stripped down, focusing on just a handful of characters, because “we really wanted to spend out time developing Thor and Loki, their relationship, their relationship to their father, and this mother figure who is lurking.” For all that the What If? is a big story told in several of the Nine Realms, Sacks pictured it almost like a play, “a Shakespearean-type relationship between them and their father, and they’re seeking approval.”

Ultimately, “I wanted it to feel like it was about both of them,” Sacks said of the importance of highlighting the brotherly duo—and he hoped to give Loki a sort of resolution that he hasn’t found before.

Having read the comic, which features wonderfully dynamic art from Bandini and a poignant story that’s both action-packed and emotional, I think that fans of Thor and Loki will emerge more than satisfied. The only downside is that our time in the What If? universe is relatively brief.

Maybe if we all grab a copy when What If? Thor #1 comes out on October 24th, Marvel will consider revisiting this bold new world again? I’m buying two copies.

You can pre-order What If? Thor #1 on Marvel.com, at Comixology, or snag it at your local comics shop tomorrow.