Is this the Trailer for Marvel vs. Capcom 3? Update2: Yes, Yes it Is. 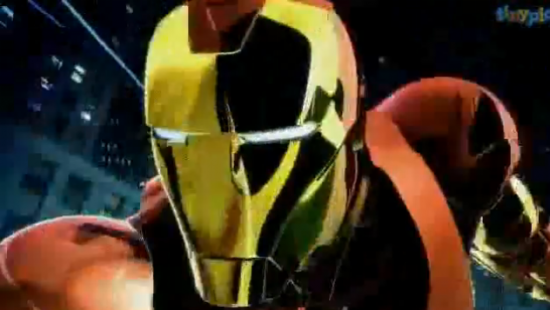 Gamers, you may want to sit down: just three days after rumors of a third Marvel vs. Capcom game surfaced, wildly exciting fans of MvC2, what appears to be a trailer for Marvel vs. Capcom 3 has leaked to YouTube.

It doesn’t look like any of this is gameplay footage, but it’s a pretty awesome trailer, featuring souped-up battles between Wolverine and Ryu, Iron Man and Morrigan, and The Hulk and Resident Evil’s Chris Redfield.

Upon seeing this, my initial joy and reverence quickly turned to fear: Namely, the fear that all of this cool 3-D footage meant Capcom was going to go all 3D on us for this game. Marvel vs. Capcom 2 is, for my money, still the best fighting game of all time, despite its being released ten years ago. It’s a complex game, to be sure, with three-fighter teams, absurdly long combos, and dense gameplay mechanics, but it also kept it simple and 2D, a restraint that many of the fighting games of the 2000s lost in favor of blind obedience to 3D and frequently glitchier, more boring gameplay.

rumor has it Marvel vs. Capcom 3 will be 2D in terms of gameplay, and to the extent it dabbles in 3D, it will be similar to Capcom’s Street Fighter 4, one of the best modern-day reimaginings of a classic 2D series.

Update: cannot. contain. joy. It’s all real, and the game’ll be out in Spring of 2011, according to MTV. How does “Marvel vs. Capcom 3: Fate of Two Worlds” sound to you?

Update 2: Marvel has posted a gallery of promo art for the game: No new characters, but still pretty cool (and we’ll hopefully see it expanded in the weeks to come.)

The Fighters Generation has details, many of which have been previously echoed on Joystiq:

(via The Fighters Generation)