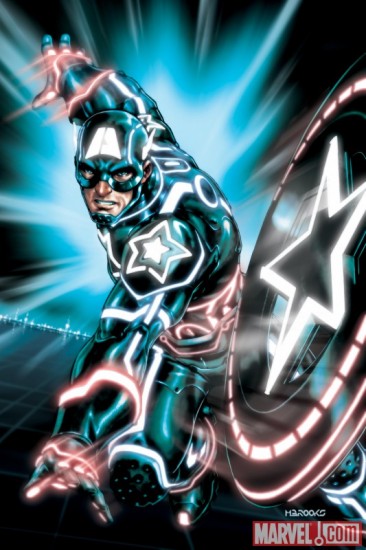 When the Marvel/Disney merger was made official, a lot of people immediately plundered the wide ranging crossover potential, from Spider-Man in Kingdom Hearts to a Beast buddy movie.

Today we see the first shamelessly tied in fruit of that union, in the form of a series of variant covers for Marvel’s November titles, where ten of Marvel’s biggest characters get reinterpreted Tron-style.

And those ten heroes are… Captain America (click above for a larger version.) 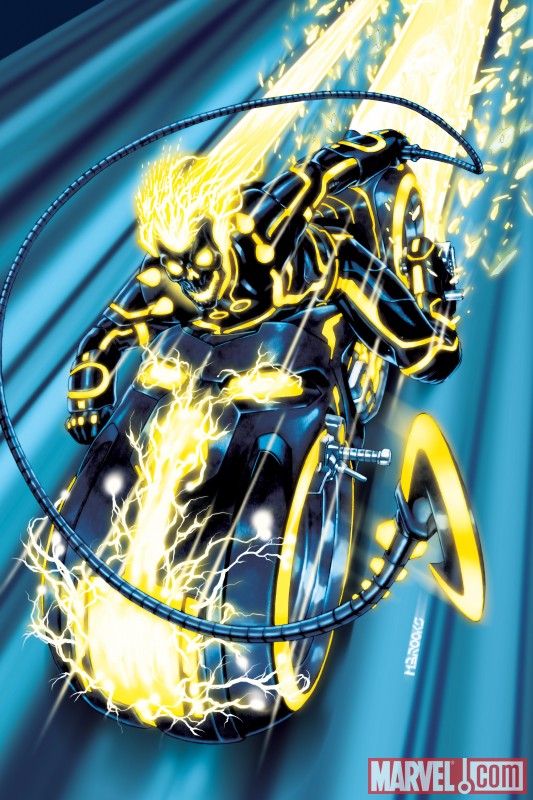 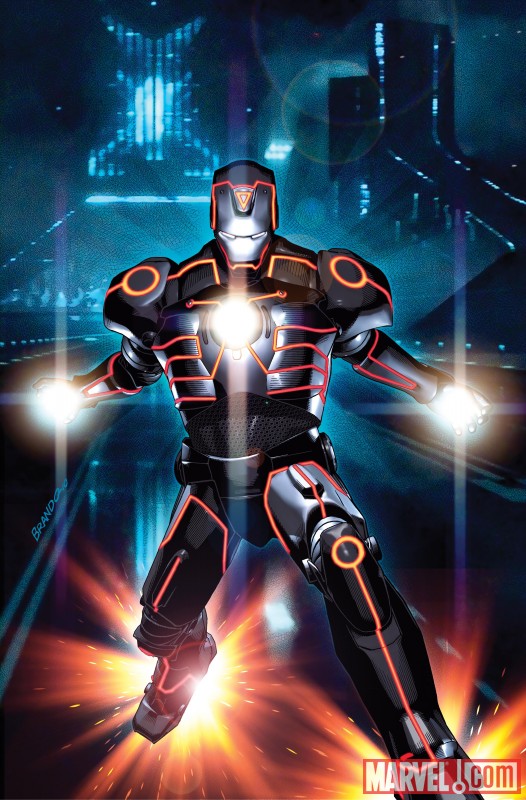 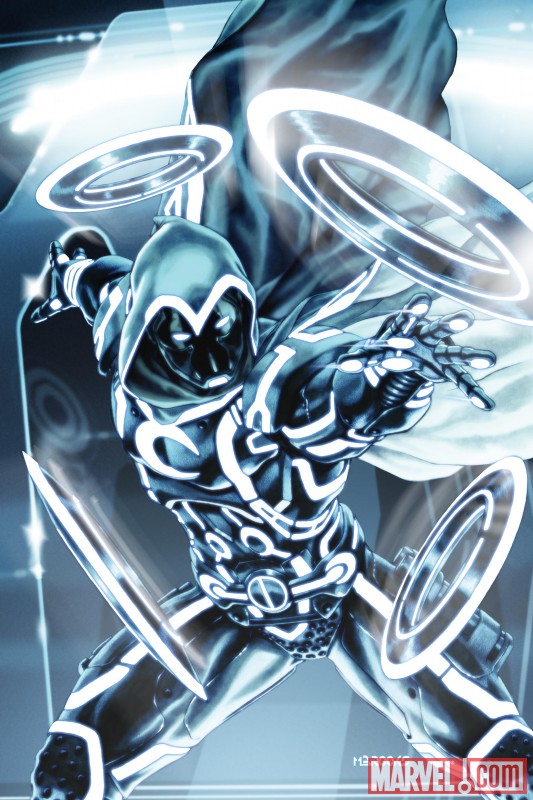 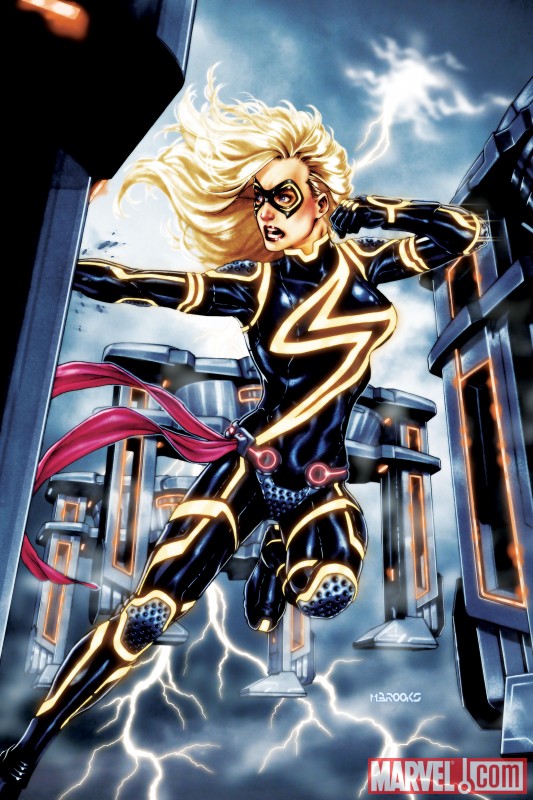 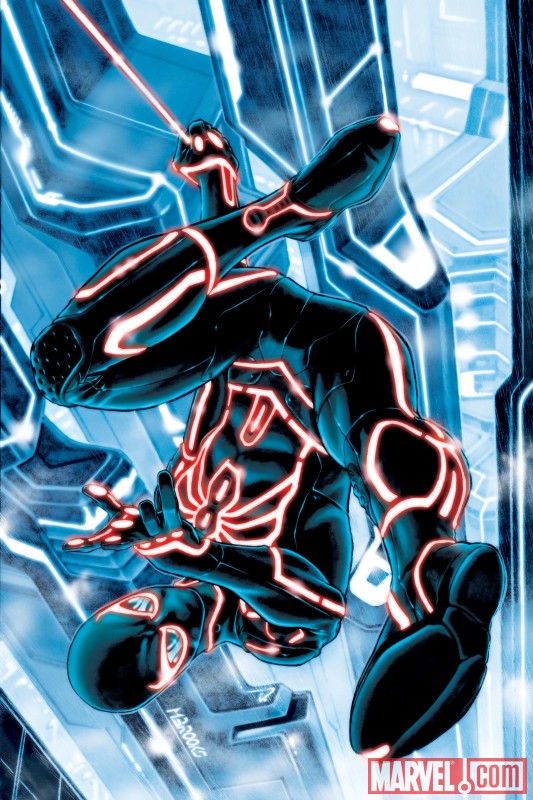 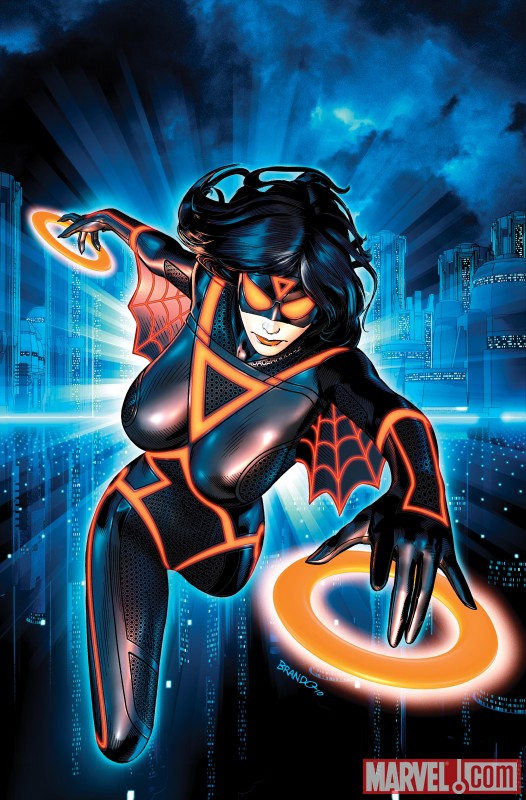 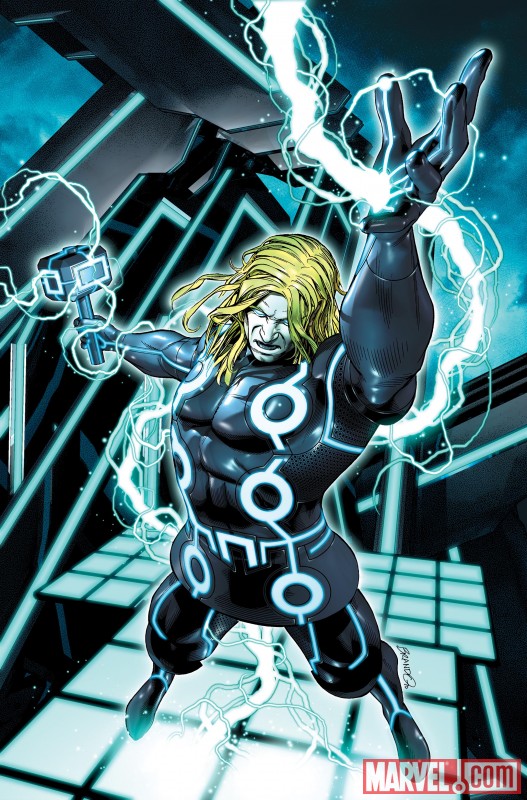 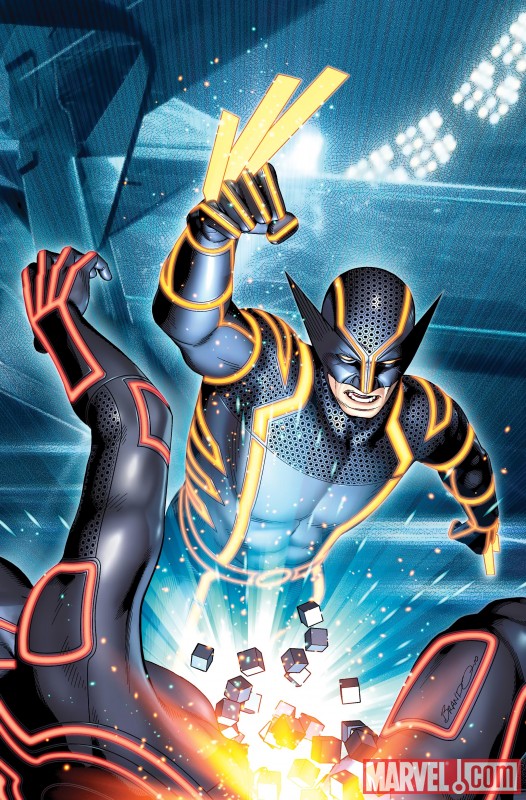 Just don’t flip out too much: these art revamps are only cover deep.