Gwen Stacey and Riri Williams are getting their own films.

Marvel announced in a press release that the first special will focus on Ghost-Spider, and will follow the character as she teams up with the Secret Warriors to battle Sheath and Exile (Booboo Stewart). While Ghost-Spider was the focus of the Initiation shorts, she was absent in Secret Warriors, much to the disappointment of all the Gwen Stacy fans out there. Dove Cameron (Descendants 3) will reprise her role as Stacy, saying “I am so excited to return to the world of ‘Marvel Rising’ as Ghost-Spider! It’s so rewarding to be part of a project that resonates with girls, and speaks to topics and subject matters we can all relate to.” 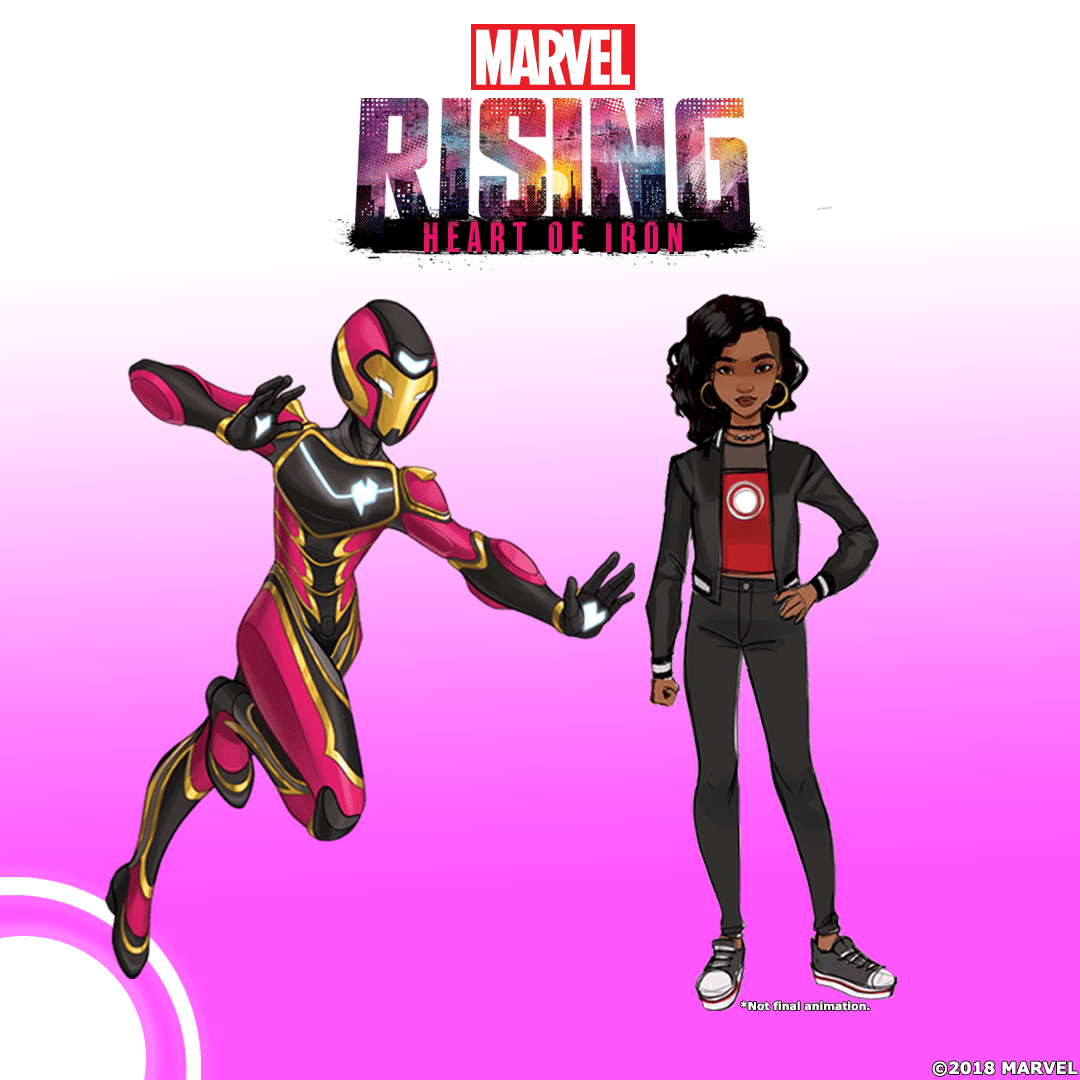 The next upcoming project will be 44-minute special that introduces Riri Williams/Ironheart to the Marvel Rising world. The special will follow Riri in college, where she must fight Hala the Accuser (Ming-Na Wen, reprising her role) and save her kidnapped best friend. Riri is a great choice for the Marvel Rising franchise, as she is a strong character who is passionate about STEM, someone girls and boys can look up to. Riri will be voiced by Sofia Wylie (Andi Mack), who said “I feel so honored to be a part of the Marvel family, but more importantly I’m excited to join a cast of diverse, strong intelligent women! I can’t wait for fans to see my character and to see a little of themselves in this powerful young woman.”

“We believe girls and boys are going to be so thrilled to see what happens next for The Secret Warriors, and watch new heroes shake up the team,” said Cort Lane, Marvel’s Senior Vice President of Animation & Family Entertainment. The specials will bring back the voice talent from Secret Warriors, which include Milana Vayntrub as Squirrel Girl, Kathreen Khavari as Ms. Marvel, Kamil McFadden as Patriot, Tyler Posey as Inferno, Chloe Bennet as Quake, and Cierra Ramirez as America Chavez.

We are here for the upbeat, inclusive, and female-centered world of Marvel Rising. Did you watch Secret Warriors? What other characters would you like to see introduced in the franchise?