What Does Avengers: Endgame Mean for the Future of Marvel’s Disney+ Shows?

We're excited no matter what. 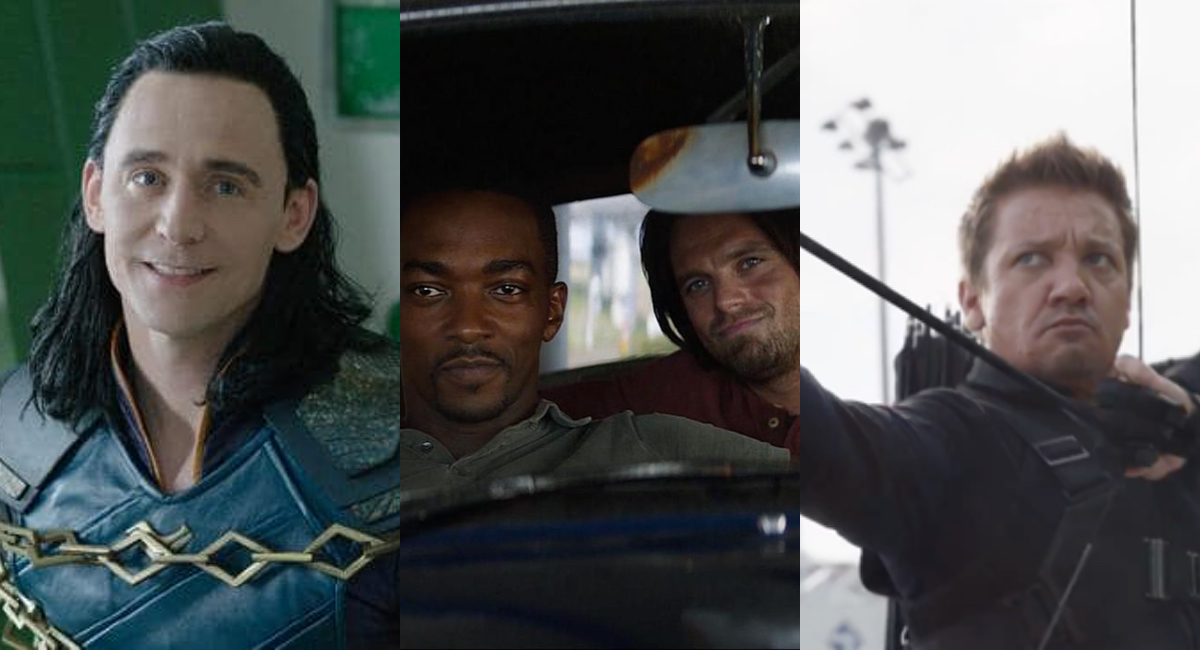 We at The Mary Sue are excited for many of the Disney+ series that will center on our favorite MCU characters. From trickster Loki to everyone’s favorite odd couple Sam and Bucky, the new Disney+ series will explore characters in depth; however, given how Avengers: Endgame ended, many will probably play a role in Phase 4 and onwards too. Let’s break down what the film means for some of these shows.

(Avengers: Endgame spoilers! Why would you click on this without having seen the film?)

The Loki show was the first Marvel series announced on Disney+, and it came right on the heels of Loki dying at Thanos’s hand in Avengers: Infinity War. Popular theories were that the series would be a prequel, or focus on teen Loki with Tom Hiddleston serving as a narrator, but Endgame basically served us up the plot on a silver platter when Loki, fresh off his defeat in New York, stole the Tesseract and zipped the hell out of there. Does this mean he’s creating an alternate reality? Most likely, as Thor and Rocket see Loki in his cell on Asgard in the main timeline.

So now we have an alive Loki, at his peak villainous era, possibly time-skipping around with the Tesseract. Other rumors said that the show would involve Loki time-traveling to various historical events and causing mayhem. That’s probably the plot, but now we also have a chance for an extended arc that is Loki actually getting the redemption story he never really got in the films. In Ragnarok, his crime of trapping Odin on Earth and poorly leading Asgard is mostly brushed over, and it’s only after a heartfelt conversation from Thor about the love he has for his brother that Loki sort of gets his life together. However, he dies about fifteen minutes later.

I love Loki, and I’ve been waiting for him to get a real, true blue redemption arc for a while. The show has the chance to really show us a Loki who grows and changes, rather than the God of Mischief and occasional self-sacrifice. Besides, that leaves the door open for a conclusion to the Thor films, as we’ve got a rumored Thor 4 in the works from Taika Watiti. The sun still might shine on Thor and Loki again, but this time Loki’s really going to have to earn his comeback.

The Hawkeye show is the answer for those of us who wanted Clint to be the one to die instead of Natasha. Marvel is finally writing their take on Clint out of the franchise by having him pass the mantle on to Kate Bishop. While Renner will play a large role and it will be the MCU take on the character’s swan song, but the big hint in this is that Phase 4 will include the Young Avengers. If Kate is there, the others will follow, and it could lead to either more Disney+ series about the Young Avengers or them finally being introduced on the big screen.

This will probably be Clint’s final Marvel appearance, which is probably for the best. Marvel has struggled with his characterization for the entirety of his run, up to including a turn as Ronin that was mostly him killing people of color. Just as how Steve Rogers passed his mantle on to someone else, Clint can now pass the mantle so that the title of Hawkeye can remain in the MCU while the original Hawkeye can be written out. Besides, he’s at his sell-by date; how many more times can he go running off to protect his family or avenge his family?

The show I am now most excited for, as you might have guessed, is Falcon and Winter Soldier. To me, it offers the richest material in terms of character development and growth, as Sam and Bucky are reckoning with a brave new world. Sam is now the new Captain America.

The series is still calling him Falcon, which could have easily been a way to throw people off the scent of the Cap twist, but could also point to Sam struggling with the mantle of Cap. His arc in the show could be him coming to terms with the Captain he wants to be and the legacy of the shield, and at the end of the show, he abandons the Falcon title in favor of being Captain America. There’s so much potential in Sam’s arc that will hopefully lead to him growing into his own franchise in the cinematic branch of the universe.

Bucky is now Steve-less, and that’s a new look for Bucky. He’ll have to forge an identity beyond Cap’s best friend and the Winter Soldier. Perhaps he’ll carry on as the White Wolf? Either way, there’s room for a lot of growth beyond what he’s been previously given in the movies, and I’m excited to see how Bucky progresses. Just as long as Sam stays Cap. I don’t want them switching the title depending on whose turn it is to use the shield.

The only show that I’m still baffled by is WandaVision. A 1950’s vibe for a character who’s dead falling in love with a character who’s currently alive? It’s got to be a prequel. It could also be a way to write Wanda out before the X-Men join the fray, as she’s a mutant in the comics but not in the MCU. It would be incredible if Marvel went wild here and did a storyline like House of M, which honestly would make more sense trying to set a prequel series during the … couple of years between Civil War and Infinity War?

What do you want to see in these shows following Avengers: Endgame? Are you even more hyped for them? Let us know in the comments!