Marvel's Avengers Shows Its Hawkeye. Can the MCU Take Note? | The Mary Sue

Marvel’s Avengers Game Revealed Its Hawkeye and … Can the MCU Take Note? 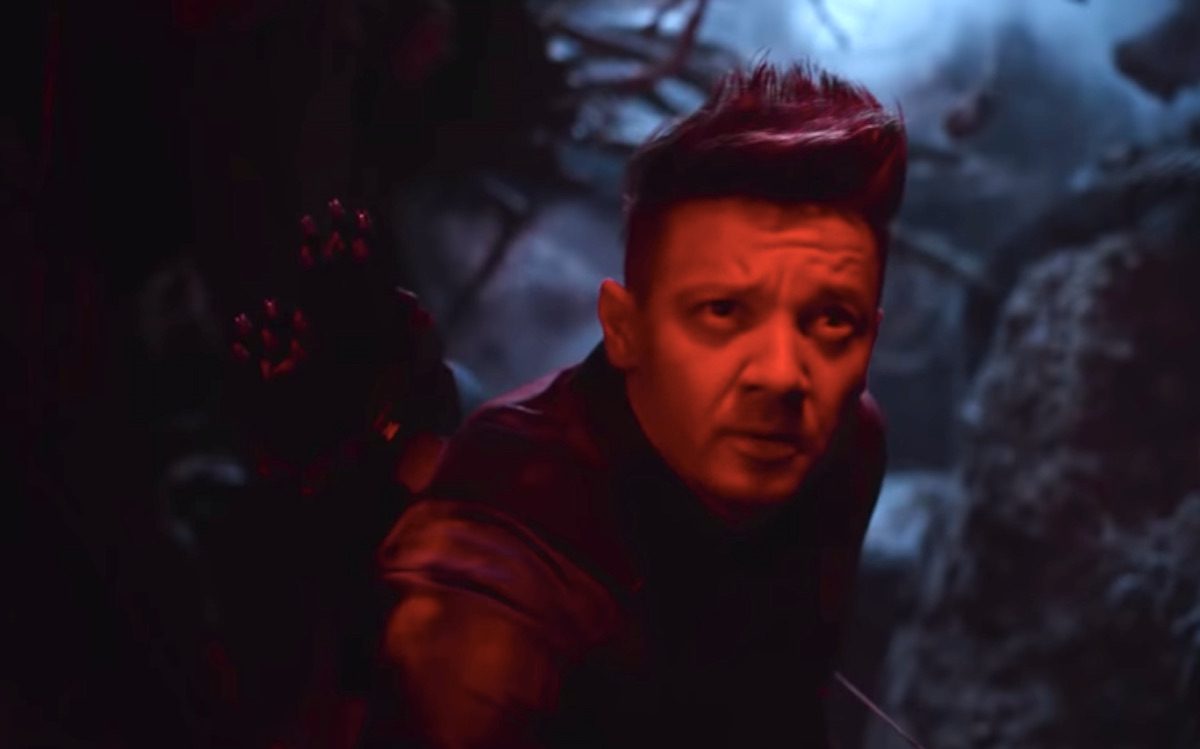 The Marvel Cinematic Universe version of Hawkeye and the comic book Hawkeye are … different, to say the least, and seeing how the new Marvel’s Avengers game brings Clint Barton to life is a bit of a shock because, for so long, we’ve come to look at Jeremy Renner’s take on the character, and I honestly forgot just how different the two are. (Renner vs. Comic Clint, that is.)

In a new look at Marvel’s Avengers, you can see Clint take out an entire room of robots with just his bow and arrow, and it seems as if he also has the hearing aids made by Tony Stark in the game. For a time, in the comics, Clint was 80% deaf and used sign language and lip-reading to communicate, until Tony created the hearing aids for him, and with the turn he does in the trailer, it seems as if we’ll be getting that Clint in the game.

All this to say that I wish (and hope) that we get some semblance of this Clint in the Marvel Cinematic Universe with the upcoming Hawkeye show. Sure, we’ve seen his skill and saw it more so when he became Ronin in Avengers: Endgame, but Clint was, in a lot of ways, a secondary character (much like Natasha). With Nat getting her story in Black Widow, I hope that the Hawkeye series (heading to Disney+ and meant to introduce Kate Bishop as the new Hawkeye) shows the skill and layers that exist within the comics.

Twitter shared its excitement for having the character as the first to join the game’s cast post-launch.

– has his own story mission chain
– new villain will be introduced as well
– pictured below: concept art of one of his other outfits

The best Avenger, #Hawkeye, is coming to @PlayAvengers post-launch. pic.twitter.com/eONc5kZNRs

Seems like Hawkeye was a main Avenger. #MarvelsAvengers #Reassemble pic.twitter.com/j6jwezl5Gp

Feels like everyone glossed over the most important part of the Hawkeye reveal: if you listen closely, you can hear a dog barking, and that totally means that Lucky the pizza dog is going to be in Marvel’s Avengers! pic.twitter.com/Is7V95eLhm

They look like a group of friends going to see an Avengers movie with those shirts on pic.twitter.com/HoNxRjQZuX

They just made Hawkeye badass🤩 https://t.co/YC2rIJ2tGM

Can I just say I really love this sequence showing how Clint is actually quite deadly. Just silence as he takes down this giant mech. https://t.co/ftYL0fPoR0

And, I am so sorry, but I cannot stop laughing at this.

Square’s Cap and Hawkeye look like they say “All Lives Matter” pic.twitter.com/pqmcnSEY7G

I’m actually really excited about this game, and I’m excited about Hawkeye (the series), too. Is this me admitting I want to learn more about Clint Barton? Oh well, but if we get a glimpse of the Clint that is in the trailer for Marvel’s Avengers in the MCU, then I’m here for it.