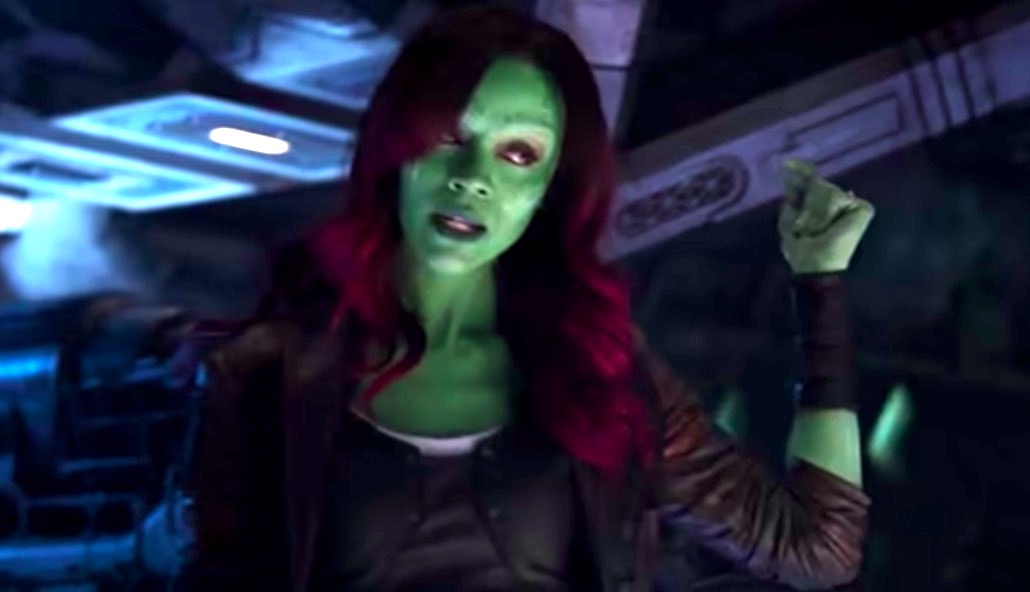 When The Avengers came out in 2012, it was Marvel’s first team-up film, and the only female member of this new team of superheroes was Natasha Romanoff/Black Widow (Scarlett Johansson). Marvel’s second ensemble film came in 2014 with Guardians of the Galaxy, and once again, the team had a single token woman: Zoe Saldana as Gamora. It was upsetting to have so few female characters be allowed into the Marvel boys’ club, but Black Widow and Gamora were at least the best of characters. They were badass, brilliant characters, and having them around meant everything while we all waited around for Marvel to get its act together and add more women to its casts.

So what does it say that Marvel killed off both of these women in the past two Avengers movies—Gamora in Avengers: Infinity War, and Black Widow in Avengers: Endgame? Not only did they both die, but in the same way: sacrificed so that some other (male) character could retrieve the Soul Stone. Now look, I know that Natasha and Gamora weren’t the only two characters sacrificed in these films. Vision (Paul Bettany) was killed twice for his mind stone in Infinity War, and Iron Man (Robert Downey Jr.) sacrificed himself to save the universe in Endgame, but the thing is, even without those two, Marvel still has dozens of male cast members left in its roster. When there are so few women in your movies, how do you kill off some of the only ones you have?

The fact of the matter is that we couldn’t afford to lose Black Widow and Gamora, but it’s made so much worse by the way that they died. Sacrifice is an awful and common trope with female characters. Whether they choose to be sacrificed, like Natasha, or they’re forced, like Gamora, when we commonly sacrifice women, we’re saying that they don’t deserve to be there as much as the other, usually male, characters. It enables the idea that the only thing women should do is put everyone else first, and the only way to be truly great is to take that to the extreme and die for others—that the best thing that women can do is to die. We sensationalize their deaths and value them over their lives. As a story device, this is often used to further a male character’s storyline, the storied “fridging” trope. We see a lot of this played out in each of Gamora and Natasha’s death scenes. Gamora is the one character that Thanos (Josh Brolin) seems to truly care about. Her scenes with him, especially as a child, are used to humanize Thanos and give him a smidge of complexity. This makes her being the thing he loves, that he has to sacrifice, all the more powerful. It’s a compelling storyline, no doubt, but it means that Gamora’s entire arc in Infinity War is about contributing to Thanos’ character and his arc, not her own.

Even if you can forgive Joe and Anthony Russo, the directors of both films, for how Gamora went out, reasoning that it was a necessary plot device in this case, it’s a lot harder to make excuses for Black Widow’s death. In the ultimate display of friendship, Hawkeye (Jeremy Renner) and Natasha duke it out for who gets to be the one to jump off the cliff and sacrifice themselves to get the Soul Stone and save the world. At the last second, Natasha wins, and she falls to her death. If it were as simple as that—two best friends trying to save each other—it might not be so bad.

Except. The reason Black Widow gives for why she should die over him is that she doesn’t have a family, and therefore, deserves to live less. A woman’s life is not worth less just because she doesn’t have a spouse or kids. In Avengers: Age of Ultron (2015), Joss Whedon, the director, made the unfortunate decision to have Natasha believe herself to be a monster for being infertile—something the KGB forced on her.

After creating this terrible story point, Marvel should have at least made it have a decent payoff. If Black Widow came to realize through her time as an Avenger that she deserves to live on this Earth just as much as anyone else, the storyline might have been almost worth it. It did seem like the Russos were on that track when they directed Captain America: The Winter Soldier (2014), their first Marvel film. It feels, in that film, like she’s realizing that even with all of the bad that she’s done, she still has something to fight for. In Endgame, however, they just throw that away. Hawkeye is apparently worth more as a character because he has a family to go back to.

The Avengers were her family, though, and after all this time, I wanted to see her embrace her life and feel worthy to take up space in the world. Other than Clint having a family, there’s no real plot reason for him to live instead of her. His role in the rest of the film isn’t essential. His actions could have easily been carried out by another character. Black Widow could have lived over him, and it wouldn’t have damaged the movie’s plot. And we really needed her in the rest of the film, because once she’s dead, and Nebula (Karen Gillan) gets replaced by evil-past-Nebula, there are only men in the room.

For those asking: what about the upcoming Black Widow movie? I assume it’s going to be a prequel now that she’s dead, and while it’s great that Marvel is finally giving the character a solo film—one fans have been begging for, for about a decade—it doesn’t change that the character won’t get the chance to grow and develop in the future of the MCU. As for Gamora, we will all have to face a third Guardians movie without her—or at least the version of her we’ve come to know, as the rest of the team possibly searches for the 2014 version of her—and the film will be less for it. It also means, barring any new characters, that Guardians is back down to a single token woman on their team for now, in Mantis (Pom Klementieff).

Black Widow and Gamora were supposed to be the unicorns. The one-of-a-kind, tough female characters that were allowed to play with the boys. When we didn’t have anyone else, we had them, and their characters weren’t disappointing; they were incredible. By killing them both off, and in the same fashion, it seems like Marvel is saying, You can’t even take the paltry few female characters we’ve given you for granted, because we have no problem throwing them away.

Did they know, when they decided to kill both of them like this, that they would be hurting their female fans, or did they just not care? Unfortunately, Infinity War and Endgame prove that the Russos, and Marvel Studios as a whole, still don’t see female characters as full characters who are important and worthy, and that says everything about what they think of women.

Linda Maleh is New York based freelance entertainment writer, with a focus on television and film. She’s a contributor for Forbes and The Game of Nerds, and has had bylines in Bustle, Polygon, Collider, and the NY Blueprint. She’s a proud nerd and feminist who loves superheroes, fantasy, and medieval history. For more of her work, follow @ljmaleh on Twitter, and like the page TV2TalkAbout on Facebook.