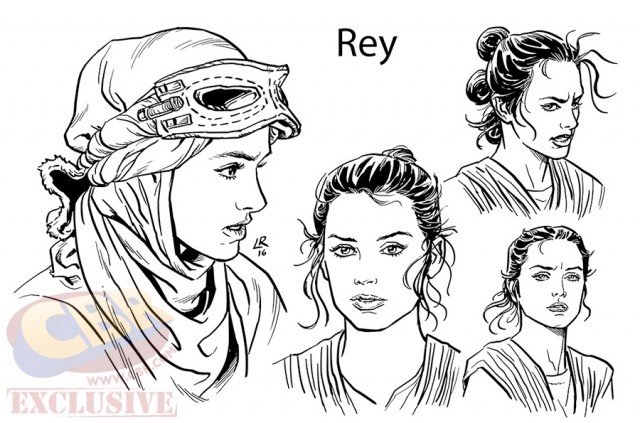 Marvel seems ready to ride this Star Wars wave as far as it’ll take them – and that’s totally fine with us! At Comics Pro 2016 today, the publisher announced an upcoming comics adaptation of Star Wars: The Force Awakens!

This five-issue limited series will be written by Chuck Wendig with art by Luke Ross and cover art by Esad Ribic. Wendig already has experience in the Star Wars universe as a novelist, having written Star Wars: Aftermath. Judging by that, as well as Ross’ awesome sketches of Rey seen above, this could definitely be worth all of us shoving our money at them. And what with the Star Wars comics already in existence, as well as the upcoming Poe Dameron comic scheduled for April, we’ll have lots to look forward to!

Star Wars: The Force Awakens arrives in comic form in June! Will you be reading?

(via The Nerdy Bird, image via Comic Book Resources, where you can check out additional teaser art!)