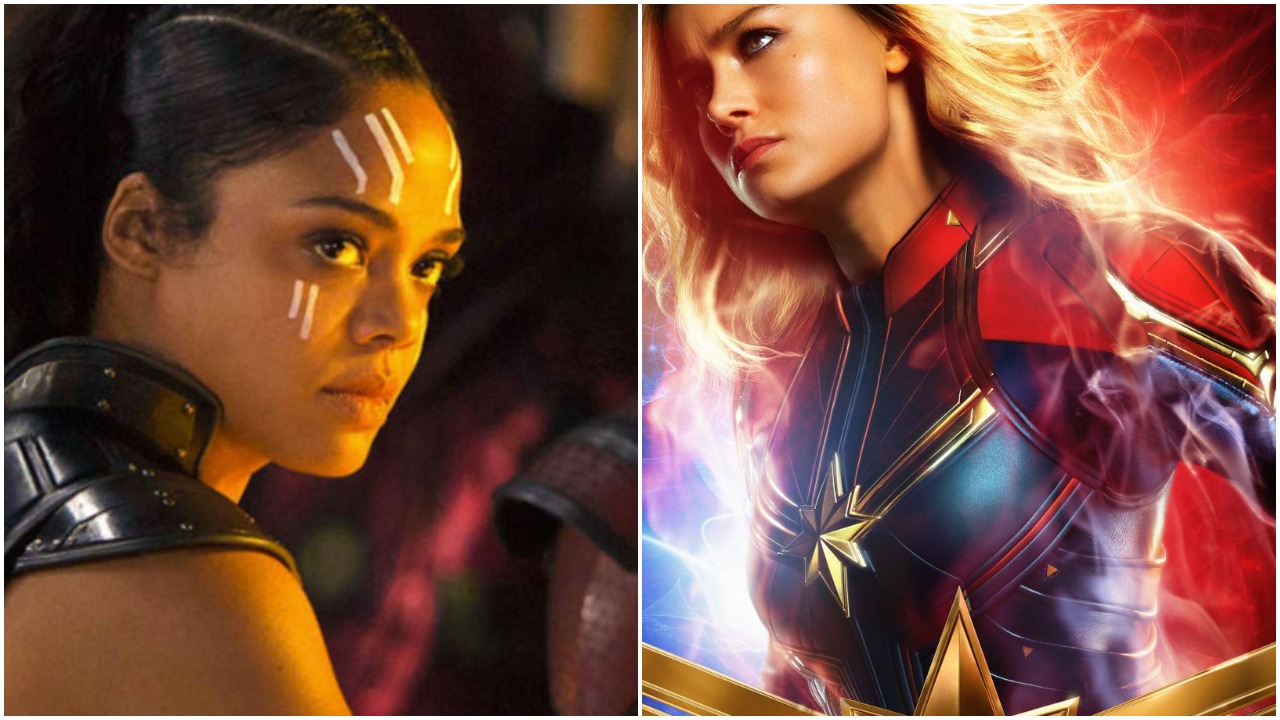 Marvel is dropping a lot of information about their upcoming slate, and we can hardly keep up with all the official news. There are also a lot of unconfirmed rumors swirling around, as well as theories for what other possible shows and movies could be about. Our top pick for a future film? An A-Force movie, which would be an all-female Avengers line-up, led by Brie Larson’s Captain Marvel.

Before we go any further, let’s stress that this is very much a rumor and a wish, and not at all a confirmed report. Still, many of the leading ladies of the Marvel universe have expressed a desire to have a team up film. Karen Gillan said that Tessa Thompson and Larson pitched the idea to Kevin Feige. “I think that was something that we were just talking about casually,” Gillan said via Cheat Sheet. “We’d all taken this big photo, like a Marvel class photo and all of the women got together afterward and we were talking and we were like ‘Wouldn’t it be so nice if every day was like this and we were just all around each other,’ and we were like ‘Let’s make it happen!'”

Obviously, Captain Marvel would be featured heavily in an A-Force movie, but who else could join her? My top picks would be Valkyrie, Nebula, Shuri, Okoye, Wasp, and She-Hulk. She-Hulk, who will be introduced to the world in an upcoming Disney+ show which will be the prologue to her appearing in future films, is key to the A-Force in the comics. If she’s being added to the MCU, that points to the possibility of A-Force coming into reality. There’s also speculation that Natalie Portman’s return to the Thor world could indicate she’s in for longterm superheroic possibilities in the MCU.

Valkyrie is a must for any A-Force. As the new King of Asgard and a fan favorite, she has to be featured. Besides, if Larson had pitched this to Feige with Thompson, it would be embarrassing if she didn’t appear. Valkyrie and Captain Marvel could team up with She-Hulk to form the team, and hopefully they wouldn’t go through the same forced drama that the male-dominated line-up went through in literally every team-up movie.

In a deleted scene teased at D23, it was shared that there was going to be a scene in which Okoye and Valkyrie switched weapons and teamed up during the final battle. First off, it’s embarrassing that that didn’t make the final cut. Second of all, if that’s not a tease for Okoye joining an all-female team-up, then I don’t know what it could have been. Okoye is a beloved character, and she’s a total badass. If Shuri, another fan favorite, joins her, that’s even better. Both were underserved by Infinity War and Endgame, so let them kick more ass.

Wasp, one of the founders of the original Avengers team in the comics, deserves her chance to shine as an Avenger after the films erased her role from the original line-up. Nebula, who’s had a beautiful arc, also deserves to get to be part of an all-female team where she continues to grow and grapple with her trauma from Thanos. Both of them would have the snarkiest banter, and I’m here for a bunch of awesome ladies snarking and kicking ass together.

As for Kate Bishop as Hawkeye and Kamala Khan as Ms Marvel, both of whom will appear on Disney+ shows? I hope they get their own Young Avengers movie sooner rather than later, hopefully featuring America Chavez. (America is also rumored to have a possible Disney+ series, but this is all very much unconfirmed.)

One caveat here is that if the introduction of so many key female characters (like Kamala Khan, She-Hulk, and Kate Bishop) comes solely through Disney+, Marvel is essentially making keeping up with all of the TV series a requisite to understanding future movies’ trajectory. The synergy between the streaming network and the silver screen will be interesting, to say the least.

Who do you want to see in an A-Force movie? Let us know in the comments!