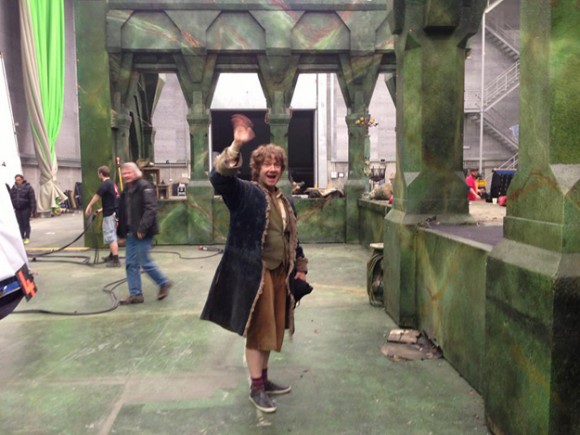 Sir Ian McKellen and Orlando Bloom have both left the set of The Hobbit for the last time, and now Martin Freeman has as well, assuming Peter Jackson doesn’t decide to add even more movies to the series. Jackson posted the photo above, and another of Freeman with costar Benedict Cumberbatch, on his facebook page, and shared some thoughts on the impending close of the filming of The Hobbit. Read on to hear what Jackson had to say, and to see Cumberbatch petting Freeman’s hobbit feet.

Tonight Martin Freeman finished his last shot as Bilbo Baggins. The end of an incredible two and a half years. I cannot imagine anyone else in this role – a character that Martin has nurtured and crafted with love and great skill.

We have said goodbye to our elves, humans, wizards and now the hobbit. We now enter our final 2 weeks of pick-ups, and it’s wall to wall dwarves. These pick-ups have been gruelling and intense, but I’m so happy with what we’ve been shooting. These next two movies are going to be pretty great!

While the photo of Freeman waving goodbye was followed by the sweet and reflective note above, the caption for the image below is simply, 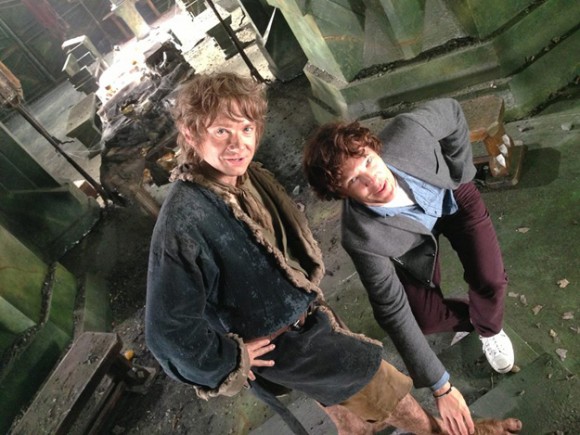