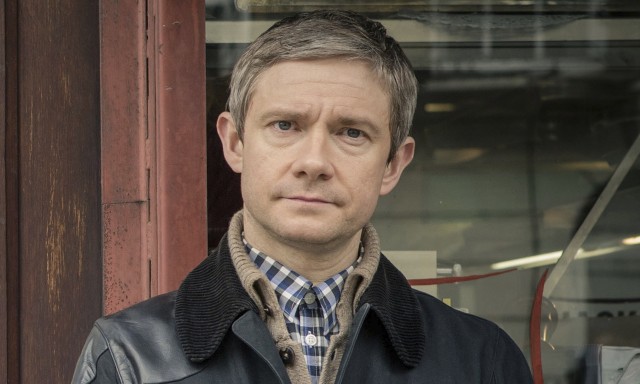 We’ve just gotten word that Sherlock and The Hobbit‘s Martin Freeman has joined the cast of Marvel’s upcoming (and by “upcoming,” we mean next year) Captain America: Civil War! This is the first time Freeman has been involved with the Marvel Cinematic Universe.

According to Marvel’s Kevin Feige:

From his roles as Bilbo Baggins and Doctor Watson to Tim in The Office, Martin’s range from the dramatic to the comedic has consistently impressed us. We couldn’t be more honored or excited to have such a talented actor join the Marvel Cinematic Universe.

The announcement seems ready to destroy the Internet, as evidenced by this tweet from Andrew Wheeler:

<Learns that Martin Freeman has joined Benedict Cumberbatch in the Marvel Cinematic Universe> <Walks away as internet explodes behind him.>

What do you think about Freeman joining Captain America: Civil War? And more importantly, whom do you think he’ll be playing? (And if you say Spider-Man, you should know that you’re not the first person to make that joke. Not by a long shot.)