Snowsuits that the little green men might have worn as of yet unconfirmed. 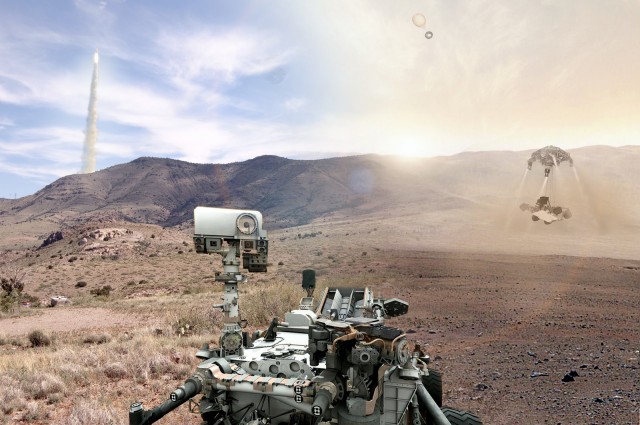 While scientists are now certain that there was once water on Mars, there are still many questions about what that means. Questions linger over how much water there was, what form it may have taken, and what role it had in the Martian ecosystem. Researchers at Brown University have been studying some of these questions, and have found evidence to support the theory that the water regularly precipitated on Mars, suggesting a history of snowy seasons on the Red Planet.

Several valleys in a variety of locations on Mars appear to have been crafted by a geological phenomenon known as orographic precipitation, which is what happens when precipitation — like rain or snow —  falls, and is then pushed back up by wind. Brown geological sciences graduate student Kat Scanlon recognized potential indicators of the effect on Mars from her work in Hawaii, where it is often present. The team then went looking for locations that suggest orographic precipitation (namely, networks of valleys along higher surfaces, such as mountains or the raised edges of craters), and used a general circulation model to simulate how the precipitation that caused them would be likely to fall.

Models  from the Brown team have predicted a cold climate, leading the researchers to call the precipitation snow, though it is possible the valleys would have melted the snow. Now, researchers are turning their lens on the related issue of how they snowfall they suspect would have melted, and whether that melting process would be enough to carve valleys on its own. These continuing studies of the role of precipitation will help scientists understand the ancient Martian climate, which could be a key factor in determining if the planet ever supported life.

(via phys.org, image via Tom Blackwell)