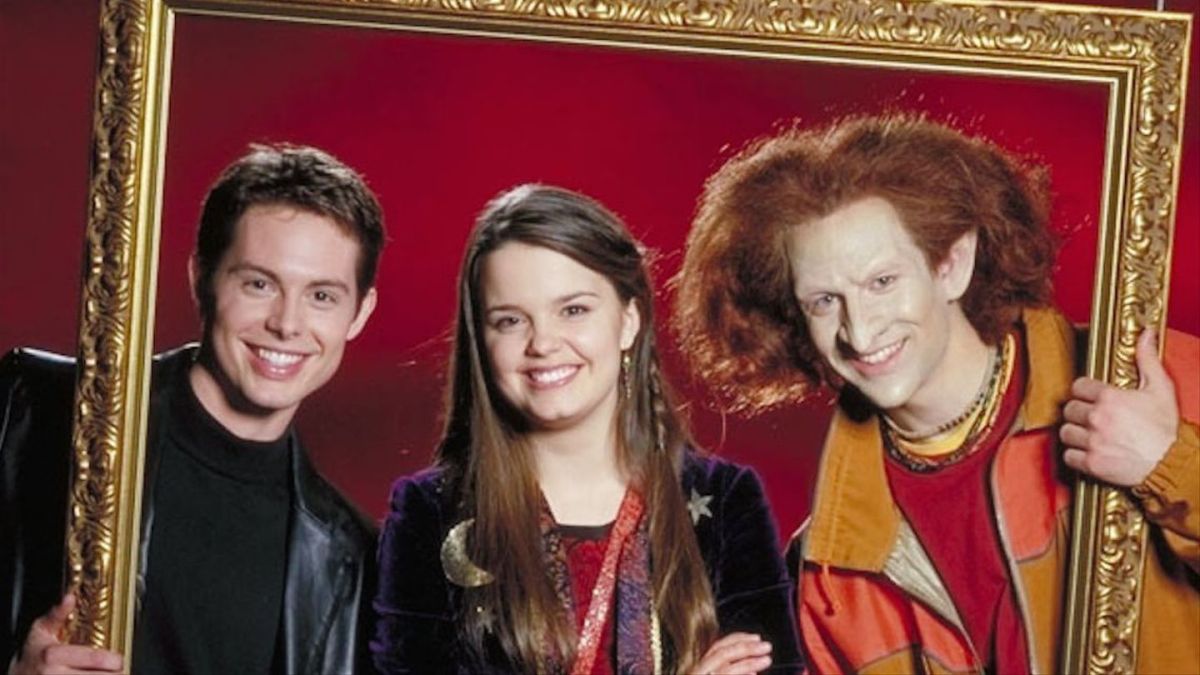 There is no shortage of nostalgic Halloween movies out there to enjoy this time of year, especially for the generation that grew up enjoying the Halloweentown movies on the Disney channel. Now thanks to Disney+, new generations are enjoying the adventure of Marnie and the Cromwell witches. And thanks to Instagram and TikTok, Kimberly J Brown, who played Marnie, is showing that she’s still got Halloween in her heart and a few props in her closet.

Brown starred as young witch Marnie Piper in the three Halloweentown movies (we do not speak of Return to Halloweentown) opposite Debbie Reynolds an Aggie, among others. Marnie loved all things Halloween, and judging by her Instagram, Kimberley has a lot in common with her character.

When it’s finally September 1st and just that much closer to pumpkin spice everything….🎃 📸: @bridgetmarievintage

And her TikTok account is equally full of spooky fun and she shared recently some of the props she kept from the Halloweentown movies!

But the coolest thing she’s got at home from the set of Halloweentown II: Kalabar’s Revenge—you know, the one where Kalabar’s evil son Kal tries to take over?—is Kal himself, Daniel Kountz! The pair have been dating for a while and they’re pretty gosh darn adorable.

Just enjoying sitting amongst the giant pumpkins as one does. How’s your day going? 😁🎃👫 📷: @bridgetmarievintage

I just came across this Halloween style awkward family photo that @danielkountz and I took a few years ago. Seamus, @emilycannon86 ‘s cat could not have been more annoyed at us and let the camera know it. 😂 #tbt 🎃

They both seem to have a great love for their time in Halloweentown, and a good sense of humor about it.

Brown also runs an Etsy shop, Craftily Creative, with Halloweentown-themed creations for all the witches or warlocks in your life. This truly was a role that changed Brown’s life.

In 1998, this 13 yr old girl spent her summer playing the teenage witch granddaughter of Debbie Reynolds in the @disneychannel film #Halloweentown, having no idea what special magical life the film would have yearrrsss after it premiered. And here I am, on its 22nd anniversary, profoundly honored and humbled that people still want to watch it every year and share it w/their families. While I was so inspired by playing Marnie and by sharing the screen w/ Debbie and the amazing cast; I never could have known how much magic and inspiration you the fans would show me year after year. I’ll never be able to truly express what it has meant to me. Happy Anniversary #halloweentown, Marnie is so grateful for all the magic 💜 ✨

It’s great that Brown is so comfortable with this very specific fame, and it clearly brings joy to so many people who love these movies and know that “being normal is vastly overrated,” as Aggie Cromwell might say.