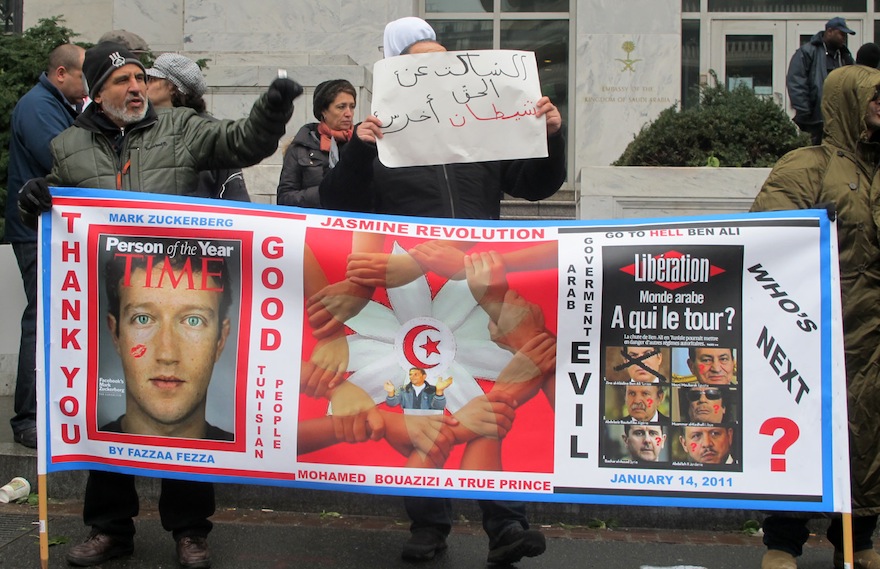 …And he’s the good guy. The Atlantic’s Alexis Madrigal says that the protest banner thanks Zuckerberg due to social media’s role in organizing the Tunisian people to overthrow a corrupt government. That guy on the “evil” side of the spectrum is Zine El Abidine Ben Ali, who was ousted from power earlier this month and fled to Saudi Arabia. This photo was taken outside of Tunisia’s Saudi Arabian embassy.